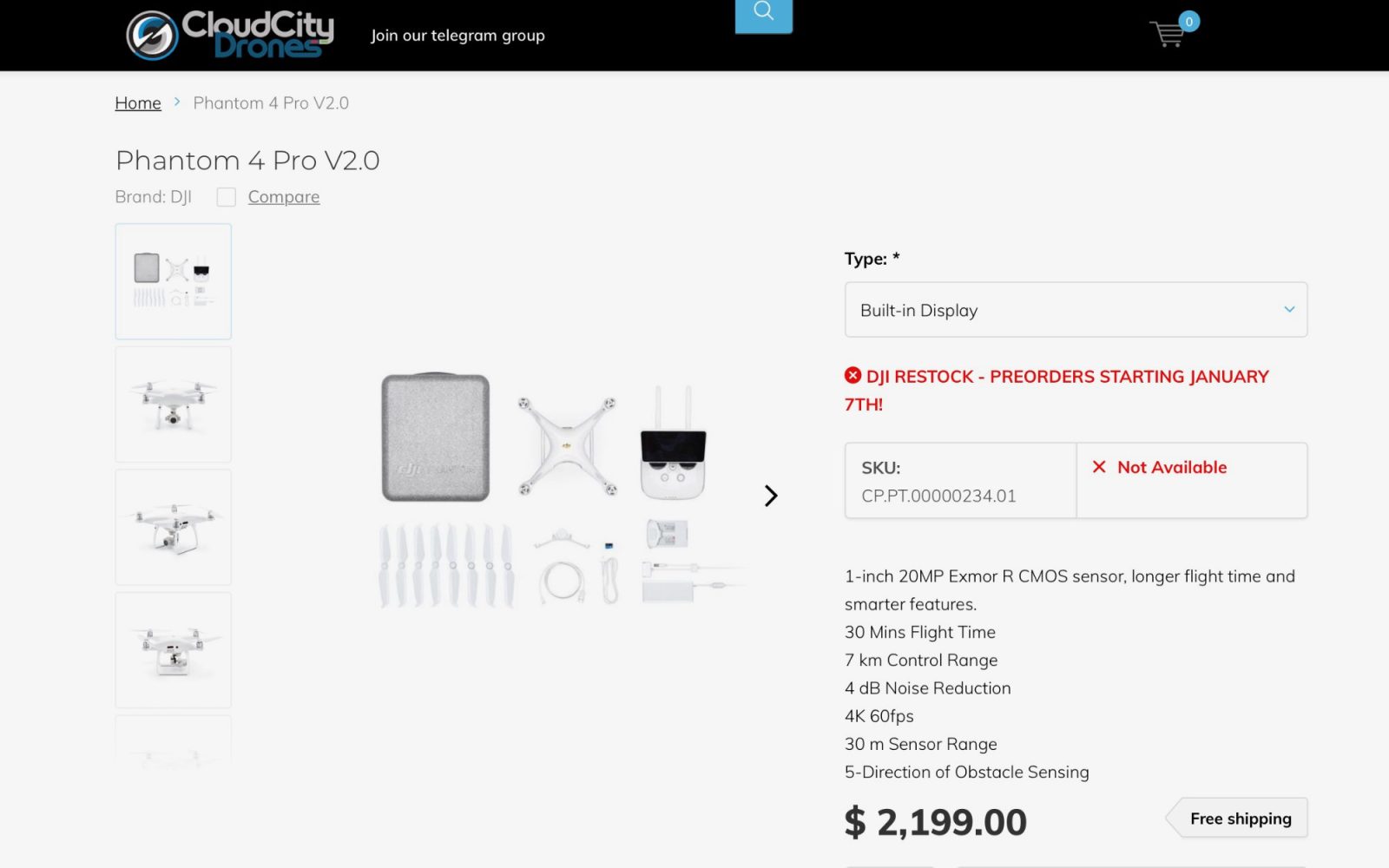 Many drone pilots were stunned by the FAA Christmas surprise this year. Hopefully, the following news will bring back a little bit of happiness to this year’s end. Based on a listing of an official DJI reseller it seems that retailers are now restocking the DJI Phantom 4 Pro V2.0 and pre-orders are set to start January 7th, 2020.

On the official DJI reseller’s website, Cloud City Drones you can find the listing of the DJI Phantom 4 Pro V2.0. Once it becomes available, the iconic quadcopter can be ordered in combination with the remote controller and 5.5″ screen for $2,199 or without for $1,729. These prices are the same as currently listed on the official DJI website.

Apparently the official DJI retailers are currently restocking and based on the text in the listing, the DJI Phantom 4 Pro V2.0 will be available for preorder as of January 7th, 2020.

The last time we reported on the DJI Phantom 4 Pro V2.0 was right before Christmas when we received confirmation from two independent sources that the quadcopter would be available again during the second week of January, which happens to coincide with CES in Las Vegas.

So far the reactions from our readers have been very positive to this news with one person saying:

“Yeah this is outstanding! And I hope it is something that can sustain for a while! I’ve always said that they need something for the between BETWEEN M2P and the Inspire platform because..its like this, yes the mavic line is an incredibly capable and powerful portability aimed airframe that far out paces all off the shelf drones (even P4P) in many ways, so I’m not knocking Mav in any way at all as I finally bought a Mav pro 1 myself and couldnt do without it now in certain environments. However…there are still many situations where that extra girth and platform stability as well as Atti mode at the flip of a switch, to name just a couple, are abilities that can mean the difference in whether a job is safely doable or not without having to jump from a mavic to the small helicopter sized Inspire. ( Not knocking Inspire either, obviously an awesome bird! A BIG awesome bird lol ) So yep I really feel that while this might not be a huge deal for casual fliers, it is a VERY big woo hoo moment for a lot of us! The ADS-B issue wont be a major hang up until its mandated fully, and even then I dont see why Deej couldnt upgrade or release a retrofit module, I dont think that one would be too difficult to solve 👍.. Phabulous news!! I’ll be ordering one for sure 🙂” 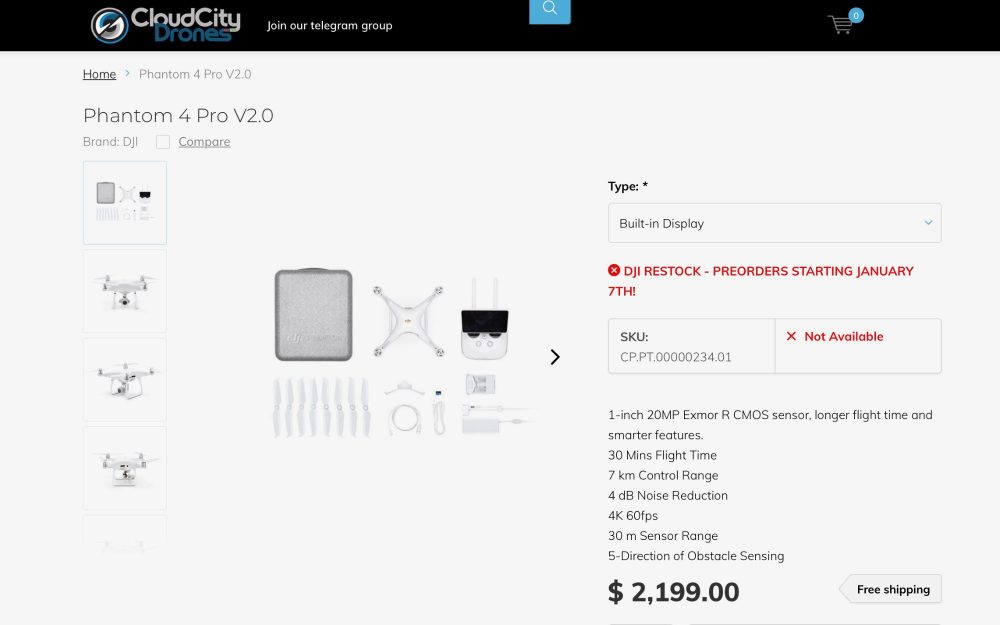 What do you think about the DJI Phantom 4 Pro V2.0 returning? Excited? Let us know in the comments below.