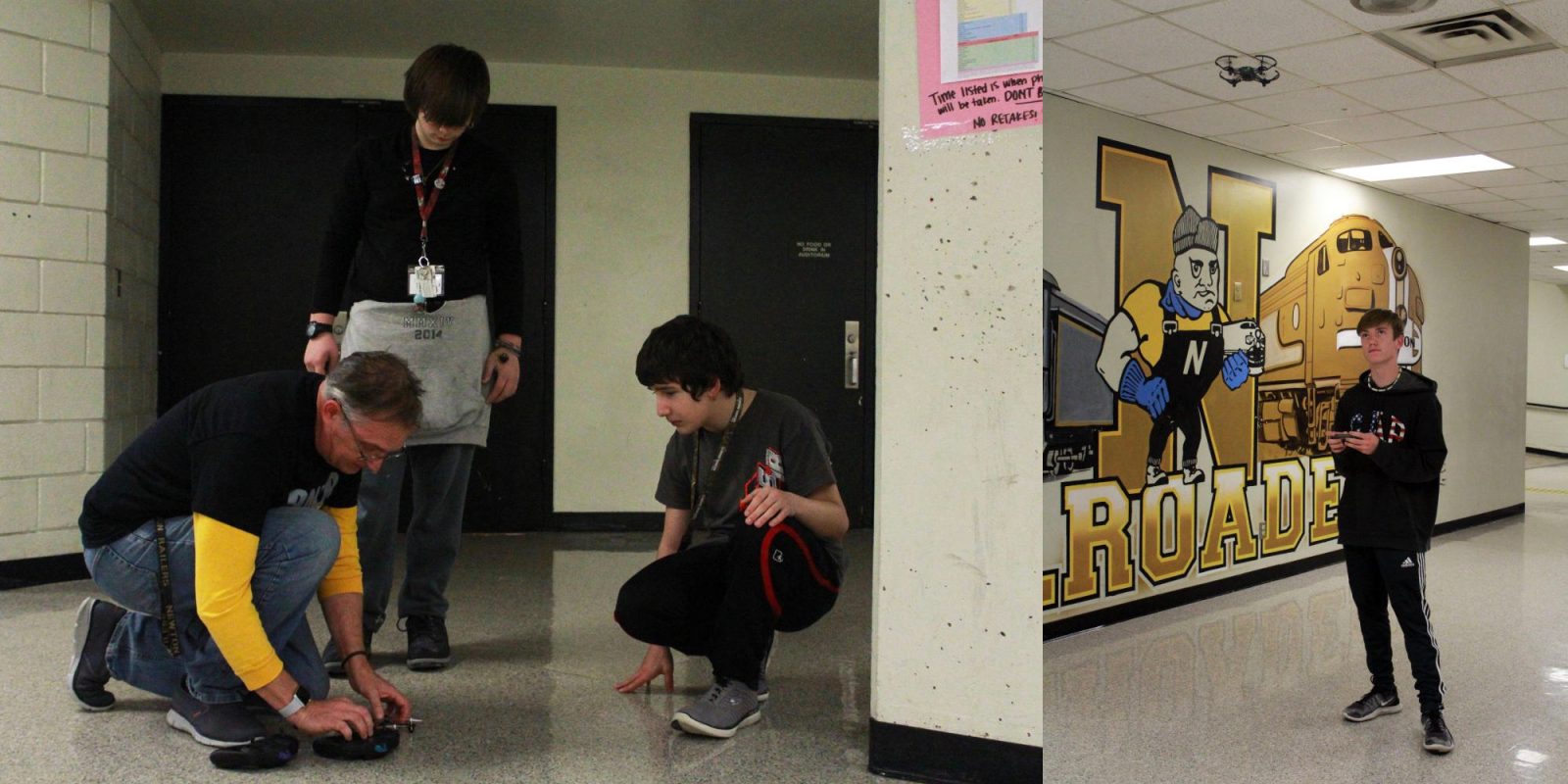 Students fly high in a new drone club at Newton High School in Kansas. It developed out of an interest to get a new class started in the career and technical education program. The drone club was officially started in the fall of last year.

CTE director Blake Smith and NHS English teacher Scott McCloud worked together to make the club a reality. They were unsure if the class would get the official green light, however, they were keen on getting students the opportunity for hands-on experiences with drone technology, as soon as possible.

Being a licensed drone pilot himself. McCloud brought some of his personal drones to the school to help get the club started. Simultaneously, the high school also purchased a couple of drones for the students in the club to use.

Currently, the club has eight members as part of the initial group and they meet quarterly to get hands-on experience flying these drones.

One of the reasons to get the drone club started at this high school was to facilitate opportunities for students with career aspirations in drone technology who otherwise may not have gotten the chance to do so. The club was also started to generate more interest in the class itself.

“We had several kids who talked to me just knowing that I had a drone pilot’s license. That’s a career they’re interested in,” McCloud said, according to The Kansan. “So, we have two (kinds of) kids. We have a couple kids, they want a license and a career, so they’re using the club to get some flying experience and pick my brain on what you need to do. Then, we have four or five kids, they just want to fly.”

When the drone club meets every quarter they start out with a 10 to 15 minutes review of safe flying practices before the students get some hands-on flying time at an open field nearby.

Students in the club come with all kinds of flying experience. Some of them are beginners, whereas other ones are experienced drone pilots working towards getting their licenses.

McCloud also pointed out that drone flying is fun, and at the fun is an element that attracts a lot of students. McCloud has offered the opportunity for some of the more advanced students to work on programming the unmanned aircraft that feature those capabilities.

“My goal is to give kids a chance to pass the remote piloting command (test) and then get a chance at an emerging career,” McCloud said. “This is an opportunity for them to get some sense of what programming a drone looks like.”

The ultimate goal of the drone club is career expert preparation. And this was officially approved by the Board of Education in December. McCloud says that investigating the depths of drone technology is the main driver. He also said he would be okay if the club simply served as a means of exposure to this drone technology.

“I think there’s a really good chance of some really good jobs in the future. It’s an emerging technology, it’s an emerging career field. I know some professional pilots who are doing it as a career. If kids are interested in that, then it’s my pleasure as a teacher, let me help,” McCloud said. “Even if not, I’d love to see the drone club just grow as a club and meet all kids who want to try their hand at it.”

Buy your next drone directly from manufacturers such as DJI, Parrot, and Yuneec, or retailers like Adorama, Amazon, B&H, BestBuy, DroneNerds, or eBay. For our Canadian readers, we recommend buying your drones at Drone Shop Canada. By using our links, we will make a small commission at no additional cost to you. Thank you for helping DroneDJ grow