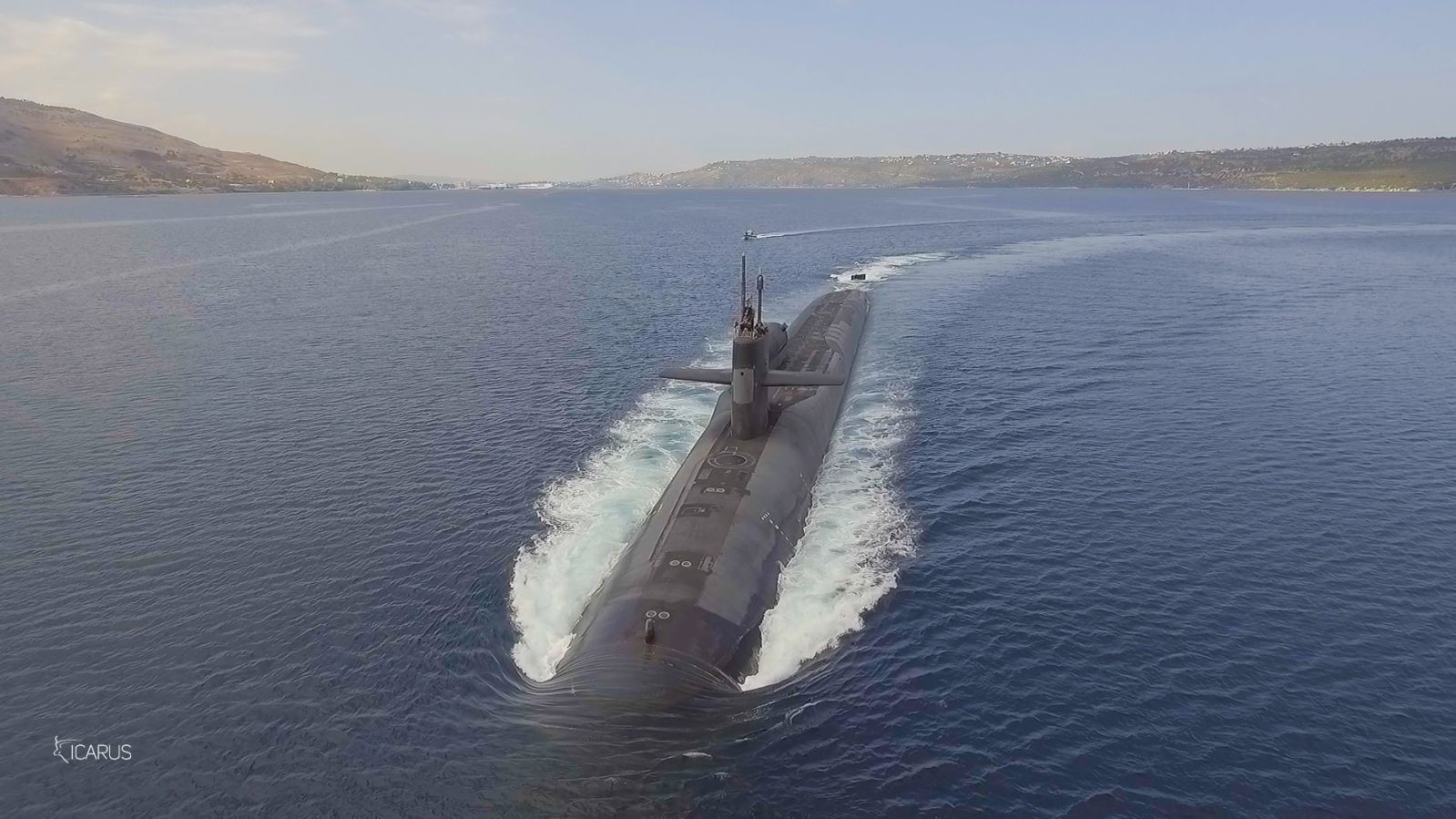 Greek commercial drone pilot using a DJI Phantom 4 captured amazing footage of the nuclear-powered submarine USS Florida in the eastern Mediterranean. The photos and video footage that was captured by Kostas Klitsogiannis was used in an article and video by ABC News.

ABC News gives a peek inside the nuclear-powered submarine USS Florida in the eastern Mediterranean and Greek commercial drone pilots Kostas Klitsogiannis from Icarus Filming and Photography Services was asked to provide some aerial footage, with permission from the U.S. Navy, of the massive 18,000-ton weighing submarine.

The photos shown here are screenshots taken from 4K video footage, so don’t judge them on their image quality. Do judge them by the amazing view they provide of this U.S. Navy guided-missile submarine.

Apart from having an operational nuclear reactor on board, the USS Florida also carries seven Tomahawks, torpedos, and a crew of 160.

The USS Florida is currently patrolling the eastern Mediterranean to provide a set of ‘silent eyes’ for the U.S. Navy and to let the Russians, who have been active in this area, know that they’re being watched.

“Do you have company here in the Mediterranean?” asked ABC News anchor David Muir who was given rare access recently as he spent 24 hours traveling with the crew aboard the submarine.

“We do have plenty of company. The Russians are very active and we’re active with them,” said U.S. Navy Rear Adm. William Houston, who is currently serving as deputy commander of the U.S. 6th Fleet.

What do you think of the DJI Phantom 4 aerial footage of the nuclear-powered submarine USS Florida? Let us know in the comments below.