Drones with ‘detect and avoid’ tech tested in Blacksburg, Virginia 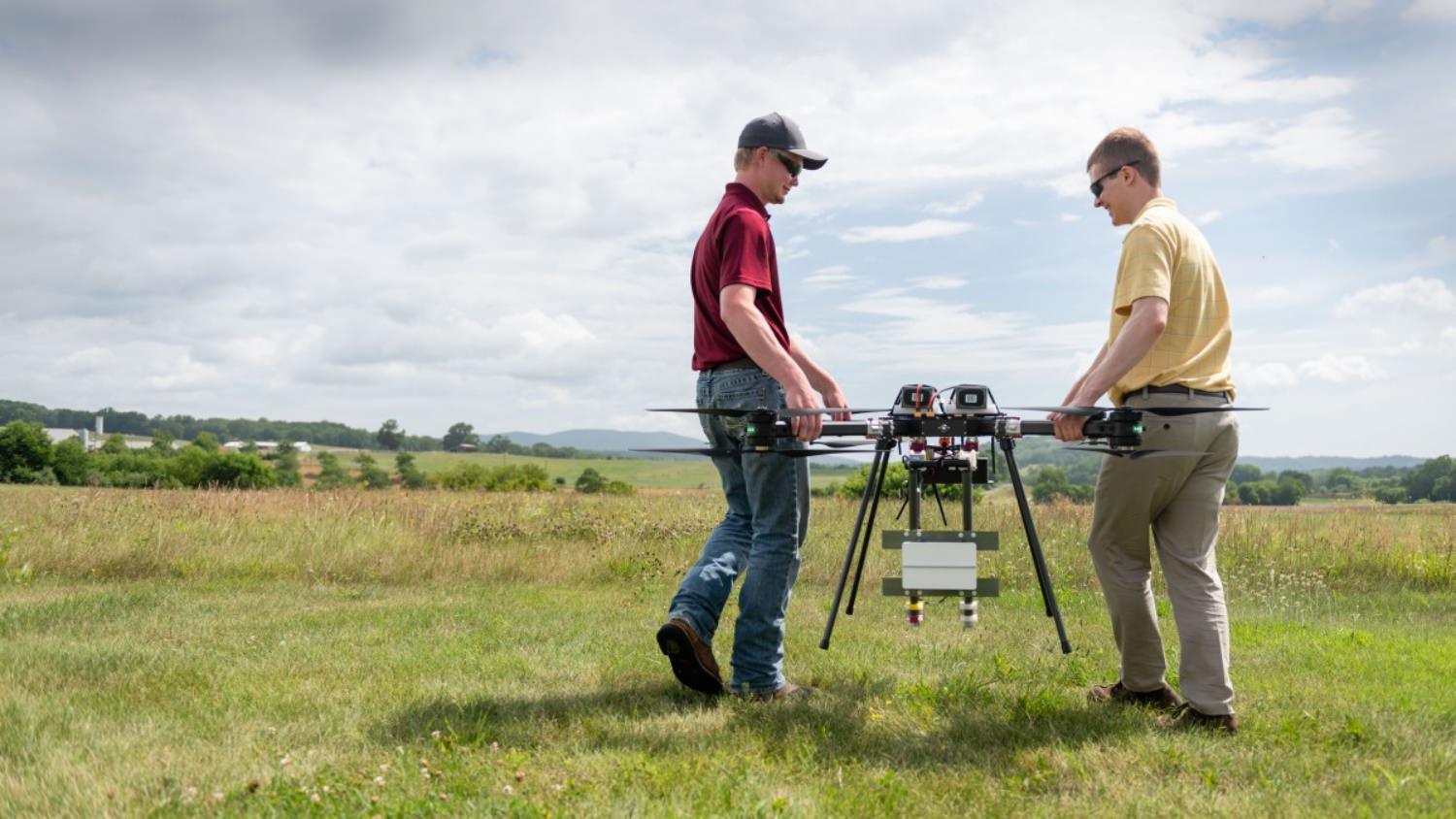 Drones with ‘detect and avoid’ tech are being tested in Blacksburg, Virginia. One of the unmanned aircraft is a fixed-wing, NASA-operated Tempest drone. The other one is a more traditional quadcopter carrying a special box. The two drones are set on a collision course, but before actually colliding the quadcopter should autonomously detect and avoid the fixed-wing drone.

Drones with ‘detect and avoid’ tech tested in Blacksburg, Virginia

David Zarley writes for FreeThink that:

To an outsider’s eyes, what’s happening in the skies over Blacksburg, Virginia, looks like a budding disaster. Two drones whine through the air, headed at each other — and at the same altitude. A head-on collision is imminent.

One resembles a Jetsons’ take on an airliner, all long white wings and a fuselage the color of a space shuttle fuel tank — appropriate, for a NASA-operated Tempest drone. The other is a quadcopter, that classic drone with four propellers, but it’s carrying something unique: a box that looks like a router. That box is key to solving one of the most vexing issues of drone flight. The FAA requires all vehicles in the sky to be able to see and avoid other vehicles.

“My own gut feel,” says John Coggin, “is that 98% of the economic potential of UAS (unmanned aircraft systems) will not be realized until detect-and-avoid solutions are robust.”

Coggin is the chief engineer at Virginia Tech’s Mid-Atlantic Aviation Partnership (MAAP), working with NASA to develop detect-and-avoid ability for drones. The drones flying head-on over Virginia are part of MAAP’s project.

“The two things that make it difficult is you have to be able to detect both the cooperative and the non-cooperative traffic,” says Kristy Kiernan, an associate professor in the College of Aeronautics at Embry-Riddle. “And also you’re talking about a range of objects you need to detect, from the very small to the very large.”

“Cooperative traffic” is broadcasting a signal at all times, making it easier to avoid; MAAP focuses on the non-cooperative, the vehicles that are not announcing their presence. And those vehicles all look different on radar, sound different, and move in different ways.

There are three leading candidates for sensing “intruders” into a drone’s airspace, Coggin says: radar, auditory sensors, and computer vision. All have their advantages and drawbacks.

Detecting an intruder into a drone’s airspace is only half the battle, of course. The drone must have the ability to safely get out of the way and resume its flight.

You can read the entire article here and also find more info here.

What do you think about ‘detect and avoid’ tech for drones? Let us know in the comments below.