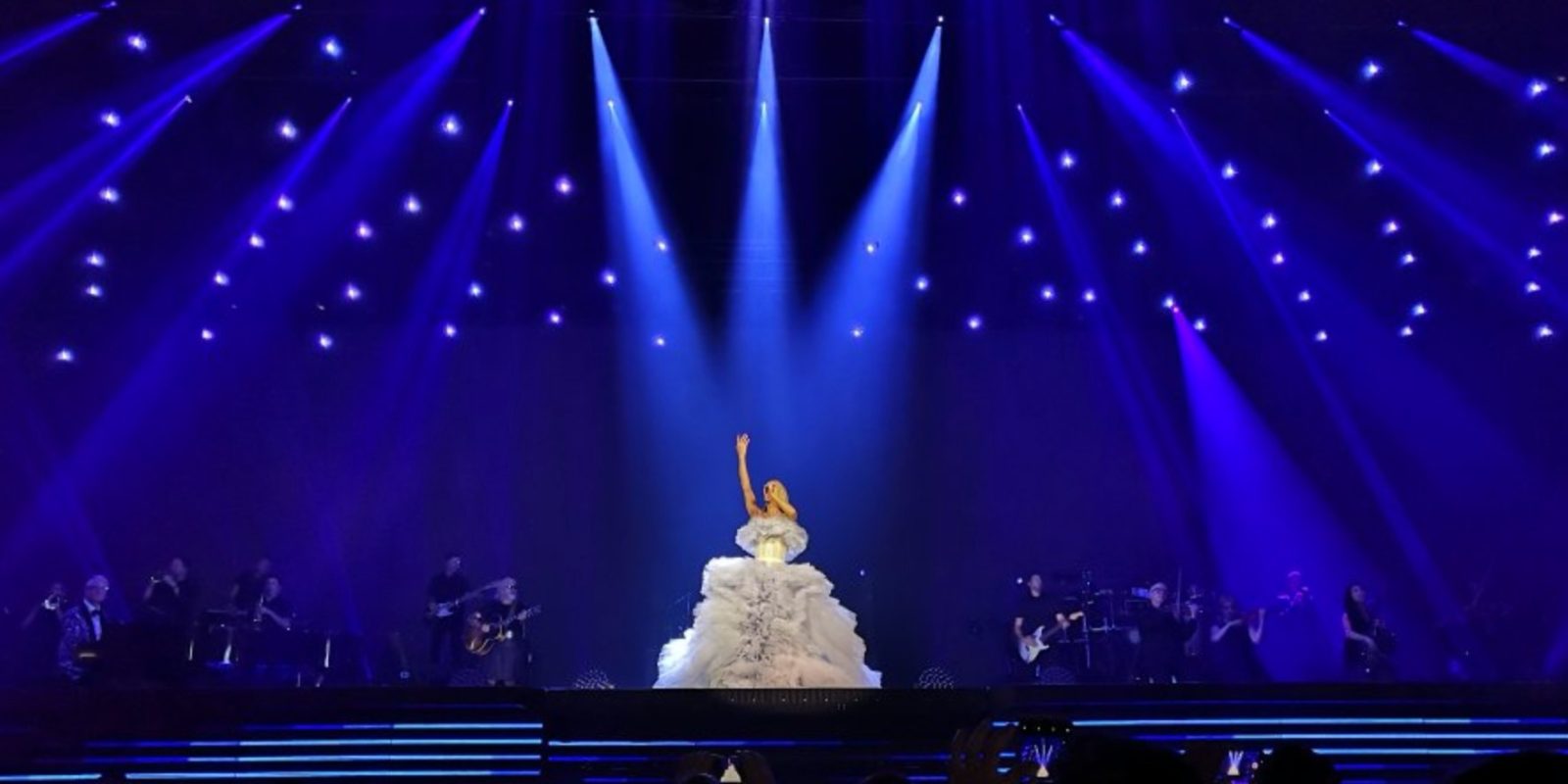 [Ed. Note: Yes we are aware that the tour will likely/hopefully be cancelled because of the Coronavirus, but after the pandemic ends…]

This year, if it goes ahead in light of the coronavirus pandemic, 104 Verity micro-drones accompany Celine Dion on her Courage world concert tour. When Celine sings, “My Heart Will Go On” and raises her arms, the little aircraft fly up in the air.

We have already seen many instances where fireworks have been replaced by drone light shows, but now we’re seeing that drones are becoming a more common effect and are used at many concerts.

Indoor drone light shows have shown that they can be both a great surprise to audiences and help tell complex stories. This is exactly what Yves was looking for when he designed the latest world tour for Celine Dion.

Yves has been Celine’s lighting designer for more than 30 years. Working with the entertainer for such a long period has had some unique challenges, namely, how to keep things fresh when designing new concepts or songs that have been around for many years.

For Celine Dion’s Las Vegas residency show, Yves designed a water feature that sent thousands of gallons of water splashing around her during “My Heart Will Go On.” Of course, such a water effect is not easy to bring with you on a world tour. This is where the Verity’s micro-drones came in. 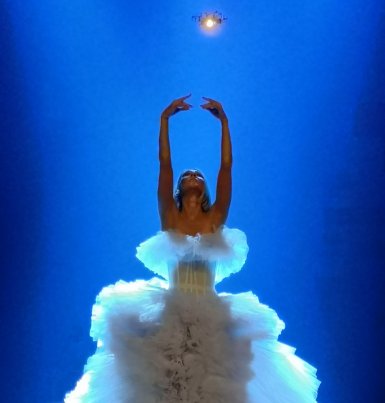 According to Inc., Yves decided to contact the Swiss startup Verity to help produce and choreograph a drone light show that would be reminiscent of the water effect. The little unmanned aircraft light up in spectacular blue colors and move up and down in a pattern that is somewhat similar to the rhythm of waves on the beach. At the end of the song, one of the drones almost lands in Celine’s hands just before shooting back up in the air. It’s an exciting moment that keeps people wondering whether she will actually catch the drone, or whether it will just fly around her.

Verity’s micro-drones are only a two-minute moment in a show that lasts for two hours. However, they play a crucial role in making sure that the fans keep talking about the concert, even when the show is over.

What do you think about Verity’s indoor drone light shows? Let us know in the comments below.