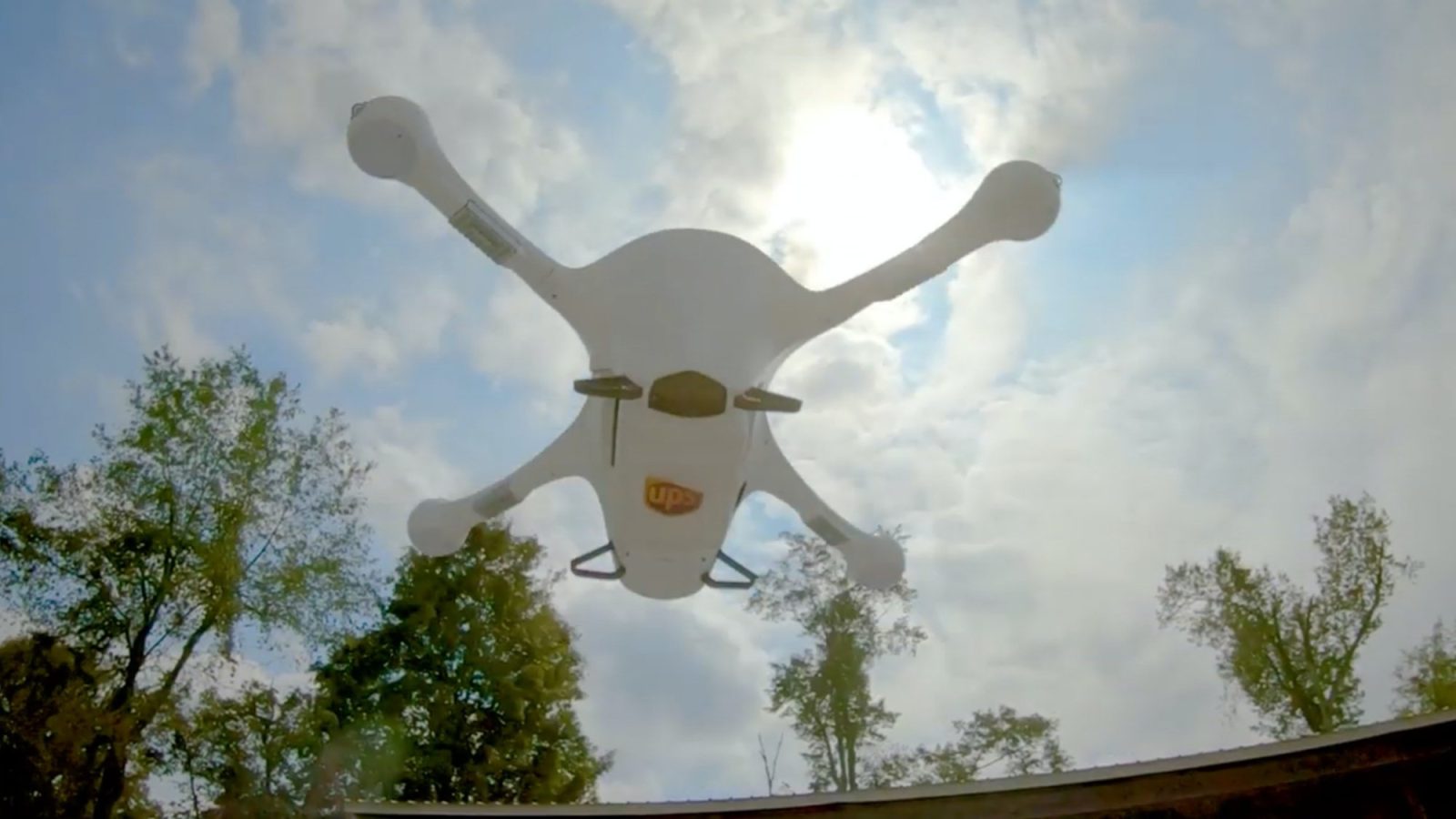 UPS drone delivery subsidiary UPS Flight Forward (UPSFF) today said it would collaborate with German drone-maker Wingcopter to develop the next generation of package delivery drones for a variety of use cases in the United States and internationally.

UPS chose Wingcopter, a transport drone pioneer, for its unmanned aircraft technology and its track record in delivering a variety of goods over long distances in multiple international settings.

“Drone delivery is not a one-size-fits-all operation,” said Bala Ganesh, vice president of the UPS Advanced Technology Group. “Our collaboration with Wingcopter helps pave the way for us to start drone delivery service in new use-cases. UPS Flight Forward is building a network of technology partners to broaden our unique capability to serve customers and extend our leadership in drone delivery.”

As part of this collaboration – UPSFF’s first new relationship with a drone manufacturer since its formation – both companies will work toward earning regulatory certification for a Wingcopter unmanned aircraft to make commercial delivery flights in the United States. It also is a critical step toward building a diverse fleet of drones with varying capabilities to meet even more potential customer needs.

“We are proud to partner with UPS, a global giant in delivery and logistics. Together we aspire to extend the speed and reach of package delivery,” said Tom Plümmer, Wingcopter chief executive officer and co-founder. “Our vision has always been to leverage technology to improve the lives of people around the world, and the strategic relationship with UPS will further accelerate our growth and global expansion, strengthening our role as an industry leader in drone technology.”

The Wingcopter drones feature vertical takeoffs and landings in tight spaces, transitioning to efficient, high-speed horizontal flight, enabling ranges suitable for a variety of uses. These capabilities will allow UPSFF to begin developing solutions that, if approved, will go well beyond the healthcare and retail industries to solve long-standing challenges for high-tech, industrial manufacturing, hospitality, entertainment and other customers.

Wingcopter has already proven its capabilities in numerous beyond visual line of sight (BVLOS) projects and for diverse customers around the world – from commercial, factory-to-factory deliveries to life-saving humanitarian projects and emergency medical supply. For example, Wingcopter delivered insulin to an Irish island in the North Sea that is frequently cut off from the mainland due to bad weather. On the South Sea island of Vanuatu, the start-up, on behalf of the local Ministry of Health and supported by UNICEF, successfully set up an on-demand vaccines supply, delivering the urgently needed serums within minutes to multiple different health centers.

The core innovation behind the company’s electric-vertical-takeoff-and landing drones is the patented tilt-rotor mechanism, which enables a seamless transition between two drone modes: multicopter for hovering and fixed-wing for low-noise forward flight. The aerodynamic Wingcopter aircraft operate with unmet stability even in harsh weather conditions.

UPSFF last year began operating commercial drone delivery flights in the UPS network, starting with delivery service at WakeMed’s flagship hospital and campus in Raleigh, N.C. Since then, the company has delivered thousands of medical samples via drones, supplementing a ground courier service. UPSFF later announced plans to establish drone delivery services on several healthcare campuses and has been exploring the use of drones to deliver retail, prescriptions and medical products in residential settings.