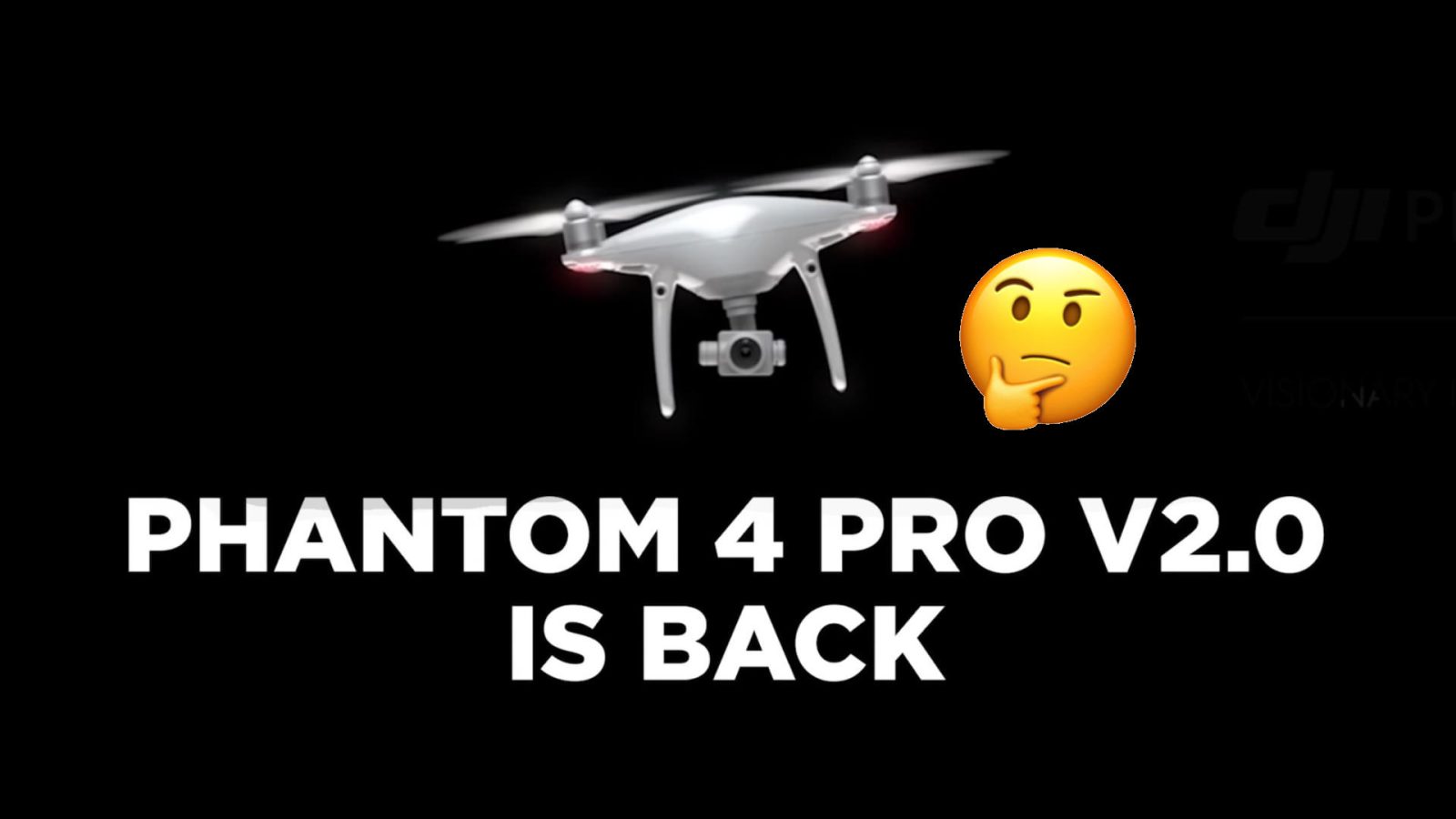 As you might have seen on YouTube, Facebook, or Twitter yesterday, the Chinese drone maker DJI announced that the company is “Introducing the DJI Phantom 4 Pro V2.0,” and that the “DJI Phantom 4 Pro V2.0 is back.” This is a bit weird and confusing since the iconic quadcopter has been back in stock for some time now. As you can imagine, the announcement from DJI caused some confusion among drone enthusiasts. Is this a new version of the Phantom 4 drone? No, it’s not. This is the same old, same old. SO why did DJI make this announcement? Let’s take a closer look at what might be going on here.

The DJI Phantom 4 Pro V2.0 (DJI, Amazon) is back. Yes, that is correct. And, it has been back in stock for some time now. Since January 8, to be precise. Why did DJI find it necessary to announce the return of the iconic quadcopter so many of us love and swear by?

Introducing the DJI Phantom 4 Pro V2.0. Designed for the professional creator, this drone features a 1-inch CMOS sensor that can shoot 4K/60fps videos and 20MP photos.

Let’s take a closer look at what the reason might be behind this sudden marketing push from DJI.

DJI announced the (re-re-)introduction of the DJI Phantom 4 Pro V2.0 because:

Personally, I think it’s a combination of options 1 and 2. However, I’d love to think it might option 5, although that seems unlikely now that we have seen the leaked photos of the yet-to-be-announced DJI Mavic. Let me know what you think in the poll below. What do you think is going on here?

Here’s the video that DJI uploaded to YouTube yesterday.

A good friend of DroneDJ, Mr. D. provided a little background on the DJI Phantom 4 Pro V2.0 for anybody interested in learning a bit more about this iconic quadcopter.

The DJI Phantom 4 Pro V2.0, announced in May 2018, improves on the existing Phantom 4 Pro with an OcuSync transmission system, improved ESCs and low-noise propellers. It uses the same camera as the first iteration of the Phantom 4 Pro. This edition also features expanded Flight Autonomy with 5-direction obstacle sensing and 4-direction obstacle avoidance. The 6-camera navigation system means the aircraft can avoid obstacles in its flight path, while flying at speeds of up to 31 mph. It’s also the very first DJI drone to feature an infrared sensing system.

A little history on this drone: [It] was introduced in 2018 and produced until early 2019. Production stopped due to a big production scandal until they could source new suppliers for certain gimbal parts. Production was resumed late 2019 and reintroduced in January 2020. There is no noticeable difference between the original version 2 and the rereleased version. The only difference is internal gimbal parts that would not be noticeable to the end user. A new firmware version was released early January to accommodate the new parts.