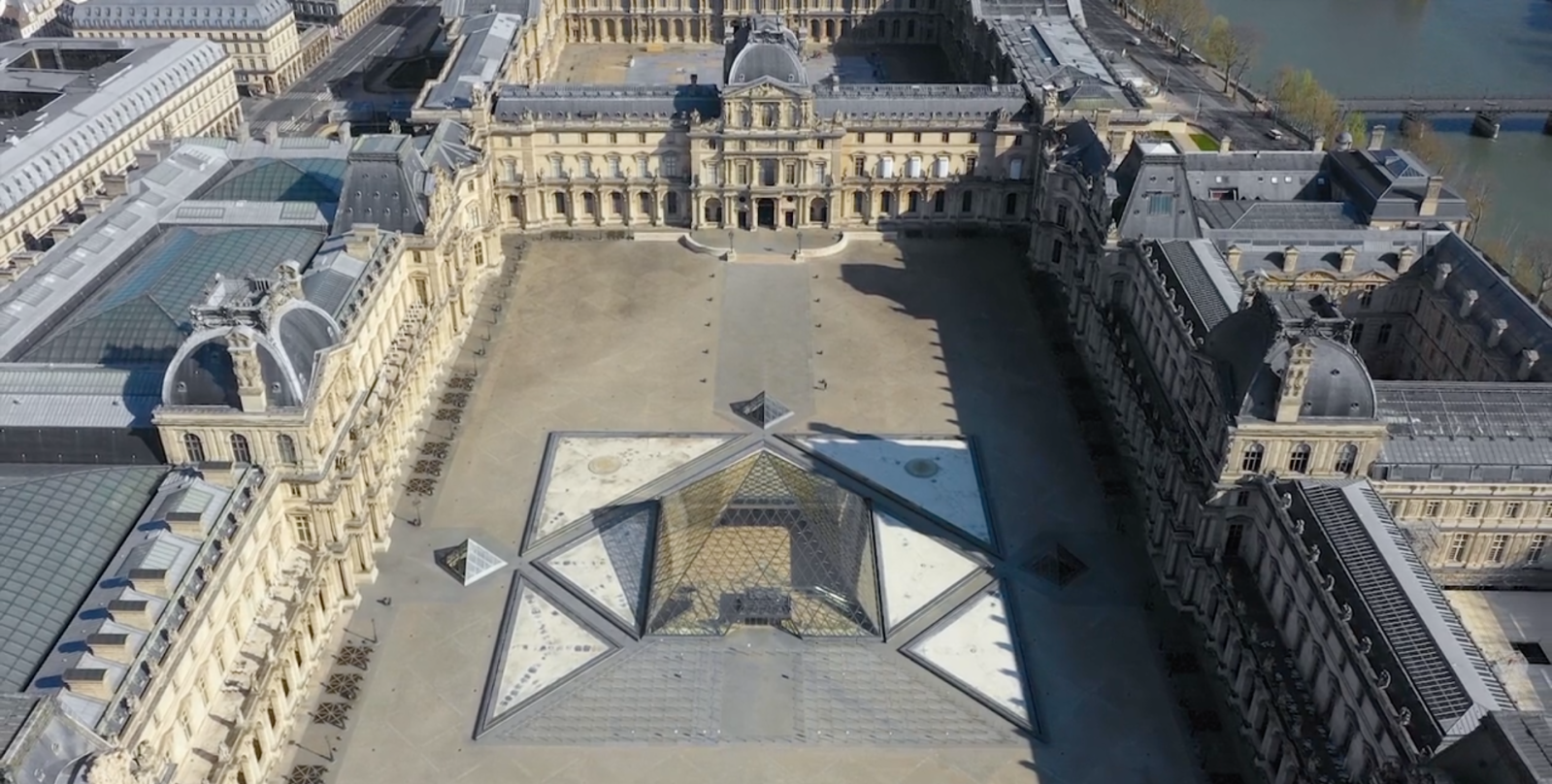 They call Paris the “City of Lights.” But “City of Cars” is an equally accurate moniker. We’ve seen a lot of drone videos of empty city streets during COVID-19 social distancing. But this aerial view of an almost completely depopulated Paris is the most dramatic to come along.

This drone footage is especially impactful because the pilot chose what are normally some of the busiest parts of the city. The film, by French photo and video company Drone Press, spends some time on the Arc de Triomphe, the massive monument that stands at the juncture of twelve radiating avenues on Place Charles de Gaulle. The traffic circle around the Arc is normally a sea of automobiles–noisy, smelly, and terrifying to pedestrians. But in this footage, the cityscape is nearly a vacuum. The Arc stands like some archeological relic from a lost civilization—like something left over from the Romans.

The film then moves on to the Louvre. It’s normally the busiest museum in the world, with about 9.3 million visitors per year. Not so in these days. In this footage, the grand courtyard is completely empty. With no humans to provide a sense of scale, the Louvre appears more like a toy model of the actual building.

Drone Press’ video continues along the Seine River. The normally teeming roads along its banks are desolate, again distorting the sense of scale. Towards the end of the film, the drone flies over Ile de la Cité—the medieval heart of Paris and home Notre Dame. The shattered old cathedral still shows the damage from its devastating fire in 2019. Scaffolding swarms around its ruined roof. It’s an especially somber image to cap off this melancholy drone footage.