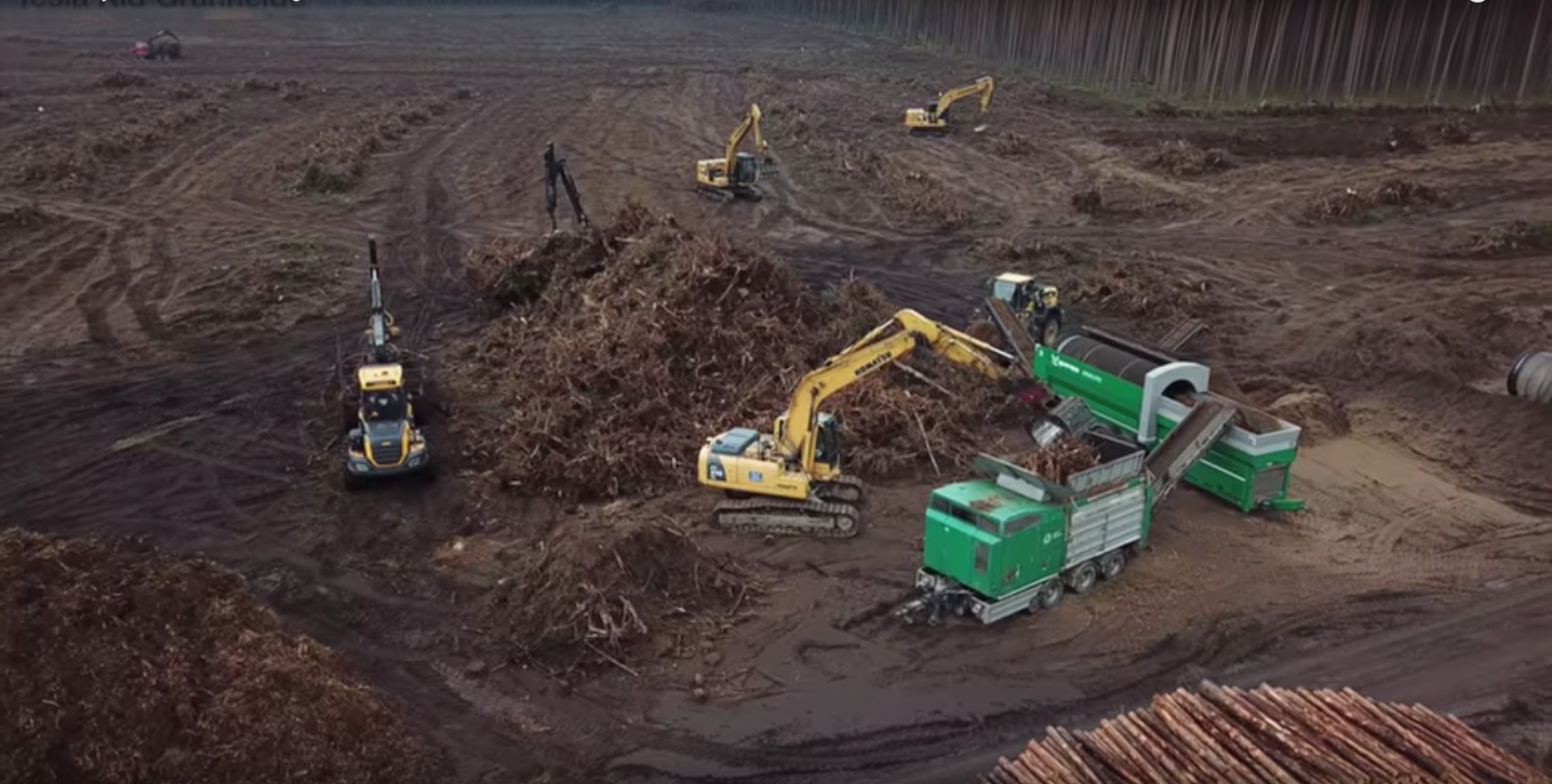 Elon Musk’s revolutionary companies Tesla and SpaceX inspire devoted followers who want to know every aspect about them. Videos of a SpaceX Starship blowing up during tests in Texas are certainly dramatic. But Musk fanatics are hungry for any images of his operations — even the construction site of Tesla Gigafactory in Germany.

One of Musk’s superfans is a 13-year-old German YouTuber who goes by the name Tesla Kid Grünheide. For about a year, he has been shooting and posting drone videos of construction at Tesla’s new Gigafactory battery-making plant in this town of Grünheide, southeast of Berlin. Fellow Tesla watchers love it. Tesla Kid Grünheide has over 5,000 followers on YouTube, and his most popular clip has nearly 100,000 views. The young videographer says he made enough from viewer donations to buy his own electric bicycle.

Permission to fly over Gigafactory

But German authorities were less pleased. In late March, a security guard at the construction site called local police. They threatened to shut down the YouTuber’s flights if he didn’t remain at least 400 feet away from the site. The only way he could fly closer, police told him, is if he got approval from Tesla.

Tesla Kid Grünheide responded, naturally, with a YouTube video. This one explained his plight and urged viewers to share it widely, in the hope of reaching someone at Tesla. Boy, did it work.

The Third Row Tesla Podcast saw Tesla Kid’s clip and made their own YouTube video entitled, “Dear Elon, Let Him Fly.” Elon Musk himself saw a tweet from the podcast this week and tweeted back the reply, “Fine by me.” So it would seem that, through the magic of social media, Tesla Kid Grünheide has bypassed many miles of red tape and secured his permission to keep filming. We’ll look forward to seeing more of his clips, which he posts free for anyone to use.