Drone video shares the aftermath left by the Amazon fires 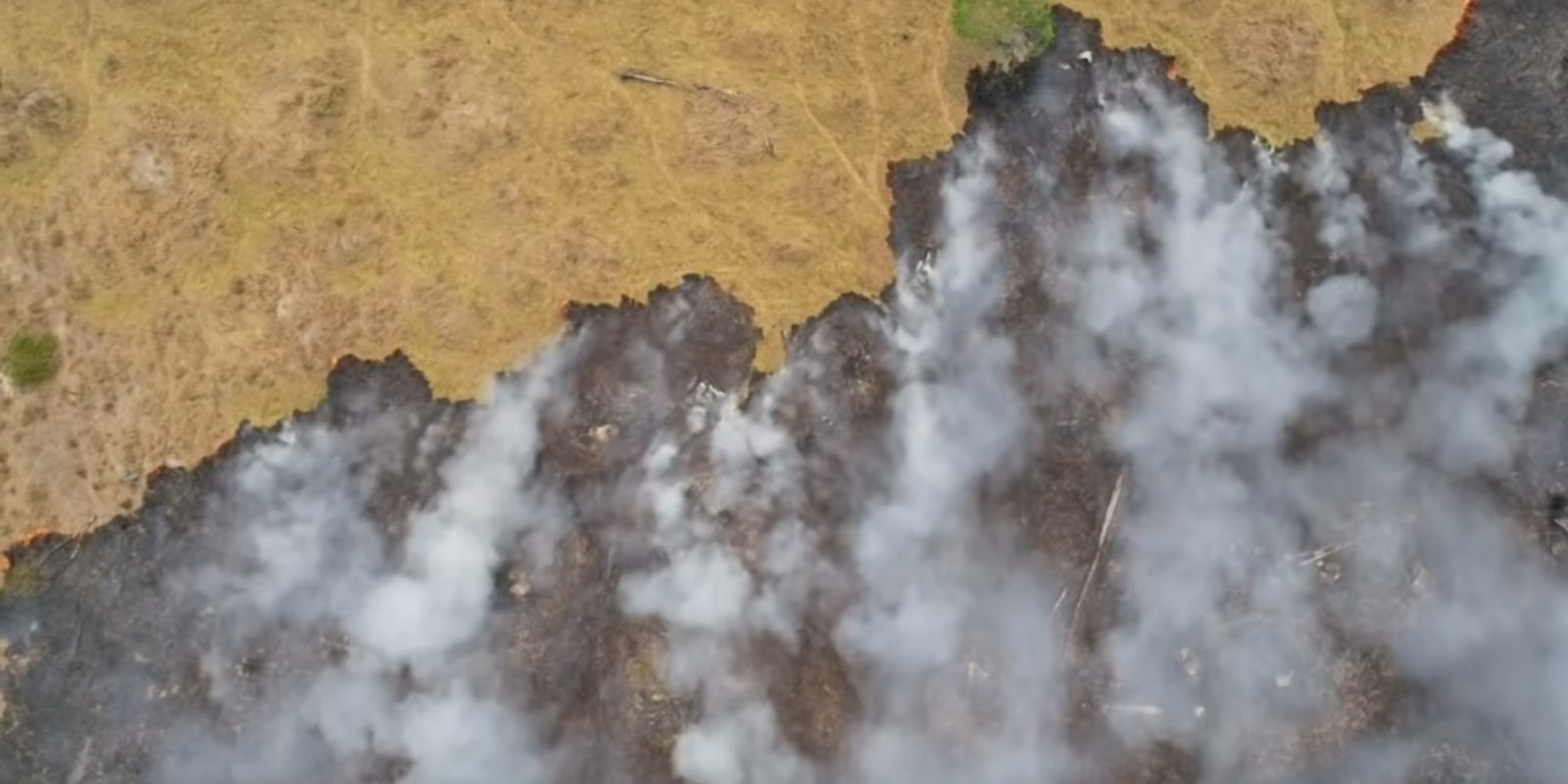 A drone has taken to the skies over what was once the Amazon rain forest to give us a glimpse of the damage left behind by the sweeping fires. The drone video gives us a limited look at the devastation, and what the animals will be forced to return to.

The drone footage was shared on YouTube via the Guardian‘s News channel earlier this week. The video shows the still-cooling embers, blackened grass, and the burnt tree stumps left behind by the fire.

The video shares multiple angles of the fire-devastated area contrasting with the areas that weren’t ravaged. The footage also shows a snake making its way through the now burnt forest after surviving the fires.

The fires were reportedly started by farmers clearing land. As a result of Brazil’s lack of protection over deforestation, Germany and Norway have withheld more than $60 million in funds for sustainability projects throughout Brazil.

In a shorter video shared by Soar, the company behind the decentralized super map combining satellites and drones shows the images produced by the Sentinel-2 satellites of the fire spreading into neighboring countries.

Drones will likely be used throughout the restoration of the Amazon rain forest for various jobs. The drones will be able to survey the land for the extent of the damage, locate animals that managed to survive the fires, and even drop seeds to speed up the generation of the rain forest itself.