Do we need a drone emoji? 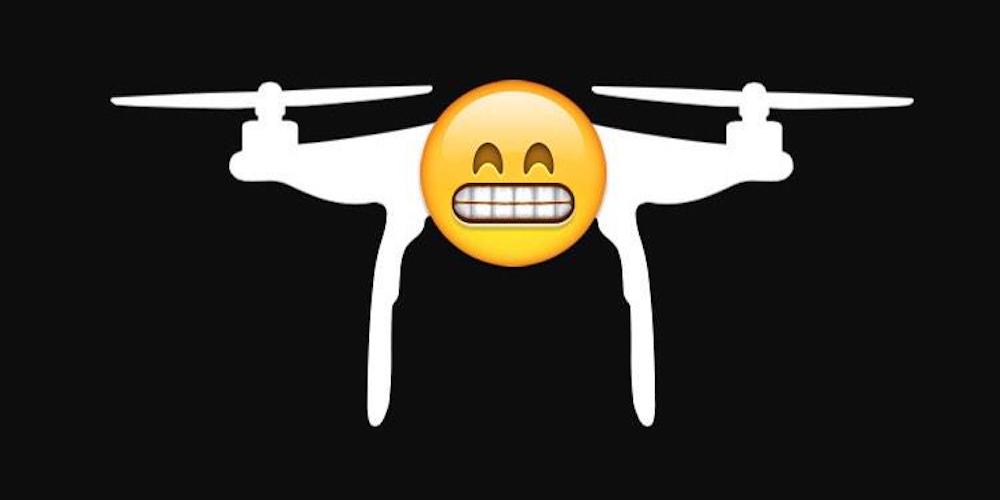 There seems to be an emoji for everything. And often there are multiple emojis, like three kinds of cocktails. But a drone emoji is not among the images you can add to your texts and emails. A new campaign by drone services company DroneUp aims to change that.

Last month, the company submitted a proposal to the Unicode Consortium to include a drone emoji in its next release of emojis, which will debut in 2021. “We have received a confirmation of receipt at this time, and await additional feedback,” DroneUp spokesperson Amy Wiegand told me.

In the meantime, the company is making some noise to get the public excited. This week it launched a public relations campaign called “It’s time for a drone emoji.” The campaign has a Twitter hashtag, #DroneEmoji, a well as a petition on Change.org calling on the Unicode Consortium to approve their application.

Support so far has been…pretty mild. At the time of this writing, the petition was still short of reaching its first 100 signatures. And the hashtag appears in only about a dozen recent tweets—many of them from DroneUp itself. Beyond that, the hashtag appears in a smattering of tweets going back to 2016. If there is a groundswell of support for this new emoji, it’s yet to make a splash in social media.

It's time to come together for a common cause… Emoji.
Here at DroneUp we think it's time for a #DroneEmoji. Sign the petition today to show your support. #godroneuphttps://t.co/oA9cTx0lGL

It does seem odd, though, that such a prominent piece of technology is missing from the emoji pantheon. Consider, for instance, the multiple versions of cars, trucks, ships, and planes at our fingertips. Why, there’s even a pair of cable car gondolas. The closest thing to a drone is a helicopter—and that’s not much of a substitute.

Surely we can do better than a little helicopter emoji.

What do you think? Are you often looking in vain for a quadcopter to pop into your digital missives? Is it time for a drone emoji?