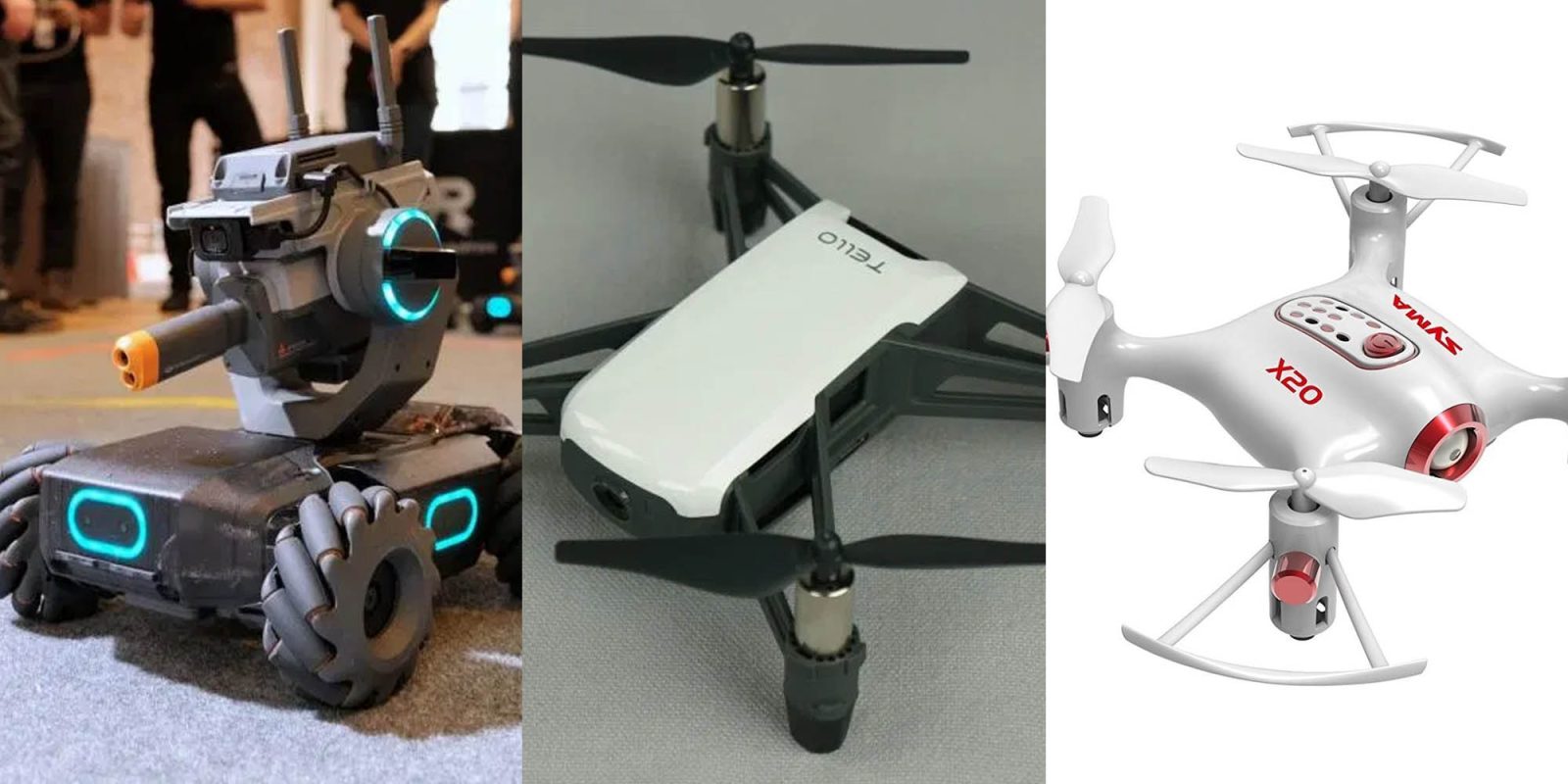 The coronavirus lockdown has forced much of the world to stay indoors. That would seem to rule out flying drones, which many people know as flying cameras that provide sweeping aerial vistas. But there are many fun little drones you can safely fly around the house, as well as games you can play anywhere. Today we are sharing a few of our favorite products that let you take off, without going out.

The Cheerwing Syma X20 is one of the most popular toy-grade mini-drones on the market today, with a low price tag of $19.99. The Syma X20 allows pilots of any level to fly the drone for fun with various modes, including automatic flips.

The X20 also comes with creature comforts found on higher-end drones such as automatic take-off and landing. With altitude hold mode, the drone will maintain its height even if you take your hands off the throttle stick, allowing you to hover with ease.

A collaboration between drone giant DJI and Ryze Tech, the Ryze Tello is fun to fly and educational at the same time. Kids can control the drone through an app or with optional third-party controllers available from DJI.

But they can also program the drone using scratch code—a visually oriented introduction to programming. This helps kids understand from early on how software interacts with the real world. And should something go wrong, the Tello has propeller guards to limit the damage during crashes.

The DJI RoboMaster S1 is the company’s first, and quite successful, attempt to create a fun and educational ground-based robot. Like the Tello, the Robomaster S1 supports control using scratch coding. But it also accepts Python code for more advanced users.

While focused on education, the RoboMaster is plenty of fun to play with. Specialized wheels allow it to move in any direction without the need to turn. Its blaster shoots gel beads for realistic battle. The infrared beams allow multiple RoboMaster’s to shoot each other in a game setting. (These IR beams won’t harm the eye.)

If mom, dad, or a significant other say no to flying around the house, you can go virtual. The Drone Championship League Simulator takes the physics and controls of the racing drones in the world and puts it into a realistic game that’s both challenging and fun to play.

The simulator allows you to fly the drone in various modes, ranging from beginner to expert, allowing pilots of all skill levels to take on the world of drone racing from the couch. The game is available on Xbox, Playstation, and PC.

The Adventures of Leonardo the Drone—an introduction for younger audiences

Toddlers who can’t handle a controller can still enjoy this picture book that introduces them to the world of drones. Leonardo is a drone that comes into the life of Leah, a school girl unable to win her school’s photo competition. Leah learns to fly and takes brilliant photos with Leonardo from above. Scanning QR codes in the book with a smartphone brings up the photos and videos taken by Leonardo.