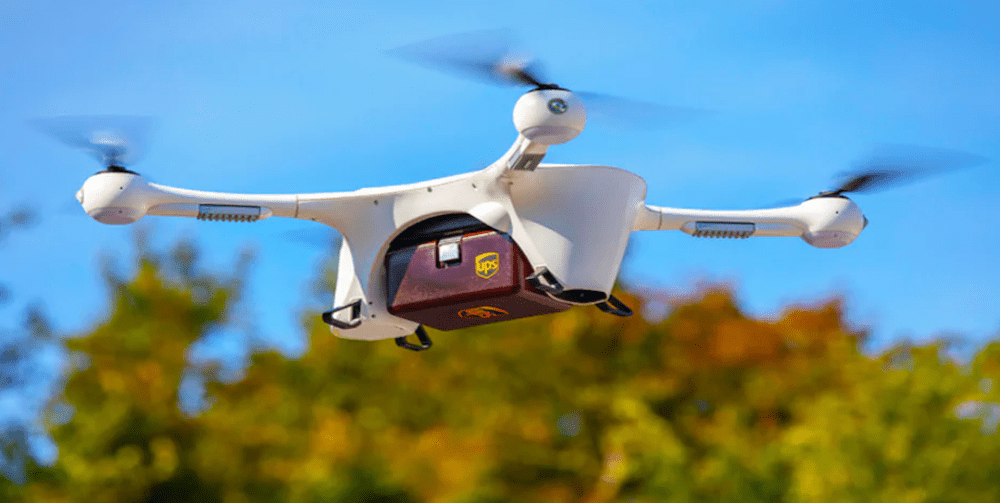 Beginning May 4, UPS’ Flight Forward division will commence a limited drone delivery program, ferrying time- or temperature-sensitive medications from a single CVS pharmacy to The Villages, a 135,000-resident retirement community an hour north of Orlando. The deliveries will initially go to a central drop-off point at The Villages. From there, a Flight Forward employee will drive them to individual homes via golf cart.

That’s just the first stage, Bala Ganesh, the chief of UPS’ advanced technology group, told Bloomberg Law. “In the long run, it would be multiple CVS stores around the community flying directly to the home and dropping whatever the prescriptions may be.” In this model, the drones would lower packages to the recipients via winch, and never have to touch down. The purpose is to further limit person-to-person contact and preserve social distancing during the COVID-19 pandemic.

Through a partnership with drone maker Matternet, Flight Forward has been one of the leaders in the fledgling drone-delivery business in the US. The partnership recently received FAA certification under regulations known as Part 135. This essentially allows UPS to run a drone-based cargo airline. (Wing, a division of Google parent company Alphabet, is also Part 135 certified.)

The UPS drone delivery project at The Villages is Flight Forward’s first direct-to-consumer service. Its other operations have been in partnership with medical institutions. For instance, UC San Diego Health began using the service in February to deliver medical samples between its campuses. Flight forward is making similar deliveries between facilities for WakeMed health in North Carolina, where it has completed more than 3,700 deliveries.