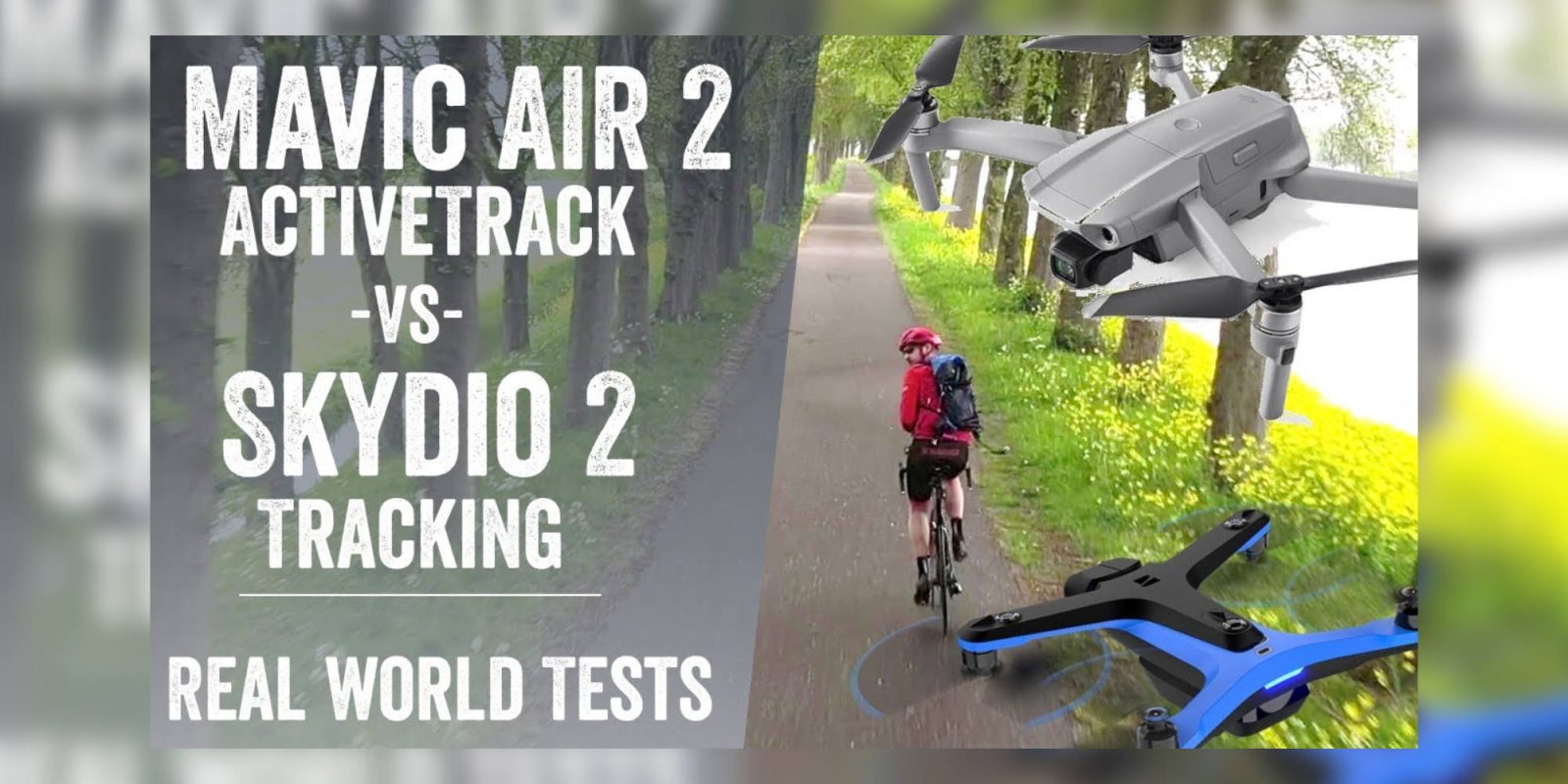 DC Rainmaker is back again with an amazing video comparing the recently released DJI Mavic Air 2 with the champion of autonomous flight Skydio 2. The Mavic Air 2 released with ActiveTrack 3.0, and its autonomous object tracking flight mode comes with a few improvements. But is it enough to compete with Skydio’s technology?

DC Rainmaker has shared his experience with the DJI Mavic Air 2’s ActiveTrack 3.0 autonomous flight mode while comparing it with the Skydio 2, the gold standard when it comes to autonomous tracking in consumer drones.

As explained by DC Rainmaker, DJI’s ActiveTrack 3.0 system got a substantial upgrade from the previous 2.0 version. The system behind all the smart tracking in DJI’s drones, Advanced Pilot Assistance System APAS, has been overhauled from the ground up. APAS also now creates a 3D map of the world around the drone to better understand the flight conditions and which objects it should avoid. DJI has also reworked the way the DJI Mavic Air 2 picks up subjects that it loses behind a tree or a car blocks from view. It now will try to figure out where you will be and continue on the best path it thinks is the best.

During the flight with the Mavic Air 2, Ray noticed that it wouldn’t fly perfectly side onto him when it was put into the mode. Instead, it would be slightly behind him and face forward to a degree. This could be due to the lack of side-facing sensors forcing the Mavic Air 2 to use its forward-facing sensors to pick up information from the side to ensure it doesn’t crash into anything.

One other thing we learn from the video is that Mavic Air 2 is a robust drone. While testing it out, the Mavic Air 2 managed to fly into a sign at full throttle as well as into a tree and come out with nothing more than a little white paint on the drone. What does that say about the APAS, however?

A big positive for the Skydio 2 over the Mavic Air 2 is the inclusion of six cameras dedicated to capturing the world around the drone. The Skydio 2 has a full 360-degree view on the world, allowing it to better know where to fly and which objects to avoid. This allows the Skydio to fly around the sign and the tree, which the Mavic Air 2 managed to crash into during testing.

Be sure to watch the full video below. It’s packed with information and is a great comparison between the Mavic Air 2 and the Skydio 2.

What do you think about DJI’s take on autonomous tracking in the Mavic Air 2? Do you think its better than Skydio 2’s tracking? Let us know in the comments below.