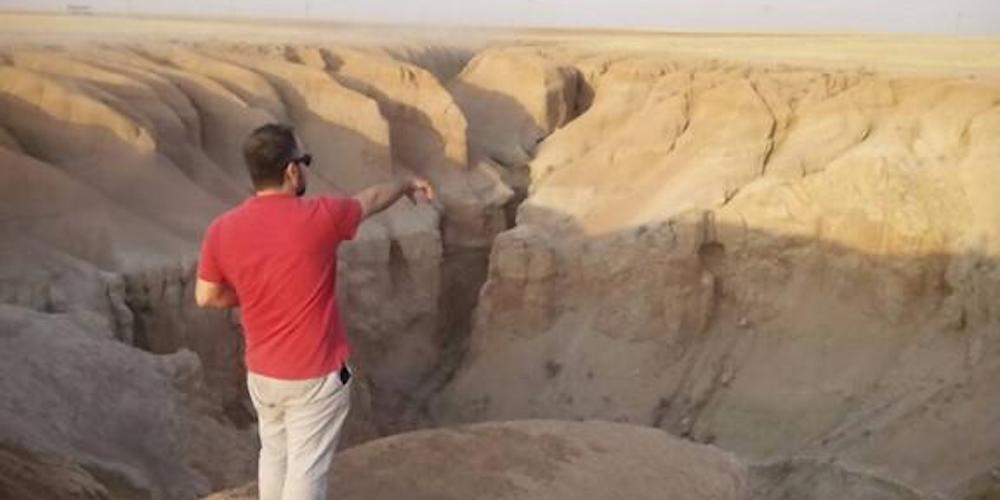 There’s grim work to do in Syria after a decade of devastating war. French drone maker Parrot has been assisting with some somber but critical work—investigating mass graves left by ISIS and other militias in Syria. The company furnished its drones, plus software and support, for surveying an area in the north of the country.

Parrot supplied two of its ANAFI quadcopter drones to Human Rights Watch for an investigation of mass graves in the al-Hota gorge near Raqqa, the erstwhile capital of the ISIS “Caliphate.” The gorge is believed to host mass graves from ISIS’s reign of terror in the region.

The very deep al-Hota gorge is rugged and dangerous for exploration on foot. So the drones provided aerial footage of inaccessible regions at the bottom of the gorge. The imagery was also used to create 3D topographical maps, using Parrot-provided software Pix4D Mapper. This work helped to inform a new Human Rights Watch report titled “Into the Abyss: The al-Hota Mass Grave in Northern Syria.”

Human Rights Watch had previously used satellite imagery to investigate the site, but it didn’t provide high enough resolution. By flying the drones low into the bottom of the gorge, workers were able to identify the gruesome outlines of individual bodies lying below the surface of the water. This work was done in 2018 after ISIS had been routed. But Human Rights Watch found fresh bodies at the site, indicating that killings were still happening.

The drone data will help further the work. The topographic maps they created indicate the gorge goes even deeper than first thought, indicating more sites to be explored.

“Human Rights Watch is doing incredibly important work around the world,” Henri Seydoux, chairman and CEO of Parrot, said in a statement. “We are honored to push the boundaries of how our technologies can be applied to help them in their missions.”