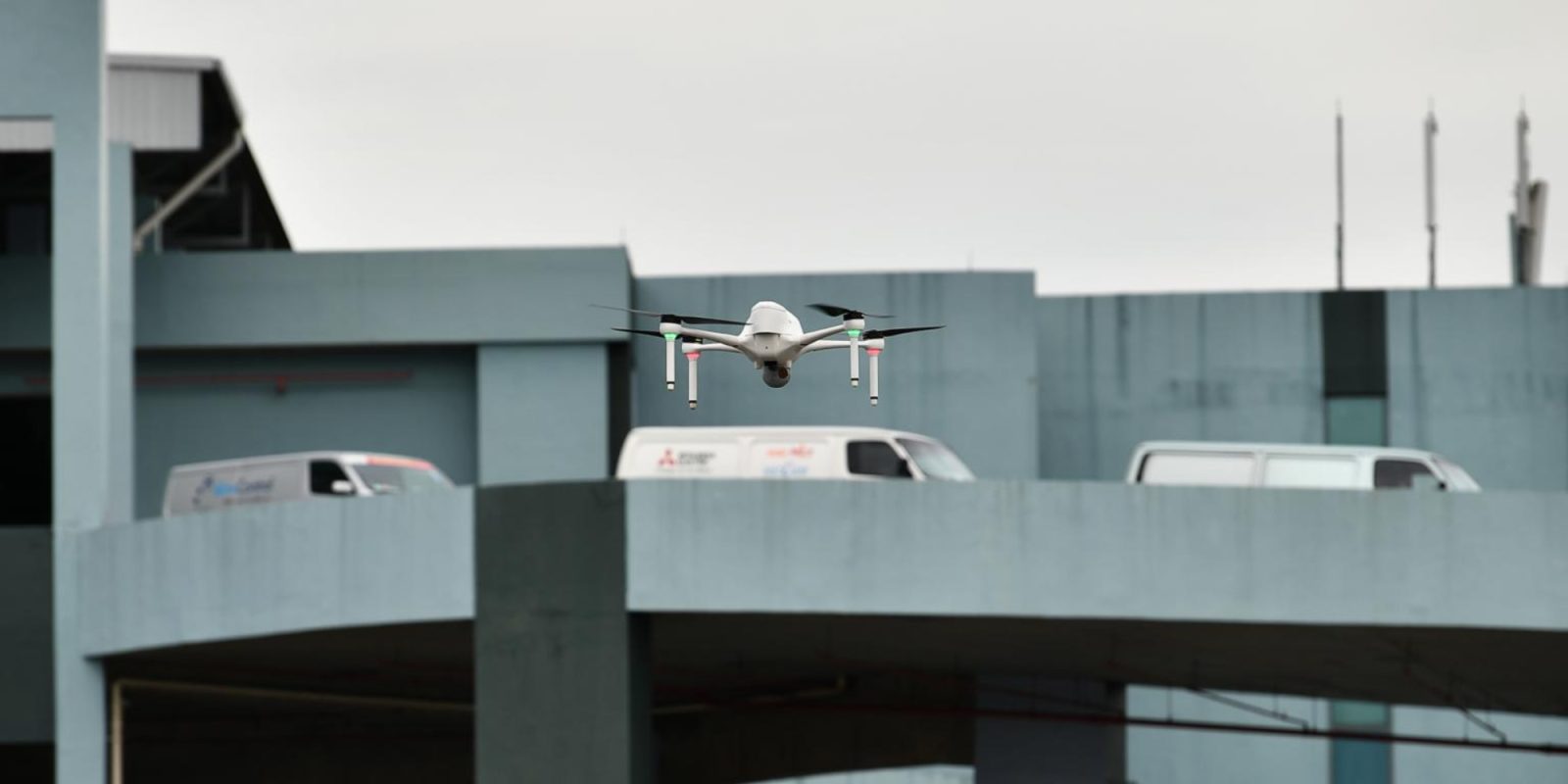 Autonomous surveillance drones are currently being tested by the Singapore Police Force (SPF) to prevent break-ins and theft while many businesses are left abandoned for now. The drones have been flying as part of a trial since the end of April.

The Singapore Police Force (SPF) is currently testing out an autonomous surveillance drone system capable of charging its batteries and then going off flying on a predetermined mission.

For now, two 2.2m drone boxes capable of housing a single 1.79m wide 10kg drone are being tested in the industrial area of Western Singapore. This location has been chosen as a majority of the businesses have closed, giving thieves more of a reason to break in and steal equipment. There is a chance that the drone system will make its way into residential areas at a later date.

The drones are capable of flying for 30 minutes with a radius of a few hundred meters and are equipped with high definition zoom cameras that can be viewed remotely via a tablet in real-time. Along with equipping the drones with high power cameras, the agency behind the trial, Home Team Science and Technology Agency (HTX) Robotics, is also looking into delivering defibrillators to the scene of a cardiac arrest.

The drones are a part of a trial undertaken by the Home Team Science and Technology Agency (HTX) Robotics to collect technical data on flying drones through urban areas to ensure they are confident before rolling out the program to other areas in Singapore.

The Singapore Police Force (SPF) has been using conventional drones for a while now for surveillance and crowd control with a notable use at the 2020 countdown at Marina Bay. The autonomous drones being used in the trial would replace these and allow officers to be freed up for other tasks.