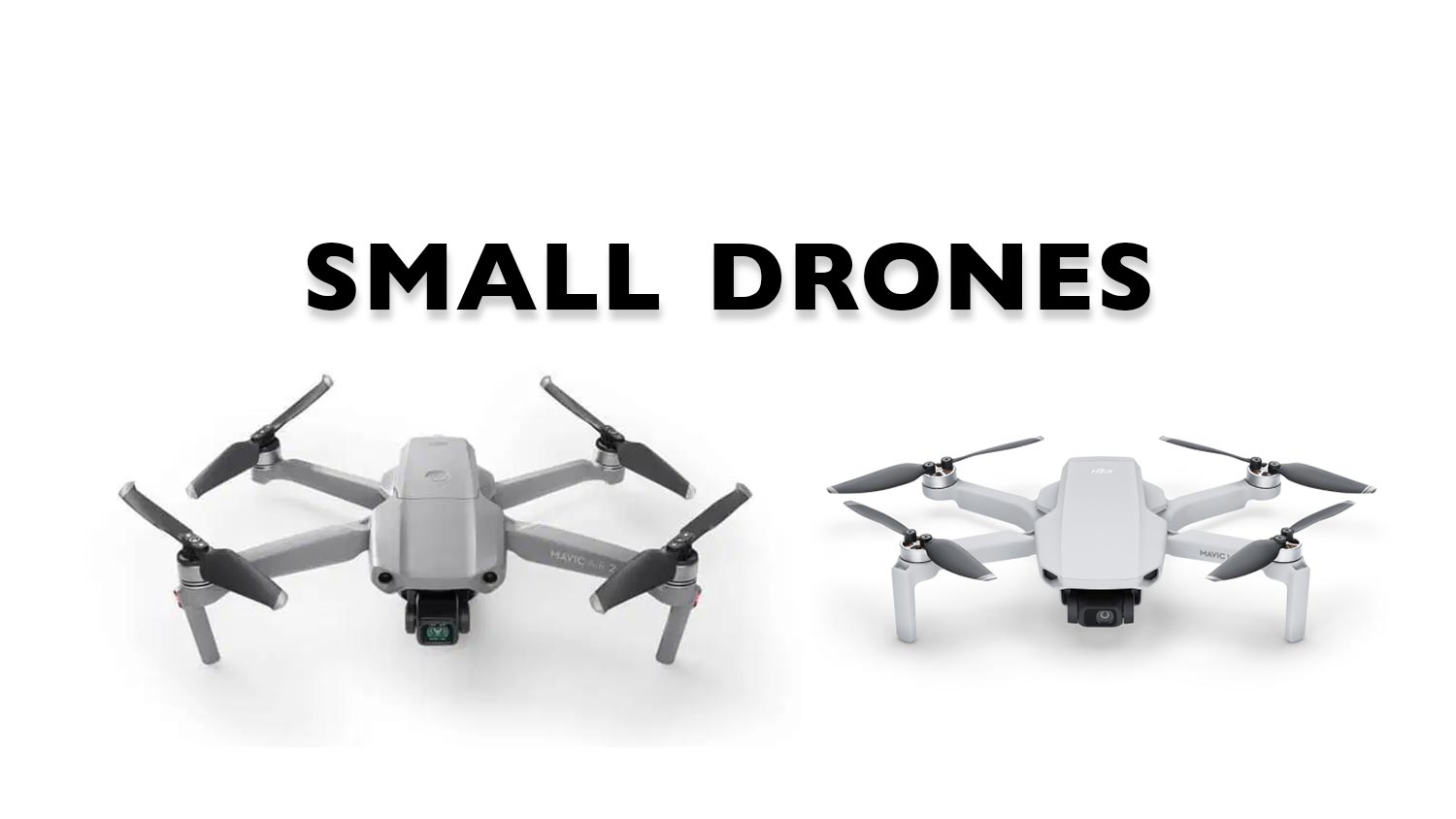 After the DJI Mavic Pro emerged in September 2016, drone companies have been creating smaller portable drones that fold up. But are these small drones suitable for professional photo and video work?

In 2018, I had an epiphany when DJI came out with their Mavic Air, great for its size and portability. Able to fit into a small bag, this drone was always with me in case I wanted to shoot. Typically I shoot my professional work with the Inspire 2 and X5S camera with a small variety of lens options. That setup provides very high-quality video, but it’s not something you casually carry around.

Despite all the trouble I had with the Mavic Air (mainly calibrating compass and connection issues), it got me involved in a new way of thinking about aerial cinematography. I had never really thought about flying my drone through things like trees, cars, or houses; but there was something creatively liberating about having the ability to fly almost anywhere I wanted. Through it all, I learned to love my different drones for different reasons. And the Mavic Air was all about trick shots, as you can see in the video below.

A revolution in small drones

With last year’s release of the Mavic Mini and now the new and improved Mavic Air 2, I think it’s clear that DJI has a plan for their future line of drones. These machines are built for camera performance and stability. And they make an absolutely perfect entry point for anyone looking to get into flying drones.

I love that drones are getting smaller, higher quality, even quieter, and able to fly longer per battery charge. My favorite small drone is the Mavic 2 Pro, which has been one of my main drones since it came out in August 2018. I love everything from its ease of use to its size, camera quality, portability, and reliability. After flying it so much, I lost my interest in the Mavic Air & Mavic Mini because the Mavic 2 was the more reliable drone time after time.

But with the release of the Mavic Air 2 and OccuSync 2.0 controller technology, this new little drone may provide some of the best reliability in DJI’s smaller drone lineup. It could potentially give even the Mavic 2 a run for the money (especially since it costs half as much).

Can small drones be used for professional work?

Every drone is going to have its pros and cons. I fly everything from FPV drones to the DJI Inspire 2 and can clearly see strengths and weaknesses of all these different types. In the end, the reason I select the drone I do is for the shot that I would like to achieve with it.

In the world of professional production, I feel like a DJI Inspire 2 would be the minimum preferred model. Yet I do believe there is room for smaller drones to be used here and there. With the right pilot and idea, these drones can capture a perspective larger drones may not be able to. Having the ability to fit in places where a larger drone cannot, these smaller drones could add creativity to enhance a production. In fact, I am seeing more small drones/FPV drones being used for all types of new work.

Though the sensor and overall camera quality from the Mavic Air 2 or an FPV drone won’t be as good as the quality from a drone like the Inspire 2 with a larger sensor, it doesn’t mean the footage is irrelevant. For professional work, I really think it depends on the project, and whether or not the director finds value in the aerial shot.