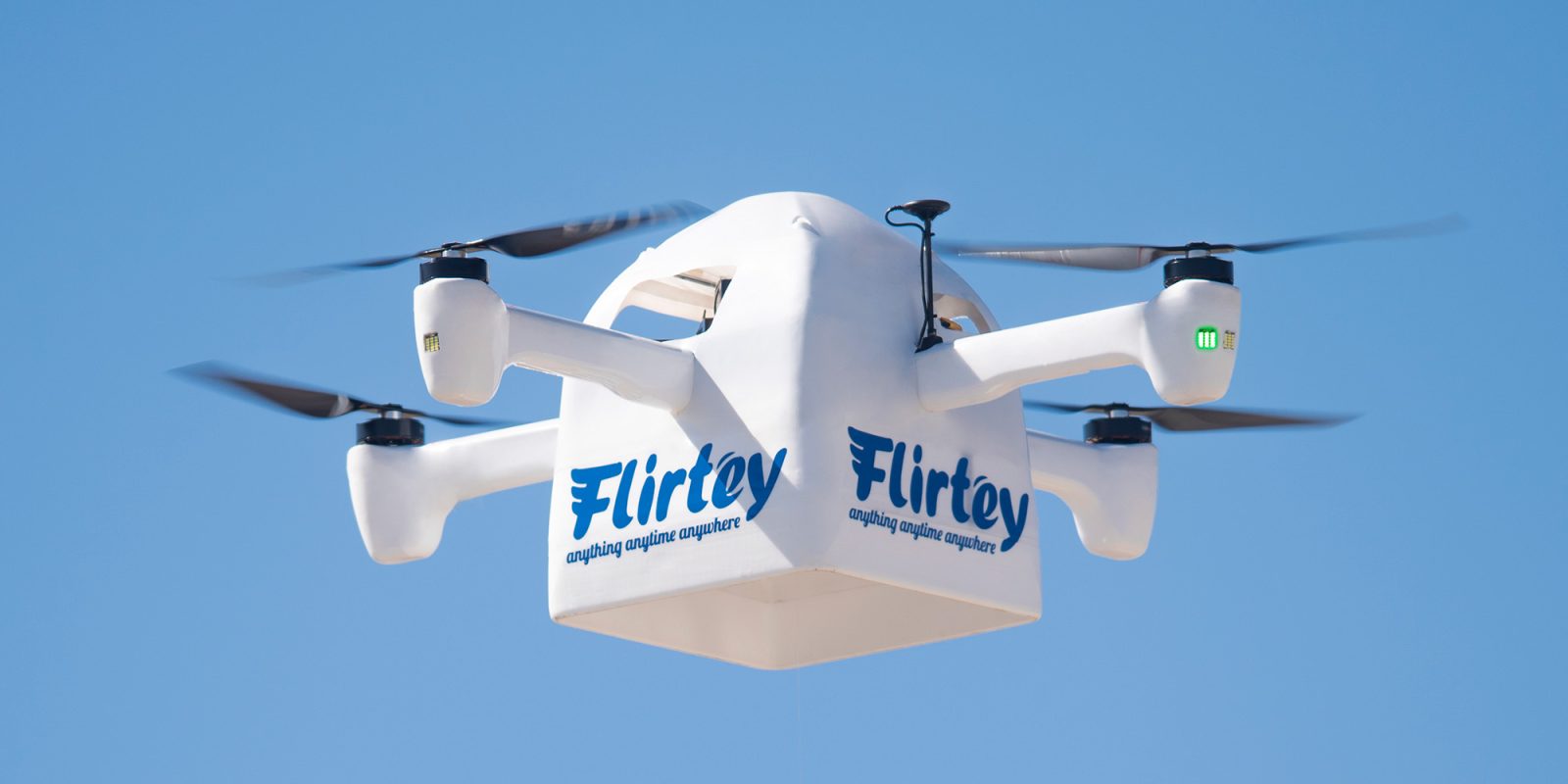 Delivery drones may be having their springtime, thanks to the pressure of the coronavirus. The need for contact-free delivery and the urgency of innovation are helping to push this nascent business forward. Now drone delivery company Flirtey has obtained a key patent for tech that makes deliveries safe.

The company announced that it’s received a patent for the technology to hoist up and lower down packages while the drone hovers overhead. The Flirtey patent covers the hardware as well as the software that makes it possible. This is considered one of the safer ways to do personal drone deliveries to homes, as the drone and its spinning rotors stay far away from the recipient. Nor is there the challenge of landing and taking off again at each delivery point.

While Flirtey may have been first to use such a system, others have followed. Google sibling company Wing also lowers packages on a tether, for instance. So does Irish drone delivery firm Manna Aero, which is beginning a trail program delivering medical supplies in a small Irish town. Flirtey hasn’t said if it would try to exercise its new patent rights against such rival companies.

Flirtey has been a pioneer in the drone delivery space. It made what’s considered the first fully autonomous drone delivery in the US in 2016. (The drone was later accepted into the Smithsonian Institute’s Air and Space Museum.) That same year, it made headline-grabbing first of their kind deliveries from a 7-Eleven in the US and a Domino’s Pizza in New Zealand.

Of late, the company has been doing a trail food-delivery service in the largest industrial park in the United States. The Tahoe-Reno Industrial Center in Nevada covers 107,000 acres and more than 100 companies, including the Tesla Gigafactory.

Flirty’s rivals have not been idle, especially Wing. The company is running a home delivery service in Christiansburg, Virginia, as well as Australia. It reports doing over a thousand deliveries in Virginia in two weeks, where it delivers both for big players like Walgreens and for a local coffee shop.