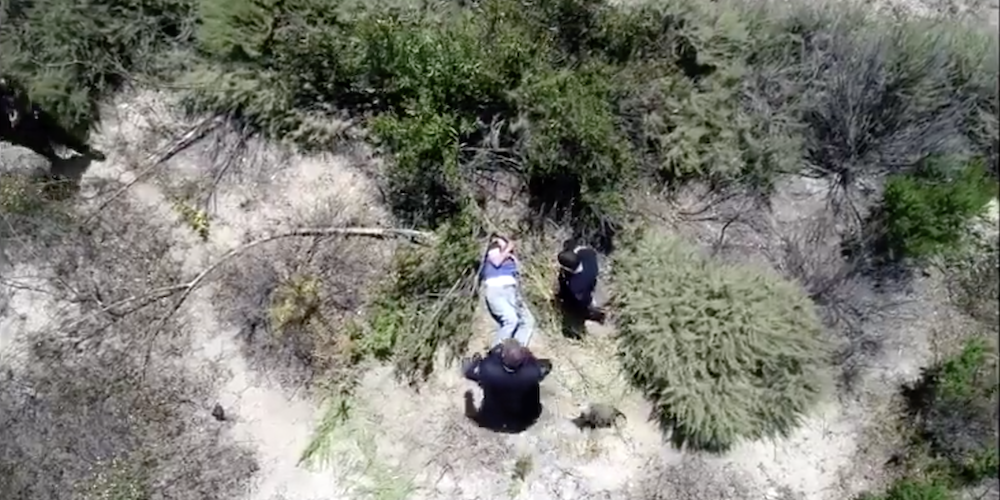 There’s been a lot of animosity towards police use of drones during the coronavirus pandemic. Citizens and civil rights groups fear that authorities have gone too far by observing people throughout public spaces to see if they are following social distancing rules.

And that may be a valid point. Furthermore, the debate takes away from the beneficial, even life-saving, work that police drones can do when targeted to a specific case. Such a case happened on May 25 when a police drone found a missing woman in the city of Orange in Southern California.

According to the Orange Police Department’s Facebook post an “elderly woman” went out in the morning for a walk with her dog. Three hours later, she had still not returned, and her family called the police for help.

Police began a search that included one of the department’s drones. By flying along the road that they believed the woman had set out on, the drone pilot was able to spot the woman lying in the brush far off the side of the road, with the dog at her side. Searching only on foot, police might easily have missed her, but the aerial footage made it easy to spot the woman. The local fire department took the woman to the hospital. And police report that both she and the dog are in good health.

Happy to report her and her dog are recovering well. pic.twitter.com/0n3JCAHY1j

Stories like these pop up every week around the world and illustrate the key role that drones are playing in public safety. They are reminders that, while police may sometimes be overzealous in their use of drones, grounding police drone forces would remove an important public safety tool.