More about that Predator drone over Minneapolis 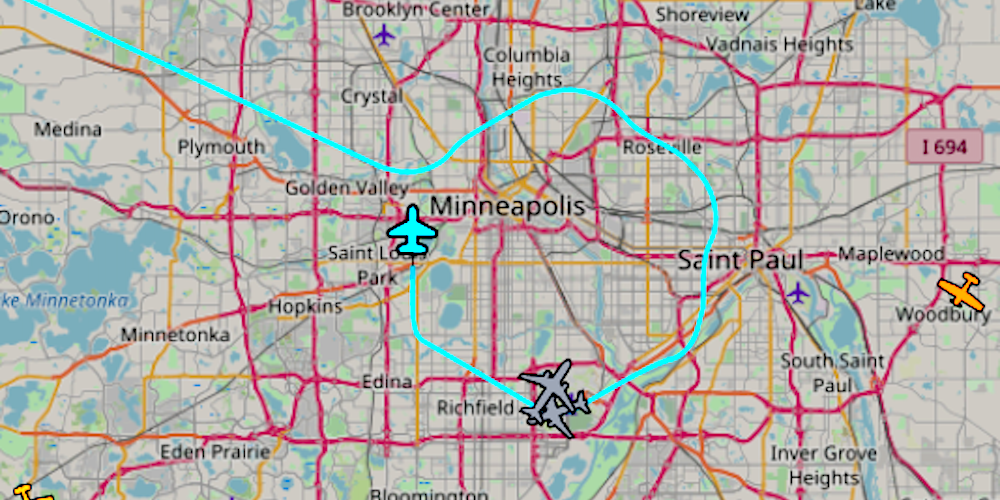 On Friday, alarms went off in the media after an investigative journalist spotted a US Predator drone flying a loop over riot-ravaged Minneapolis. Predators are associated with deadly combat missions in places like Afghanistan, not in the airspace above American cities.

But the drones are more common in the US than people may realize. US Customs and Border Patrol routinely uses unarmed versions of predators to surveil both the northern and southern borders of the US. And it was one of these drones, CBP104, that was diverted from North Dakota to provide an aerial view over Minneapolis.

“Earlier today a US Customs and Border Protection, Air and Marine Operations unmanned aircraft system was preparing to provide live video to aid in situational awareness at the request of our federal law enforcement partners in Minneapolis,” a spokesperson for CBP told news site Recode in an email. “The unmanned aircraft system provides live video feed to ground law enforcement, giving them situational awareness, maximizing public safety, while minimizing the threat to personnel and assets.”

CBP did not say what agency or agencies had requested Predator drone aerial support over Minneapolis.

This isn’t a one-off occurrence, though. CPB often loans its drones to other branches of government, such as the Coast Guard, the Drug Enforcement Administration, and FEMA, as well as state and local law enforcement agencies. This isn’t done entirely in the dark. Anyone who wants to track the whereabouts of this particular drone, CBP104, can do so on the web site FlightAware.

Still, the presence of military equipment over an already inflamed civil rights battle caused alarm and anger among activists. “No government agency should be facilitating the over-policing of the Black community, period. And CBP has no role in what’s happening in Minneapolis at all,” said Neema Singh Guliani, senior legislative counsel at the American Civil Liberties Union, in a statement.