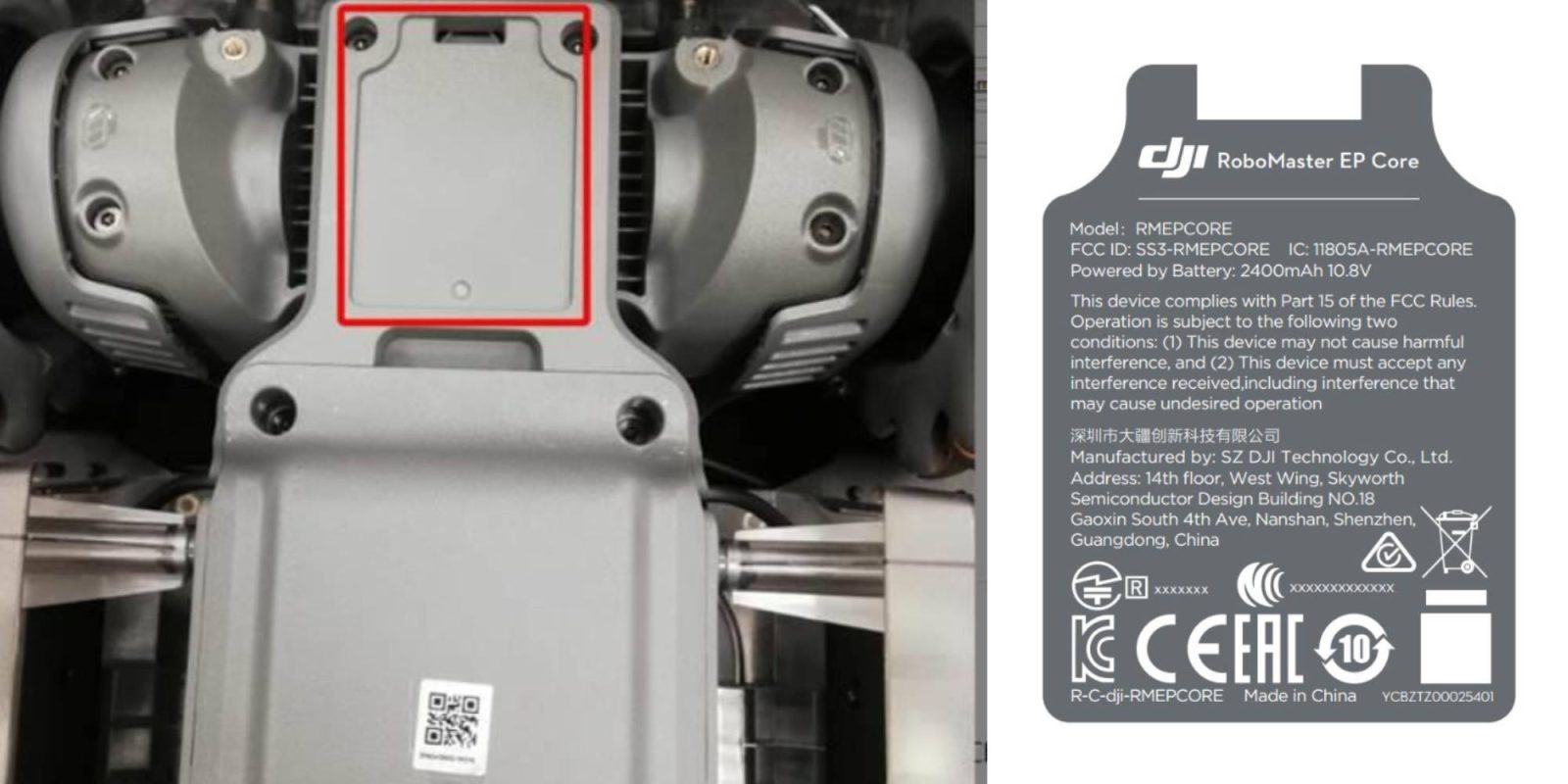 The DJI RoboMaster EP‘s core has made its way onto the FCC’s database with an image of its regulatory label and label location being shared in the filing. This could suggest the “SS3-RMEPCORE” RoboMaster EP could be released in the US very soon.

The RoboMaster EP was released on March 9th, building on the RoboMaster S1 but it is still yet to be released in the US market. That could be about to change. 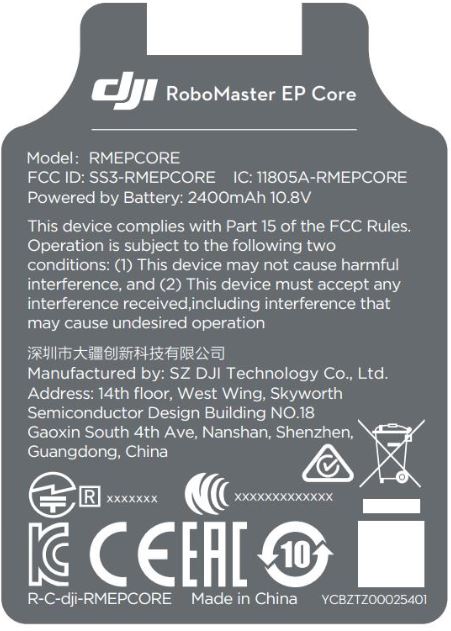 Are you looking to purchase the DJI RoboMaster EP once it makes its way to the US? What do you plan on using it for? Let us know in the comments below.