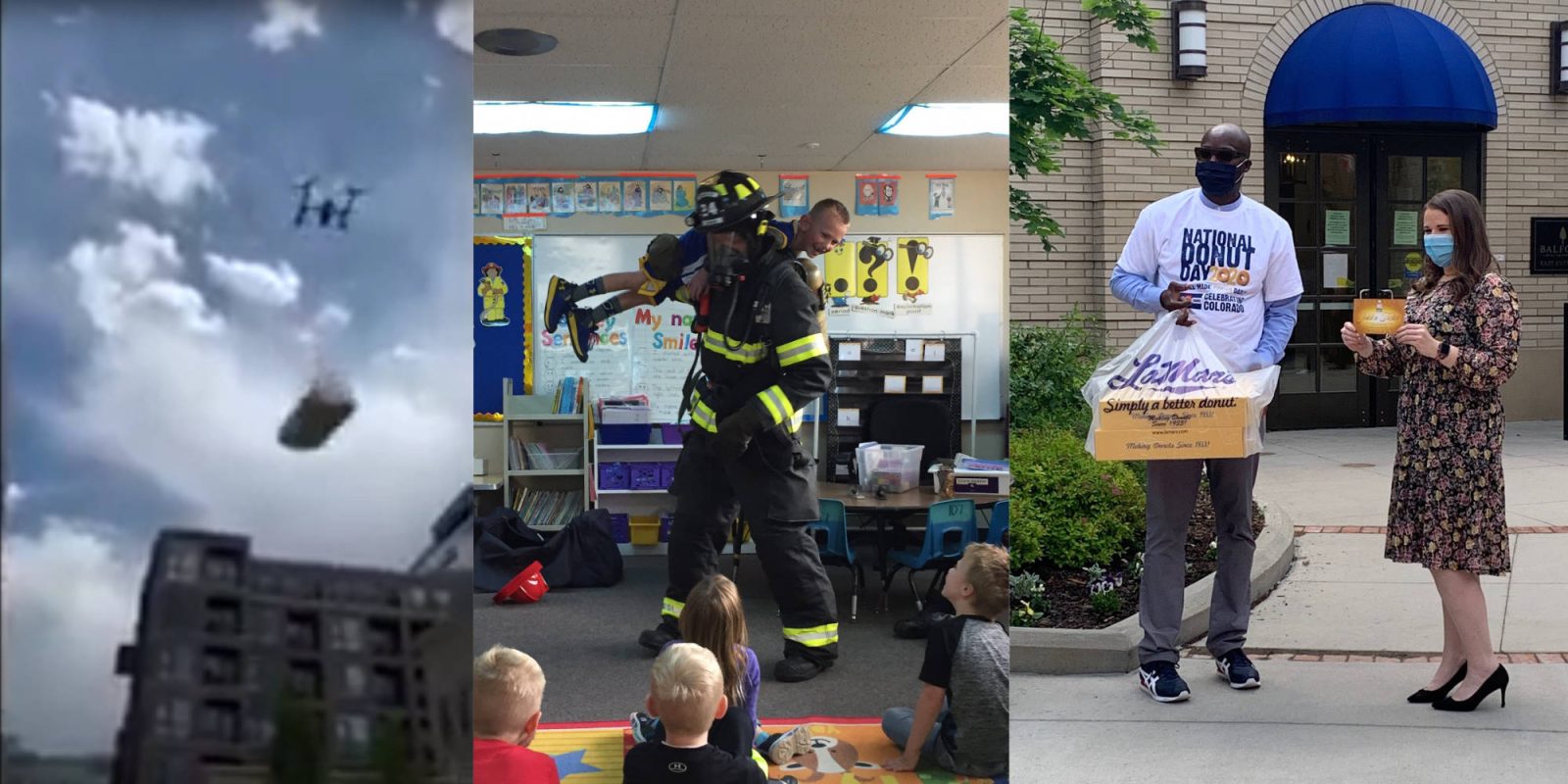 On National Donut Day, LaMar’s Donuts held its first-ever Essential Service Awards, with the winners receiving free donuts delivered by drone as a thank you. The winners were nominated by fellow citizens in the five states LaMar’s Donuts operates out of.

LaMar’s Donuts held its first Essential Service Awards to give back to those on the frontline during the COVID-19 crisis, including healthcare, childcare, education, and public safety professionals. 19 winners have all received free donuts for a year.

On the announcement day, which happened to be National Donut Day, a few of the winners were able to get their donuts delivered by drones wearing face masks in theme with social distancing.

Lamar’s was also giving away one free donut to everyone that visited one of its stores on June 5th, with those working in public service receiving two free donuts.

Josh decided to become a firefighter after 9/11. He had a business degree at the time and felt he wasn’t in the right field. Josh searched for another career where he could spend time outdoors instead of at a desk as well as help others.

As a firefighter, Josh is a first responder, helping those in need. He signed up to fight fires, but he says often times it comes back to what the community needs at the moment. Sometimes the firefighters are responding to car accidents and medical calls, other times they are removing ducks from drains.

Rebecka has been in healthcare since she was fifteen. Her oldest brother was in a bad accident and, although he is fine now, there were a long couple of months where she helped take care of him. Rebecka found that she was good at caregiving and decided to pursue healthcare as a career and never look back. She started as a nurse’s assistant and then became a nurse before taking on the role of Director of Health and Wellness at Balfour at Riverfront Park. In this position, Rebecka oversees all the nurses and caregivers who take care of their residents every day.

You can read the full interviews for the above winners along with why they were nominated to win. What do you think about using drones to deliver donuts? Let us know in the comments below.