DJI could use magnets to land drones on docking stations 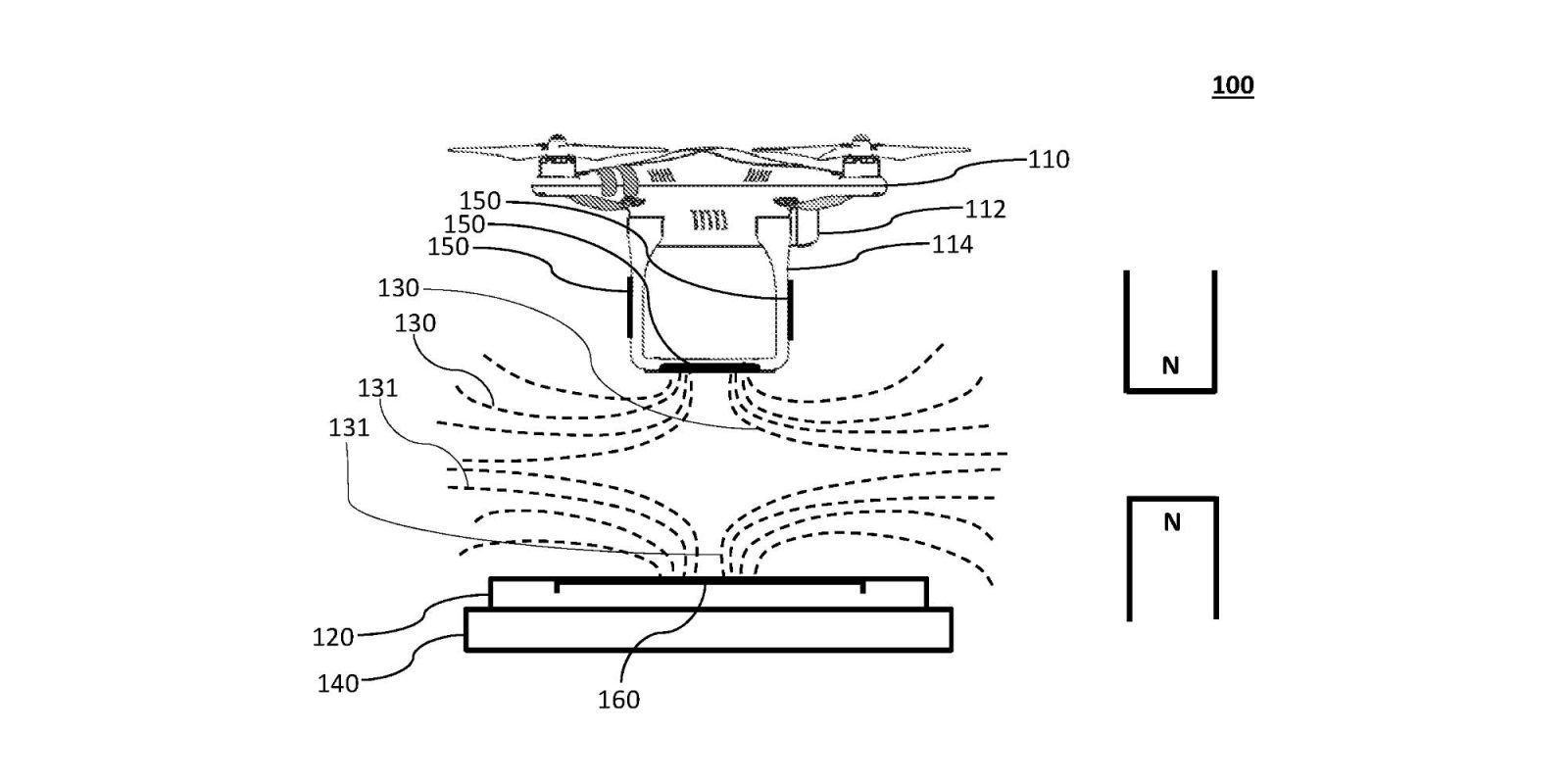 A new patent released today on the Chinese Patent Office’s database suggests that DJI could be working on an automatic docking station and drone that uses magnets to accurately land a drone at a designated docking station.

Over the last week or two, a few patents have released on the Chinese Patent Office‘s database pointing to what DJI is likely working on next and what we might see in upcoming product launches. In the new patents, we have found one with the title of “System and Method for Landing a Mobile Platform Via a Magnetic Field.”

The patent looks to be for an automated landing system for drones to land on base stations without the need for a pilot or human guiding them down. The patent suggests the drone is equipped with magnets that once activated cause the drone to be stuck levitating above the base station, which is also equipped with the magnets.

The hardware on the drone can be affected by the magnets, such as the compass is turned off right before the landing system is activated to ensure it isn’t damaged. 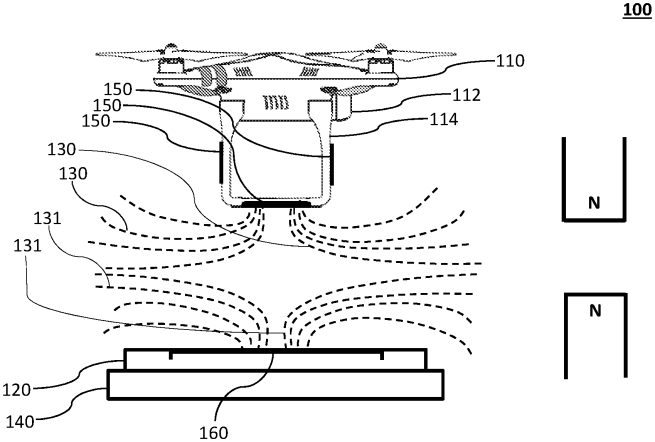 What does this mean?

DJI may be working on technology that is focused on delivery drones or automated mapping and spraying drones. It would make sense for DJI to look into this area, as delivery drones are becoming one of the major uses of drones in the commercial space in which DJI currently doesn’t have a product.

DJI could either be working on integrating the system right into future products or creating a standalone system that can be similarly attached to existing drones that it sells its flight controllers separately.

What do you think about the recent patents publicly released by DJI? Do you think DJI is working on a delivery drone system? Let us know in the comments below.