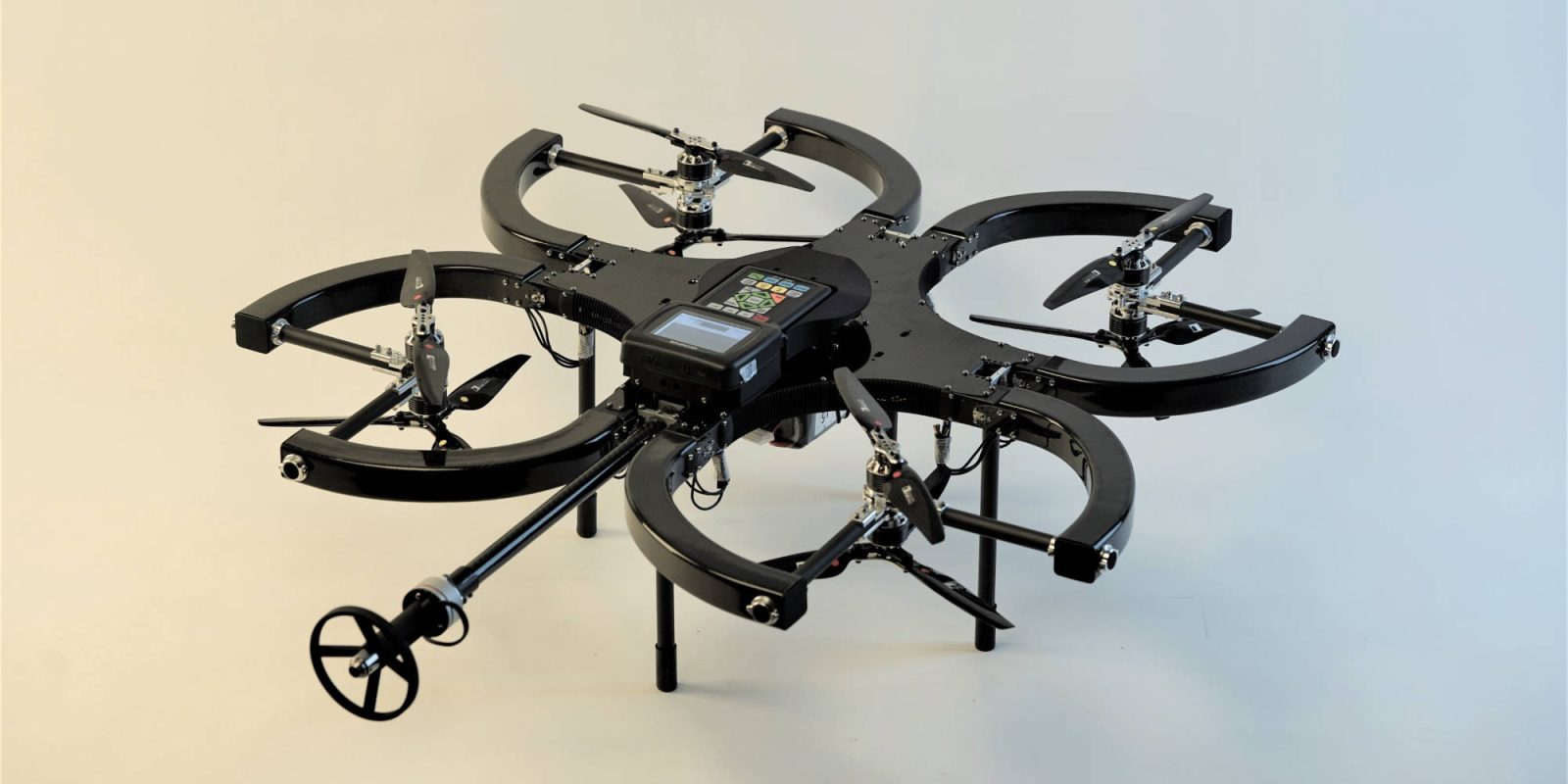 Skygauge Robotics’ inspection drone is now available for pre-order, with the first 10 units receiving a special early adopter price. The drone is equipped with a 4k 30 fps camera, a Olympus 38DL PLUS® ultrasonic thickness gauge, and a dual transducer to measure the thickness of paint and the metal behind it.

The drone is able to do this thanks to its thrust vectoring joints. Each set of propellers is equipped to two rotatable arms capably of moving upward and downward, allowing the motors to be tilted forward, backward, left, and right without the whole drone doing the same. The arms are able to tilt, thanks to eight servo motors that automatically move based on stick movements on the controller.

The benefit of using a system like this instead of a traditional drone is stability, precision flight, angled inspections, and wind resistance. Instead of the whole drone adjusting when a strong gust of wind comes in, the Skygauge drone stays in place while the movable joints adjust to keep the drone in place. This allows for better control over the drone and lessens the risk of a drone crashing into an expensive asset. You can see the thrust vectoring joints in action below.

Included in the package

You can purchase the drone via this link, where you will then have to get a quote by filling out your email and the organization type you are in.

What do you think of the unique approach used by the Skygauge team to give the pilot better control over the drone? Would you fly a drone with the same design? Let us know your thoughts in the comments below.