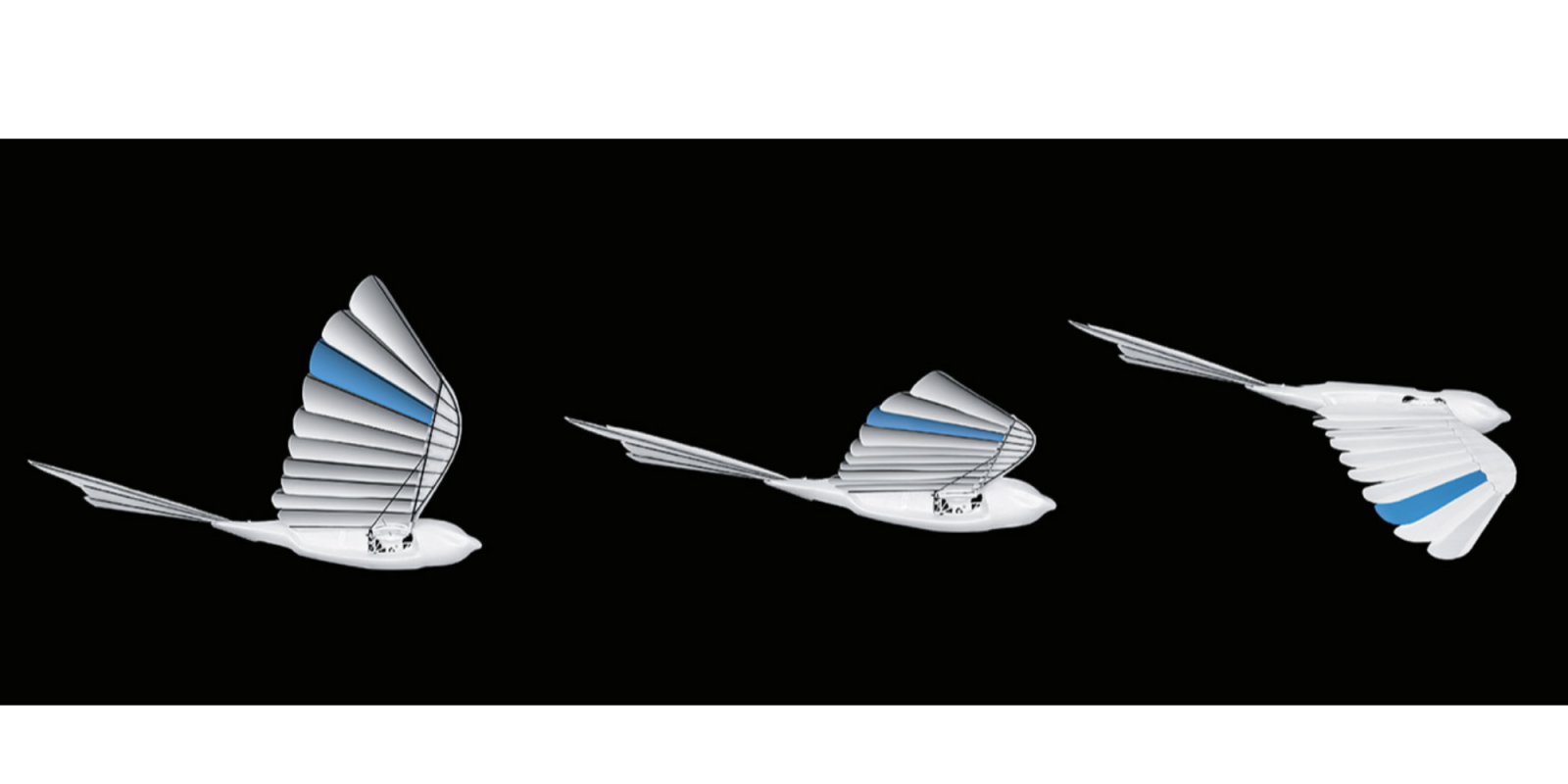 You may have heard of the term biomimicry before — the practice of using a design that nature and evolution has perfected. The German robotics firm Festo does this exceedingly well. One of its latest creations is a swallow that really does fly like a bird. Seriously: You have to see it to believe it.

We just happened to be web surfing today when we came across a post from IEEE Spectrum. We did a double-take when we saw the robotic bird, complete with feathers. Festo calls them “Bionic Swifts” – you could think of them as artificial swallows. A flock of five of them can fly in a coordinated fashion indoors, with a continuous sense of their position in space courtesy of an indoor GPS signal. And their flight pattern? Well, it’s pretty amazing. Take a look and tell us these don’t look like birds in flight:

If that bird looks light, that’s because it is. What would you guess it might weigh, all-in, with power source? The answer is 42 grams. When you consider that the bird is 44.5 centimetres long, with a wingspan of 68 centimetres, that’s pretty incredible. And those feathers? They are amazing:

To execute the flight maneuvers as true to life as possible, the wings are modeled on the plumage of birds. The individual lamellae are made of an ultralight, flexible, but very robust foam and lie on top of each other like shingles. Connected to a carbon quill, they are attached to the actual hand and arm wings as in the natural model. During the wing upstroke, the individual lamellae fan out so that air can flow through the wing. This means that the birds need less force to pull the wing up. During the downstroke, the lamellae close up so that the birds can generate more power to fly. Due to this close-to-nature replica of the wings, the BionicSwifts have a better flight profile than previous wing-beating drives.

As you might have suspected, much of the tech resides inside the bird’s body. It contains the wing-flapping mechanism, two servos, various circuit boards, the battery, and gearbox.

It’s doubtful that Festo will produce these en masse. But the company says technology like this – with the ability of the birds to avoid each other in a confined space – could be used in factories. Think little robots, flying parts, or goods here and there.

We’ve been here before

Festo is always up to something cool. In fact, we wrote about them before when the company built a bionic flying fox. (Yes, it really did.) Read that one here.