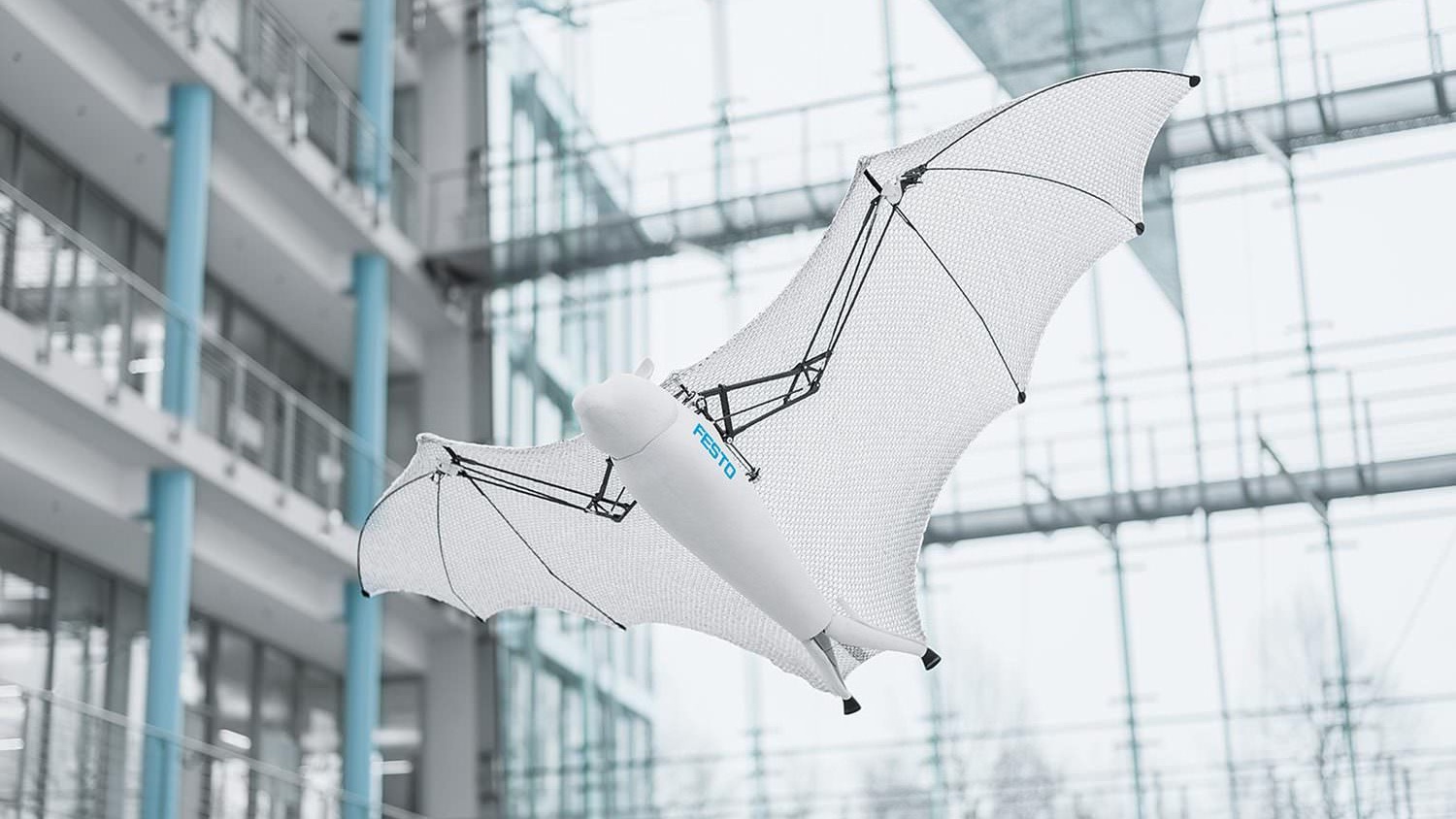 Festo’s Bionic Flying Fox has a wingspan of more than 7 feet and is almost 3 feet long, but weighs only a little more than 1 pound (580 grams). This semi-autonomously flying fruit bat is a bio-inspired drone that has been developed by the engineers of the German automation company.

Flying foxes, also known as fruit bats, are really efficient and agile flying creatures. They have an elastic membrane that runs from their fingers all the way to their toes that plays a big part in their ability to maneuver very quickly in the sky. These characteristics are very useful to have on drones as well and this idea inspired a group of German engineers from the automation company Festo to develop the bio-inspired drone you can watch flying in the video below.

Festo’s Flying Fox has a wingspan of more than 7 feet and is almost 3 feet long. The drone weighs a little more than one pound and features some very clever engineering. Real flying foxes, for comparison, have a wingspan of up to 6 feet.

Festo’s Flying Fox has a membrane that is made of a knitted elastane fabric that connects at 45,000 points to essentially create a light-weight honeycomb structure. Even if this membrane sustains minor damage the drone can still fly. The unmanned aerial vehicle uses infrared cameras, machine learning and is continuously connected to a motion-tracking system to make decisions and to fly semi-autonomously in a defined airspace. Both the take-off and landing are performed by a person but once in flight, the auto-pilot takes over.

“Flying fox as inspiration: thanks to its intelligent kinematics, the BionicFlyFox can master the agile flying maneuvers of its natural role model. In order to be able to move in a defined space semi-autonomously, it communicates constantly with a motion-tracking system.”

What do you think about Festo’s Flying Fox? What other animals or insects do you think would make good examples to base a drone design on? Let us know in the comments below.