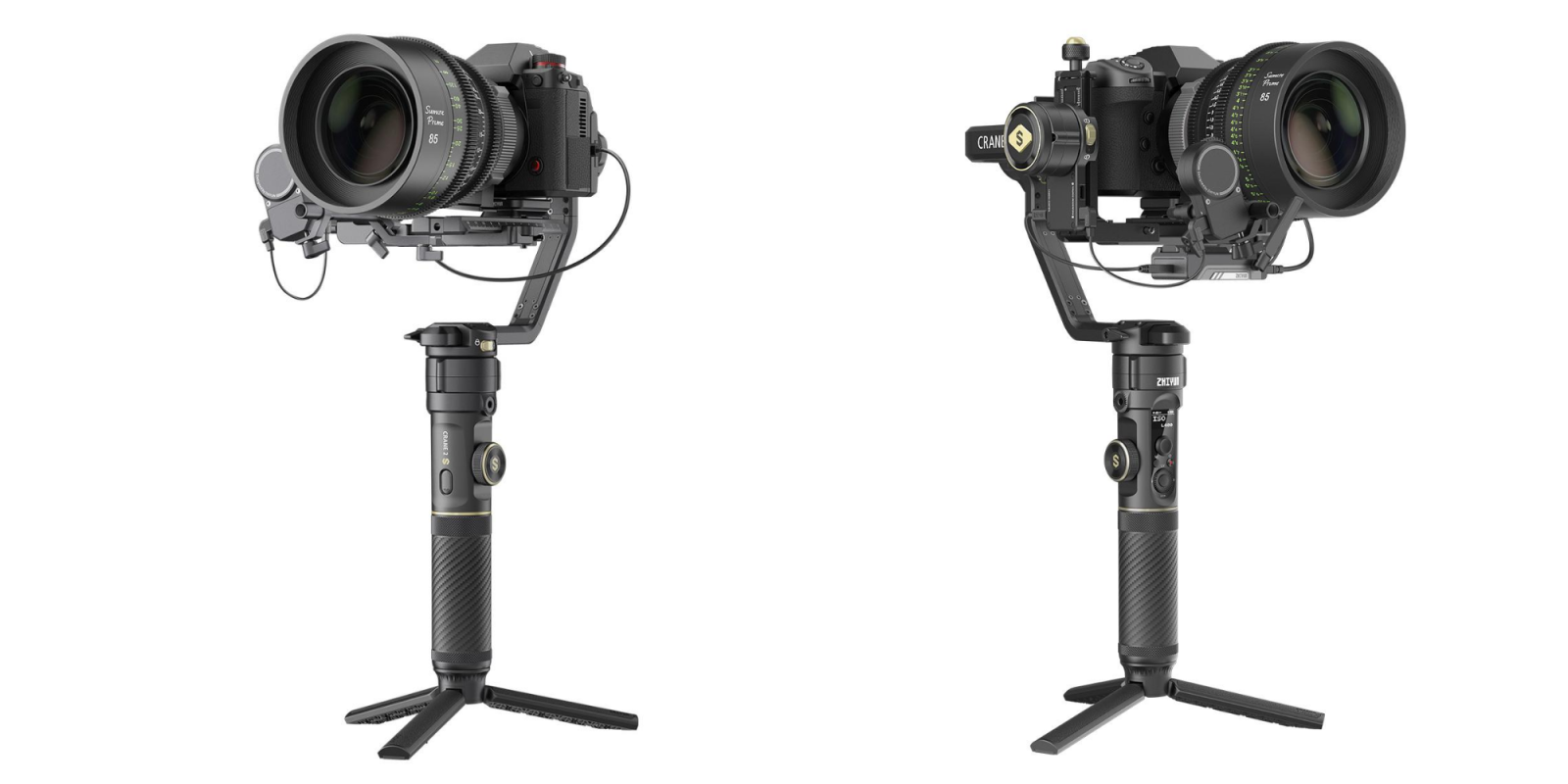 Chinese manufacturer Zhiyun, known for its handheld gimbals for amateur and pro cinematography, is about to release its latest product. The Crane 2S gimbal is packed with new features the company says truly up the game for a hand-held gimbal unit.

It’s hard to imagine shooting a production these days without some form of stabilization. The technology has become so affordable that nearly anyone serious about their video production will be using a handheld gimbal with their DSLR or Mirrorless cameras. Yes, many of these cameras offer either in-body or in-lens stabilization. But a well-built gimbal is still the best option for serious video production. DJI’s Ronin gimbals are regarded by many as the most sophisticated available, but Zhiyun has a loyal following.

With the feature set on the Crane 2S, that following may be about to grow. There are substantial improvements over the Crane 2, which was already a well-respected piece of equipment.

The Crane 2S is more than just a simple improvement. This gimbal is smarter, faster, and stronger. It’s capable of holding serious cinephile cameras with associated glass. For example. the Zhiyun 2S can carry the Black Magic BMPCC 6K, the Panasonic S1H, or the Canon EOS 1DX Mark II. Plus, the latest version of the Instune Algorithm has been tweaked and tuned for rapid but smooth performance.

There are more features, of course, but let’s break things up here with a new video Zhiyun has released.

A new quick-release mount allows the operator to mount and detach cameras in a snap. Plus, it’s a quick change to alternate between horizontal and vertical mounts. A new .96-inch high-resolution OLED screen provides clear access to the menus and features. The handle is now carbon fiber for strength and weight reduction, and there’s even a dedicated slot for a wireless image transmitter — so that someone at a different location on-set can monitor what’s being captured by the camera in the Zhiyun 2S.

Zhiyun also says its built-in focus wheel – for mechanical or digital focus options – is highly sensitive for those truly delicate focus pulls. This is from their product announcement:

With its three removable Li-Ion batteries, the Crane 2s can keep you running for 12 hours. You can order the product directly from Zhiyun here. The price for a standard package is $599.

With a quick glimpse, this seems impressive. But it’s also going to be up against an impending DJI Ronin release. Stay tuned!