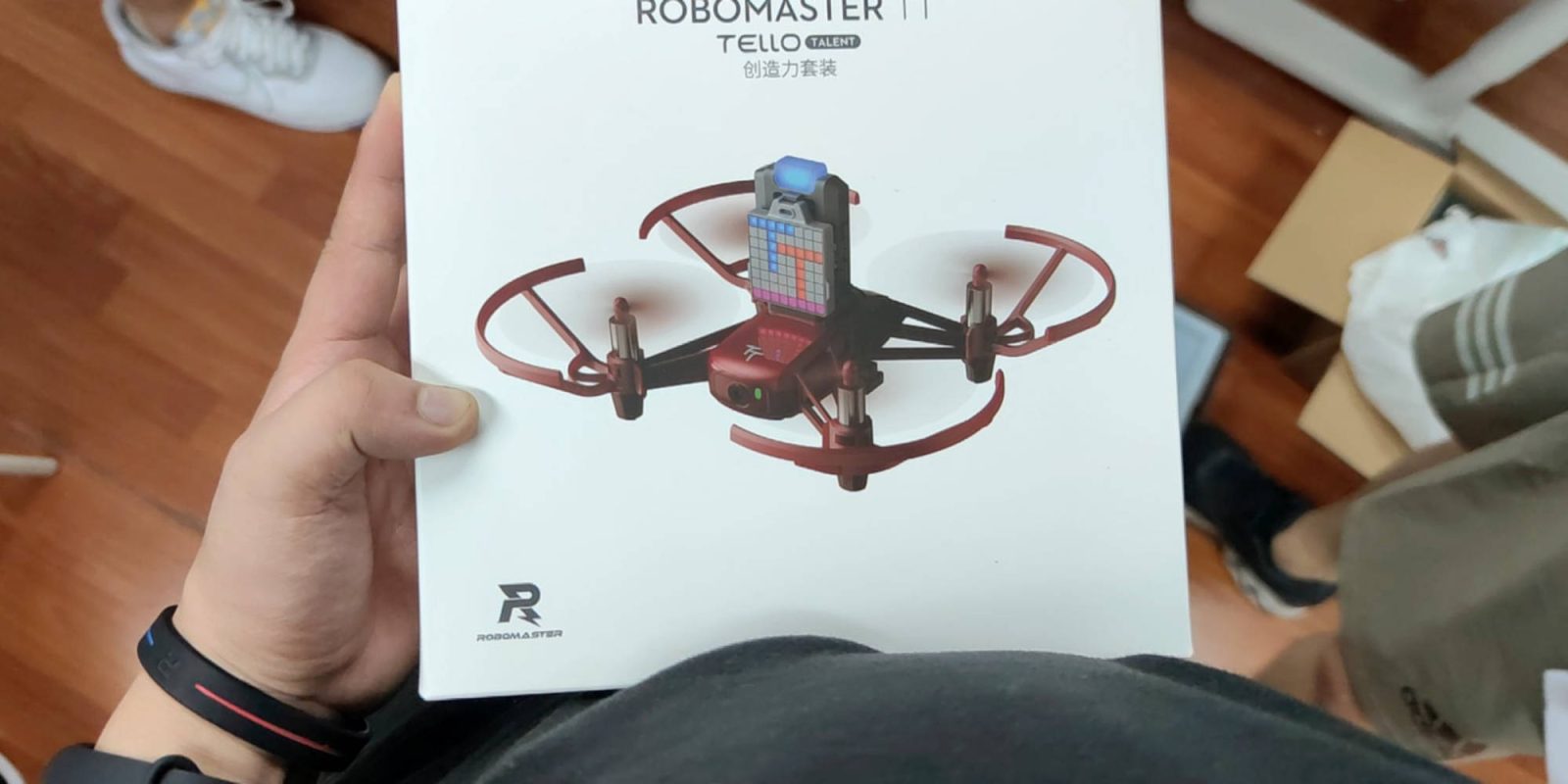 Late last month the RoboMaster Tello Talent appeared on Twitter showing off the design of the unreleased drone and the cool new LED light attached to it. DJI looks to be taking a new route with the drone. Let’s take a closer look at what they are doing.

The first thing I noticed when I saw the image is the lack of Ryze branding on the package. Ryze is the company that produces the Tello line of drones. Maybe DJI bought them out? The box suggests the new drone is named RoboMaster TT with smaller font saying Tello Talent. The RoboMaster branding can also be seen in the bottom left corner of the box. The LED light even displays the TT for the Tello Talent naming along with the paint job.

Just under the name of the new drone, there looks to be some Chinese that roughly translates to the creation kit. Hinting at the fact that the RoboMaster Tello Talent and its LED light are open source and can be coded to do specific things.

Firstly, looking at the drone we can see an 8×8 LED panel mounted to the top via what looks to be a black connector. This alone is something we haven’t seen previously as the current Tello models do not allow for extra accessories to be attached to the top of the drone and the LED light panel cannot be bought right now.

Let’s take a look at the paint job. The drone in the picture looks to be the Iron Man edition with a light attached above at first glance but when comparing it more closely, we can see it’s not the same. The Iron Man edition Tello has gold accents all over it that you are not able to see on the drone in the picture on the right even though we are seeing it from a different angle.

From the translation, we can tell that the drone is running open-source hardware and software with the light being included in that. The drone and LED light can be controlled by Arduino, Python, and Scratch coding languages. The magazine also states that it allows students and teachers to control multiple drones at once creating a show with the LED lights.

The new drone looks to be using 5.8GHz instead of 2.4GHz in the previous Tello drones and features what looks to be the same range finder, barometer, front LED, and vision system. The camera could have received an update, but we are unsure.

The board we see the LED light plugged into looks to be made up of a 2×7 pin connector that supports SPI, UART, and GPIO with the ability to pump out 5V and 3.3V to the attached accessory. The magazine also lets us know the WiFi transmission has been improved by more than two times and means 16 people can be flying at the same time, compared to 8 previously. The stability of multi-drone flights has also been improved from 16 to 36.