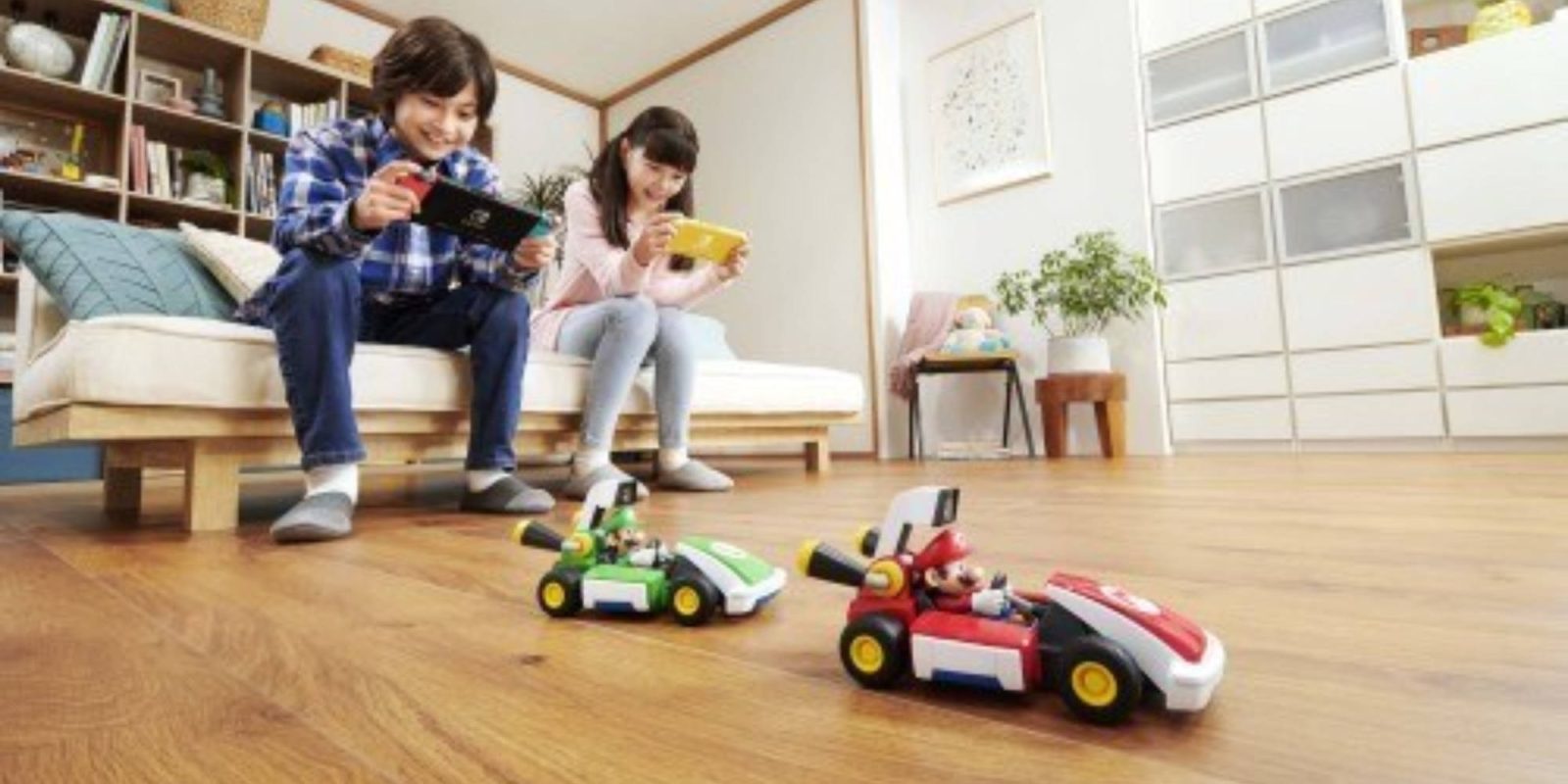 Mario Kart Live: Home Circuit allows you to turn your house into a live race between Mario and Luigi for now. The RC cars are equipped with an FPV camera that sends a live view to your Switch, allowing you to race like you would in every other Mario Kart game.

Mario Kart Live: Home Circuit will be available on October 16th and will cost $99.99. You will be able to pick it up from Nintendo’s online store and major retailers such as Amazon.

In the box, you get Mario or Luigi’s kart, four racing gates, two arrow markers, and a USB cable to charge the kart. It does appear to be a USB-C cable! If you are want to play against your friend, you will have to buy another kit which doubles the number of gates and arrow markers you have.

To get your track set up, you will first want to build the gates that come in the box and place them in an open area in your house. Then connect your kart to your Switch via the app and drive the kart through all of the gates. Doing this tells the game where the gates are, and allows a virtual track to be laid out in the app.

While in a race, you won’t be able to see the physical car in the camera view as the app overlays a digital car over it to match with the rest of the elements. The app also adds in the mystery boxes, the race track outline, coins, other racers, the power-ups, and the rest of the objects that are important to the racing experience.

You can have up to four people playing at once, requiring four Switch consoles for it to work. You can play with the original Switch or the Switch Lite.

Will you be picking up the Mario Kart Live: Home Circuit to bring Mario and Luigi into your house? We’d love to know your thoughts in the comments below.