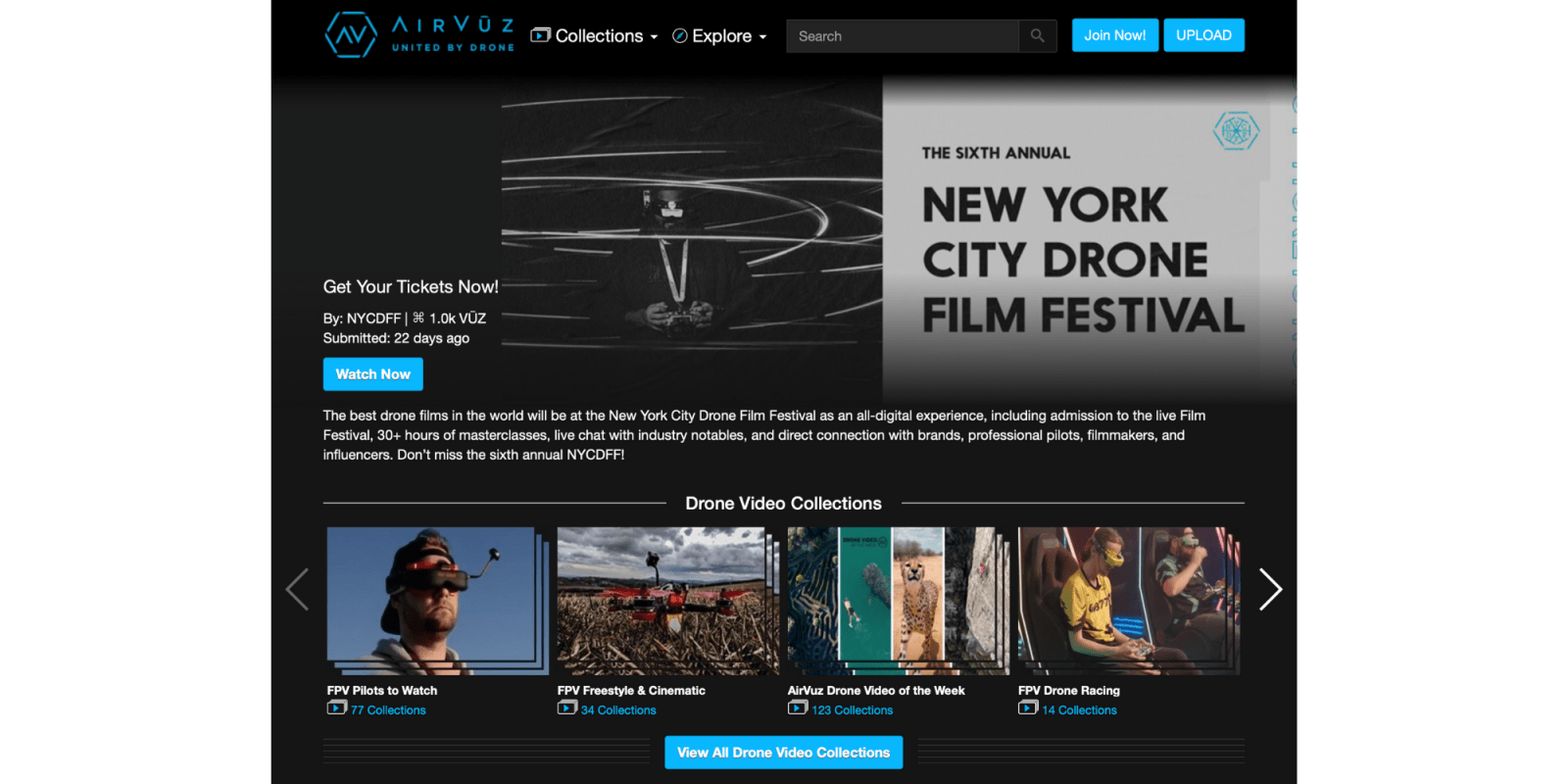 It had to happen sooner or later. And we’re happy to report that it’s now: Drone video company AirVūz has struck a deal with Loop Media to bring short drone videos to a living room near you.

There’s a ton of drone videos out there. Some of them are fantastic. Others? Probably not worth the hard drive space they’re occupying. Plus, you need to have a device — laptop, tablet, phone — to actually watch them. Yes, you can use your smart TV. But then you’re back to sorting through what’s available on YouTube, Vimeo, etc. Of course, there are places like AirVuz, which attract some of the very best drone videos out there. And now, thanks to a new partnership, those videos will be available through devices like your Roku streaming box.

It’s all been made possible through a deal between AirVūz and Loop Media Inc. The latter is a company that specializes in premium, short-form videos.

Streaming to the big screen

AirVūz has a massive collection of professional and amateur drone footage. Some of it, like this work from Russia, is absolutely breathtaking:

The channel will initially launch as part of Plex’s free live tv offering. The channels will focus on Travel, Action, Sports, Tropical, and Nature.

AirVūz is thrilled to announce this exciting news with Loop Media,” said Mike Israel, President and CEO of AirVūz. “This partnership will further broaden the reach for the highly-curated aerial content found on our site and provide even more exposure for the talented drone pilots in our community who create these great videos.

AirVūz has been growing fast. Some of the top drone pilots from around the world upload their work to the platform. Loop Media saw the content as a natural, synergic fit:

This deeper relationship enables us to take their incredibly rich content library to viewers worldwide via a slate of themed content channels that will be made available for all CTV and streaming channel platforms globally. It’s some of the most engaging and captivating content we’ve seen, and based on the initial feedback we are getting from partners, we are confident that viewers will love it.

Content can also be accessed through the Loop app. That means you can play content on iPhone and Android. You’ll also get it on Android-supported TVs made by Philips, Sony, Sharp, and others. Loop also works with Amazon Fire TV.

We look forward to having another place to watch great drone videos — especially on the big screen!