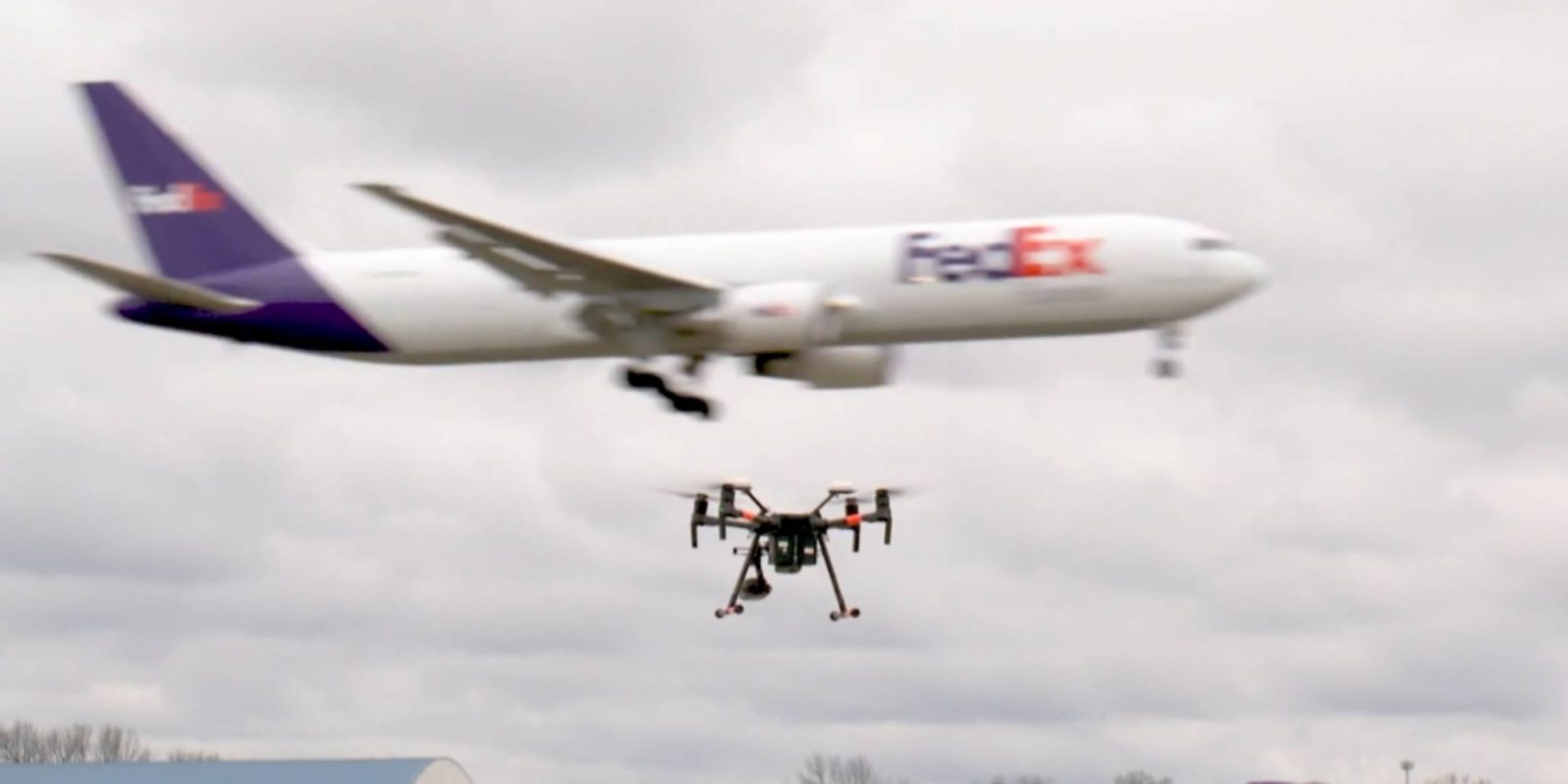 FedEx is working with the Department of Transportation (DOT) to test drone technology within an airport environment at the Memphis International Airport. The tests in association with DJI and Asylon will help form future FAA regulations.

FedEx has been testing drones around Memphis since 2018, with the first year solely used to develop flight procedures with risk management using FedEx’s Safety Risk Management (SMS) process. Throughout this initial phase, drones were being tested at the Memphis Riverfront Park, Memphis Redbird Ball Park, and Liberty Bowl Coliseum.

Once all the tests were passed at the above locations, FedEx finally got the go-ahead to move its testing to the Memphis Airport, where they are now flying drones in three designated areas within the airport. The testing at the airport is being slowly done in three phases.

The drones are currently being used to test various use cases including, aircraft inspections, runway safety inspections, wildlife management, and security surveillance. A big focus is the use of drones to inspect aircraft looking for any exterior damage in hard to see areas of the aircraft. Another test is having a drone carry weight to mimic it carrying a part for a plane, improving efficiency, and removing the need for a person to drive the part across the airport.

As the drones were off the shelf models and aren’t “developed and manufactured according to strict FAA airworthiness standards,” FedEx was required to train crew members and collect operational and maintenance data along with the flight conditions to ensure the test flights were as safe as possible.

The testing was only done at the FedEx ramp at the Memphis International Airport to keep the testing safe. As the tests were successful, FedEx could be allowed to expand its drone operations to its other facilities, including Indianapolis, Alliance Ft. Worth, Oakland, Anchorage, and Greensboro over the next few years.