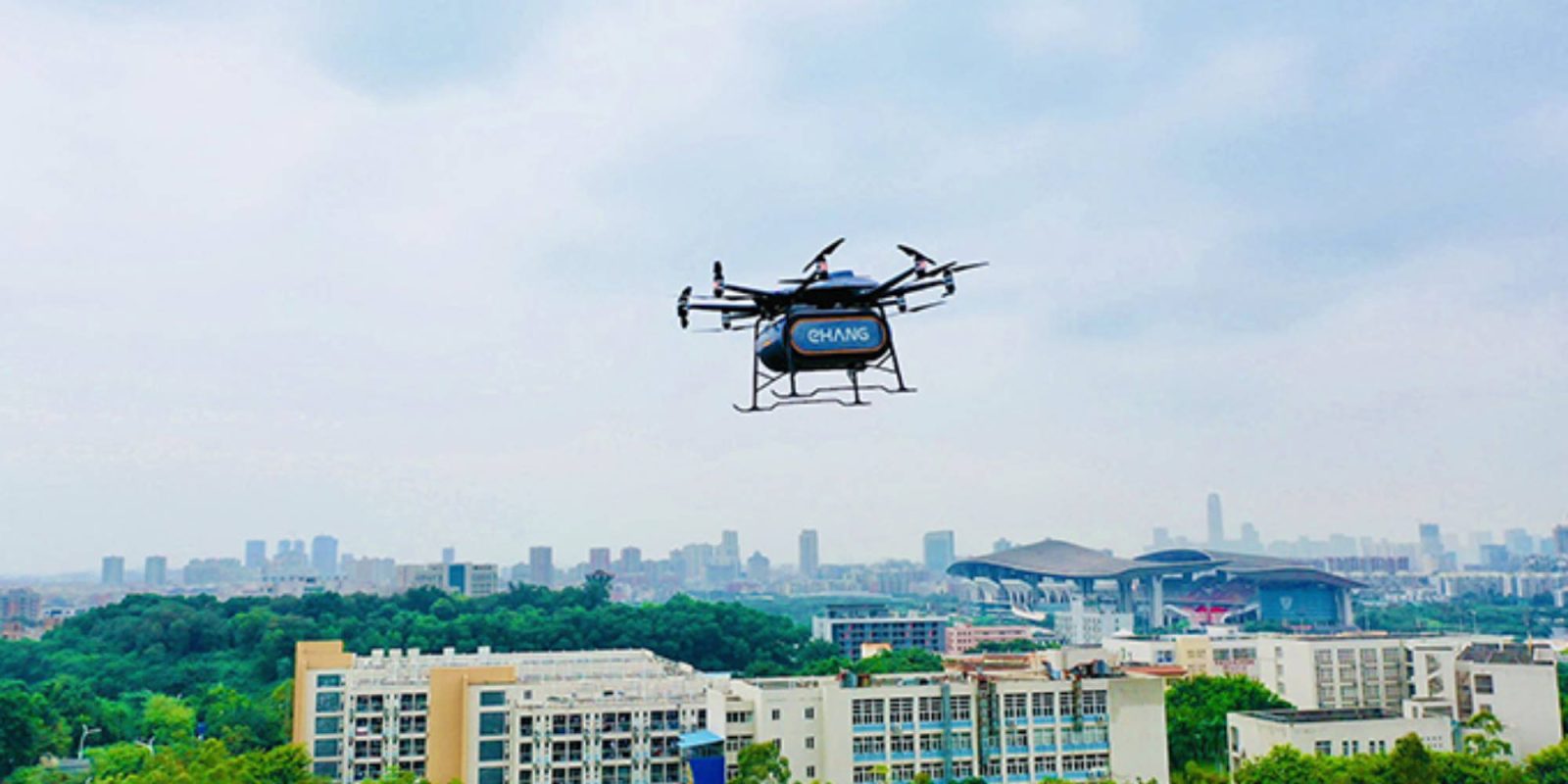 The new EHang 216L has the same eight-arm 16 rotor configuration of the Ehang216 passenger drone but replaces the passenger compartment with a payload compartment capable of holding up to 220 kilograms (~485 pounds).

The drone can fly at a maximum speed of 130 kilometers per hour (~80 miles per hour) and has a flight time of 21 minutes with a full payload. It takes less than 120 minutes to charge the drone back up and allows it to fly 35 kilometers (~21 miles) on a charge.

The logistics drone allows EHang to attract more commercial customers while creating a reliable drone that can better compete with current delivery methods. EHang says the drone can reach a mountain community with poor roads quicker than a delivery truck can. Another use of the drone is to deliver oil samples from offshore oil rigs and for use in natural disasters.

“We’re thrilled to unveil another new version of AAV following the EHang 216F.  The EHang 216L will meet the demand for heavy-lift AAVs for short-to-medium-haul aerial logistics.  With increasing payloads and flight ranges, aerial logistics is expected to be one of the initial commercial applications of AAVs as it has higher efficiencies but lower emissions than conventional ground transportation.  The launch of the EHang 216L also complements our existing aerial logistics AAV portfolio, which consists of the medium-sized Falcon B and the small-sized GD 2.0X.  It also enables us to meet customer needs in various aerial logistics use cases.”

Would you fly in an unmanned passenger drone? Or will you wait a few more years for the technology to improve? Let us know your thoughts in the comments below.