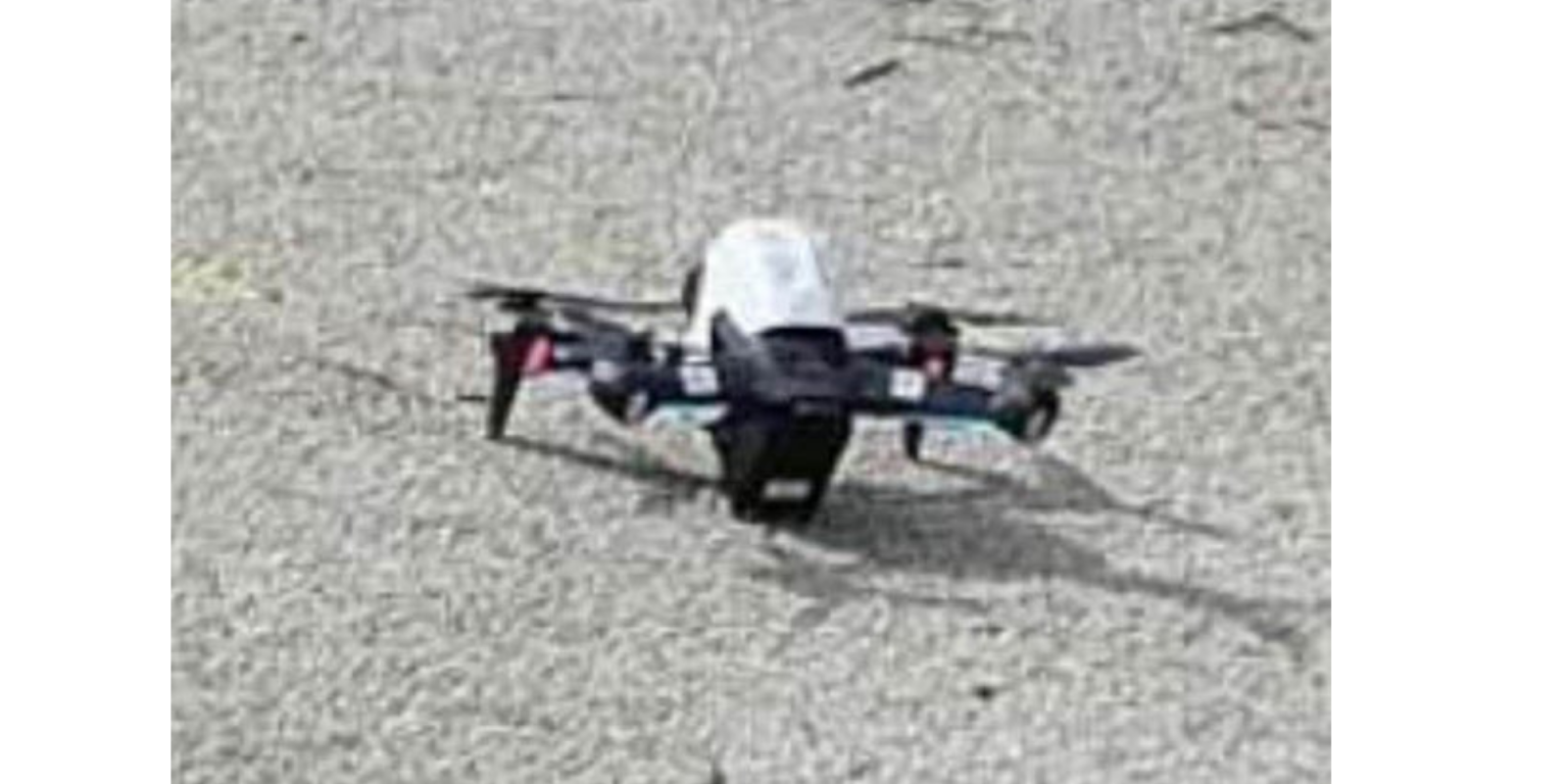 There’s another DJI leak. And this one appears to show what is believed to be an FPV drone.

There are always rumors bubbling around DJI. That just goes with the territory when you’re at the top of the industry and you hold your cards close to your chest. And so people who report on this industry come to rely on trusted sources. Some of those sources are back-channel. And some, like Twitter user @OsitaLV, post their leaks directly with social media. It was through @OsitaLV that the world learned recently that DJI might have an FPV drone in the wings. Perhaps you saw our earlier story about this. Well today, @OsitaLV was at it again. And this time, there’s another picture.

Well, there’s not a ton we can see here. But there are a few telling things. The arms look incredibly robust. This is something we’d expect from DJI, which is going to want to over-engineer this to protect it from damage. (This has been, in my apparently incorrect opinion, one of the reasons I believed DJI would avoid the FPV scene. People crash their FPV units a lot and it’s tough to imagine DJI entering a sector where there could be a lot of contentious warranty claims).

We can also see what appears to be an interchangeable battery at the back end. This would obviously make sense, as DJI would most certainly not be selling standard hobby-type batteries using XT or other connectors. DJI would produce a sealed, ruggedized unit. And that’s what this appears to be.

Also worth noting is that this drone appears to be resting on its front legs and the battery. This also makes sense in terms of reducing weight and drag. But why have legs at all? Most FPVs land awkwardly on the bottom of their fuselage, often on the battery itself (before falling sideways).

Theory: This could indicate that the DJI model is intended to land from a very stable hover, perhaps even with an auto-and feature. Don’t get your hopes up – it’s just an educated guess.

Now is a good time to take a look back at the other photo – also, not surprisingly, from @OsitaLV.

This photo, leaked earlier, shows a few things of note. What appears to be an action camera (which would almost certainly be an Osmo) mounted at the front. We see the DJI logo just behind it, followed by the DJI branding pattern revealed through the rubber grooves. Though we can’t see everything, it appears to be ruggedly constructed — including some protection around the rear motors (or so it appears).

Is this the same drone that appears in the new photo? Maybe. It’s difficult to tell, as we can’t see the black rubber on the top of the new image. That being said, a curve on the top of the fuselage could easily make that feature invisible from the perspective of the latest photo. On the new photo, it also appears more white than grey. We just can’t say for sure.

We’re excited about the prospect of a DJI FPV drone. We don’t believe it will necessarily be a racing drone, as pilots love to endlessly tweak their FPV racing drones, and DJI isn’t going to want people modding its products. But a reasonably fast, stable platform with the kind of engineering DJI has built its name with? Put our names on the list.

There has so far been no confirmation from DJI that this even exists. We hope it does. And we hope we’ll have more details soon.

What do you think? Is this a new DJI FPV drone? Would you buy one? Let us know in the comments below!