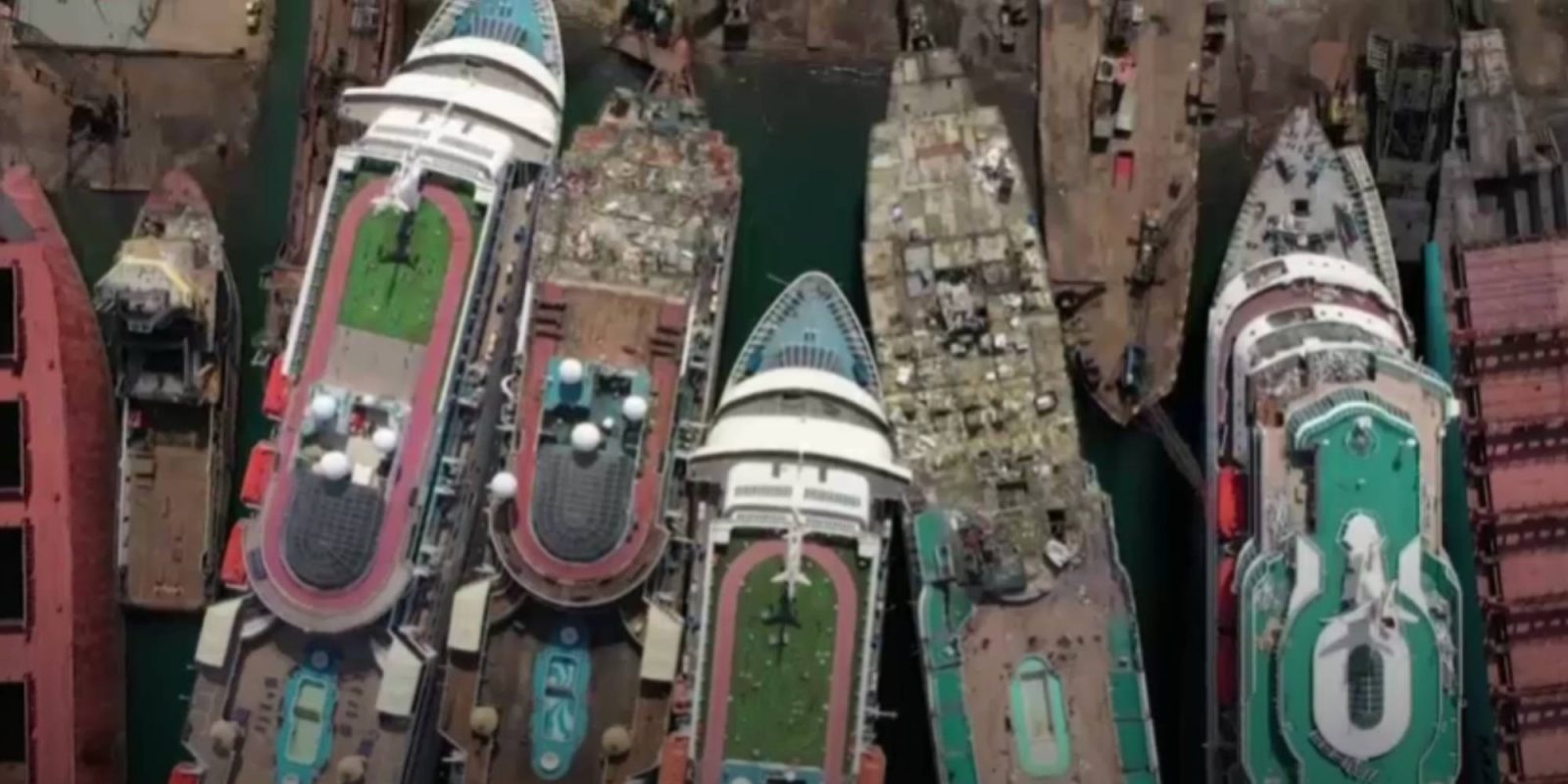 In a recent drone video, we see the devastating impact the COVID pandemic has had on the cruise ship industry, with many being stripped and sold for the scrap metal. Cruise ships were a major spreader for the coronavirus, basically killing themselves off.

The video captured at a Turkish shipyard shows five cruise ships part way through being dismantled. The video was taken earlier this month at the shipyard in Aliaga, Turkey, west from the capital of Ankara.

As the global pandemic has stopped all international travel and therefore cruising, a majority of cruise ship companies are being forced to sell their ships for scrap metal to cover costs.

On top of the lack of international travel, cruise ships were one of the major breeding grounds for the virus with three Princess Cruises ships being at the center of the mess.

Australian broadcaster, Channel 7 produced a documentary-style video on the role cruise ships played in the pandemic.

Chairman of a ship recycling industrialists’ association, Kamil Onal told ABC News that the shipyard usually took apart cargo and container ships but after the pandemic, it has become the final docking location for many of the world’s cruise ships.

“There was growth in the sector due to the crisis. When the ships couldn’t find work, they turned to dismantling.”