The threat of the terror drones 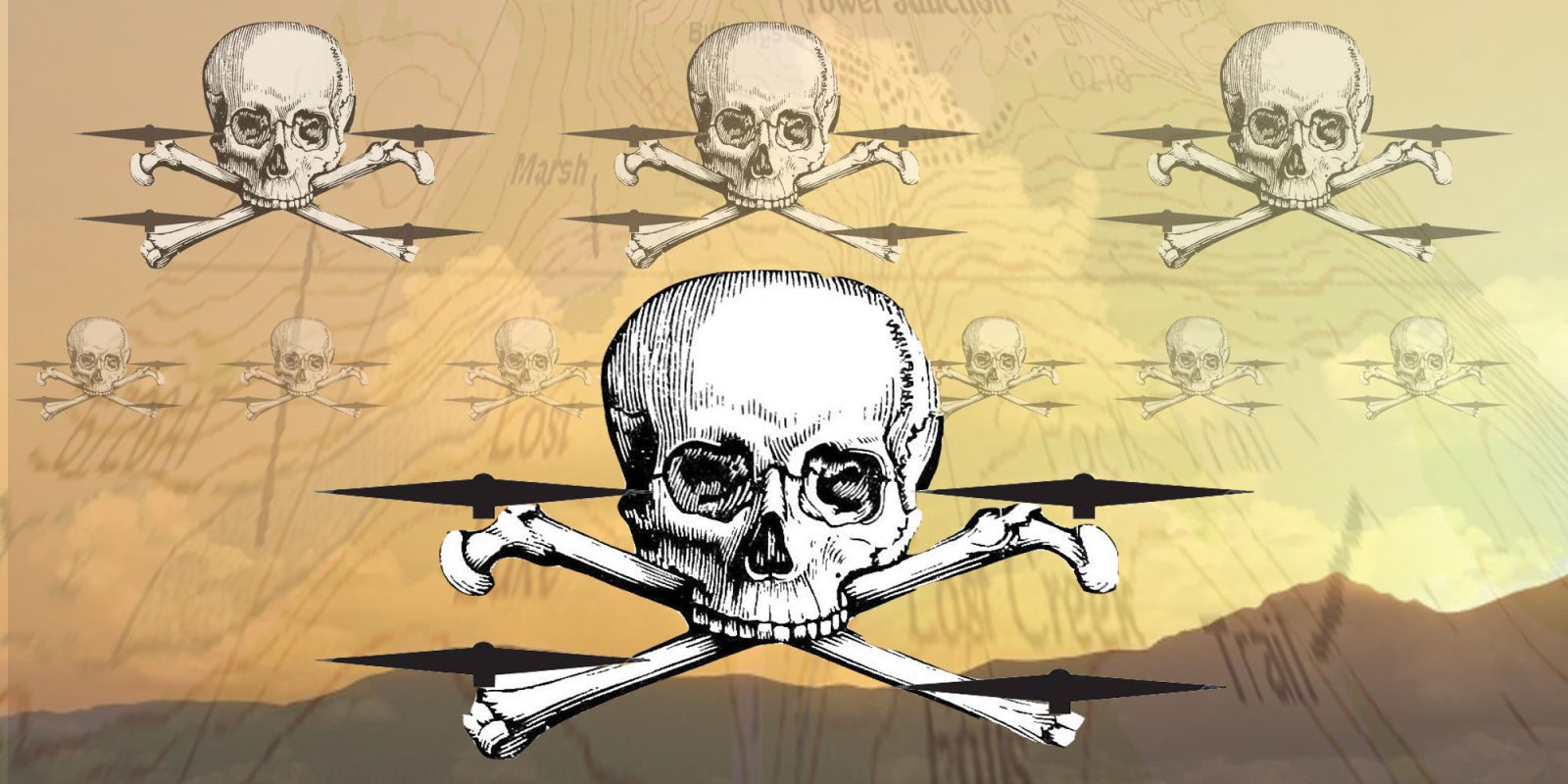 Most hobbyists consider their drone to be a terrific tool — a lot less dangerous than a hammer and way more fun.

But there are times when we wonder about the drone’s dark potential. What could it do in the wrong hands? Out of a sense of good citizenship, though, most drone users are unlikely to share those thoughts in public.

Well, feel free to vent because the Association of the United States Army voiced your worst fears.

In a new report, it suggests the growing use of drones for crop dusting shows they can equally deliver chemical or biological warfare (CBW) agents.  What’s more, the software that enables multiple drones to swarm and co-ordinate is likely to encourage the proliferation of these poisons.

Lieutenant Colonel Claude A. Lambert, a Strategic Planner at US Army Materiel Command, points out a few worrisome events where drones could have caused havoc:

Depending on your view, these are either jolly japes or mock assassinations. Militaries have to take the darkest view of human nature. So Lieutenant Colonel Lambert calls for a national US strategy to detect and identify drone threats. He doesn’t have easy solutions, though.

“There is no ‘magic bullet’ in countering a … threat,” he writes. “No single comprehensive material solution will completely eliminate the (drone) problem. Kinetic methods, signal hijacking, radio frequency interference and directed energy are areas that can be explored to defeat (drones) in a practical, cost-efficient manner.”

He says in July 2019, the US Marine Corps successfully used a new portable jammer system to jam an Iranian drone in the Strait of Hormuz. But this was a military on alert in a conflict zone. Domestically, the FAA registers about 1,700,000 drones in the US. No one knows how many unregistered ones. Lieutenant Colonel Lambert believes the military and law enforcement need to work closely with science and industry to counteract the threat of deadly drones.

Preventing the Weaponization of Drones

He also wants the international community to stop the trafficking of the chemicals that might weaponize drones.

Lieutenant Colonel Lambert points out another potential weakness in the drone defense shield. The US military minimized its chemical and biological training during recent wars because its adversaries lacked these weapons.

“As a result, the joint force now finds itself unprepared to confront a chemical or biological warfare threat,” he writes.

“One thing is for certain: anyone willing to develop or acquire a CBW agent and deliver it via a (drone) will likely not be able to be deterred.”