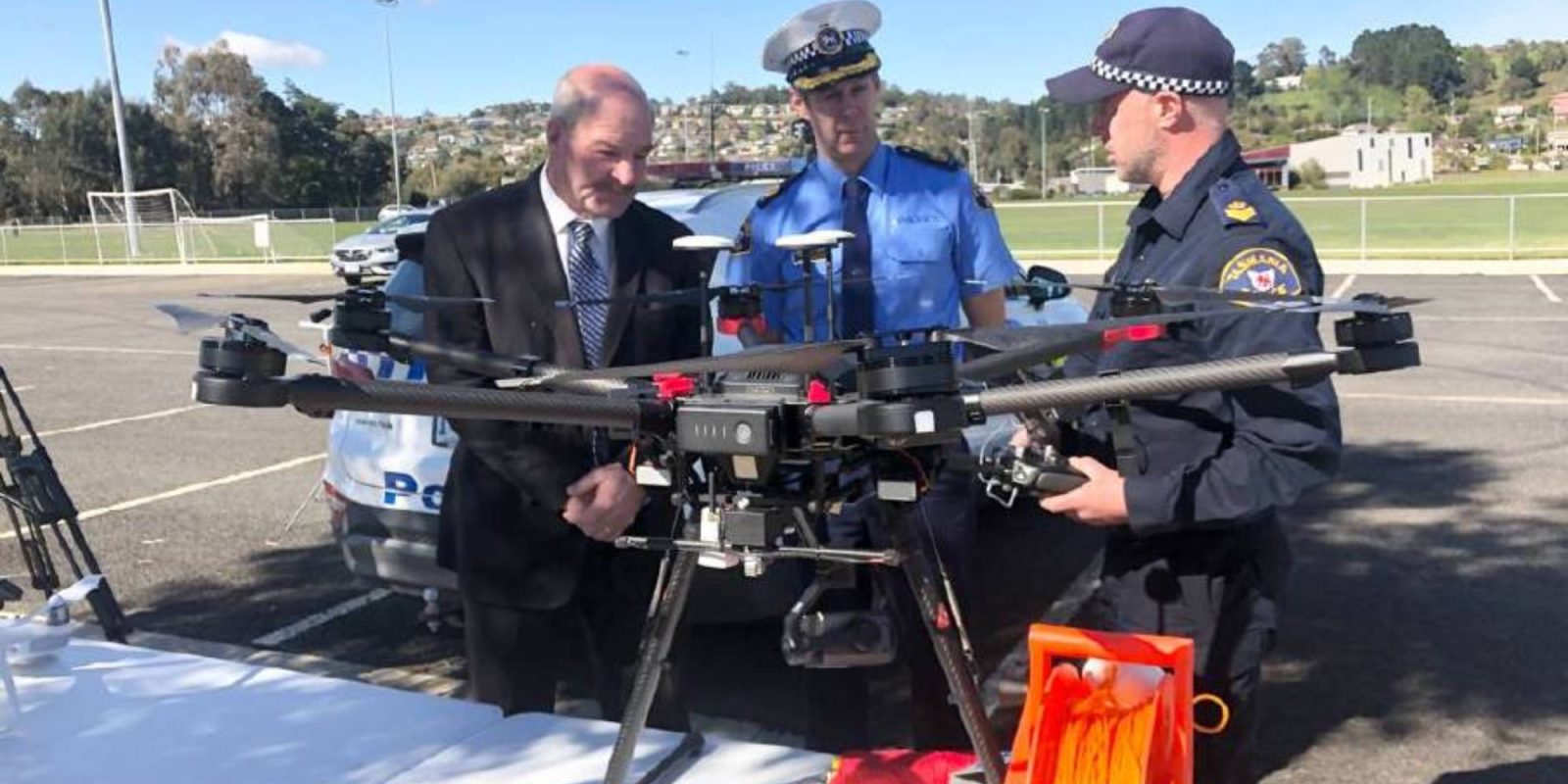 Tasmanian police in Australia are getting the latest drone tech to fight crime in the state, thanks to the government’s AUD$400,000, (US$283,640) drone program. Over the next four years, drones will slowly become an everyday tool for Tasmanian police.

Earlier this week, a range of drones were added to the Tasmanian police’s fleet as the start of a four-year state government commitment to drone technology. For now, the drones will be used to help out in investigations before becoming day-to-day tools.

Police can now cover the whole of Tasmania with drones, thanks to the 20 trained drone pilots on the force, with five more to be trained in the near future.

Drone usage around the state has grown over the last few weeks, with burglaries and suspects trying to evade officers. You can watch the drones in action here.

Over the last couple of weeks, we’ve seen the drones used really effectively, particularly in relation to officer safety and solving crime.

There was recently a burglary where the drones were able to identify and find the vehicles on a large farming property, which led to finding stolen firearms. The drones are also useful for police when a car refuses to stop or drives off. The drone can be quickly deployed and follow the suspect giving police on the ground an accurate location.

The drones save a lot of manpower out walking and help in going to locations that are difficult to attend on foot. The larger drones can drop items at scenes, including a mobile telephone, transporting rope, as well as food and water and first aid equipment. It can even take an inflatable life vest if someone is in a water situation.

When it comes to crash scenes, a drone can quickly be sent up, take photos, and create a 3D model of the scene, all within a fraction of the time it would take officers on the ground to do. It allows the road to open back up quicker and reduce the amount of traffic.