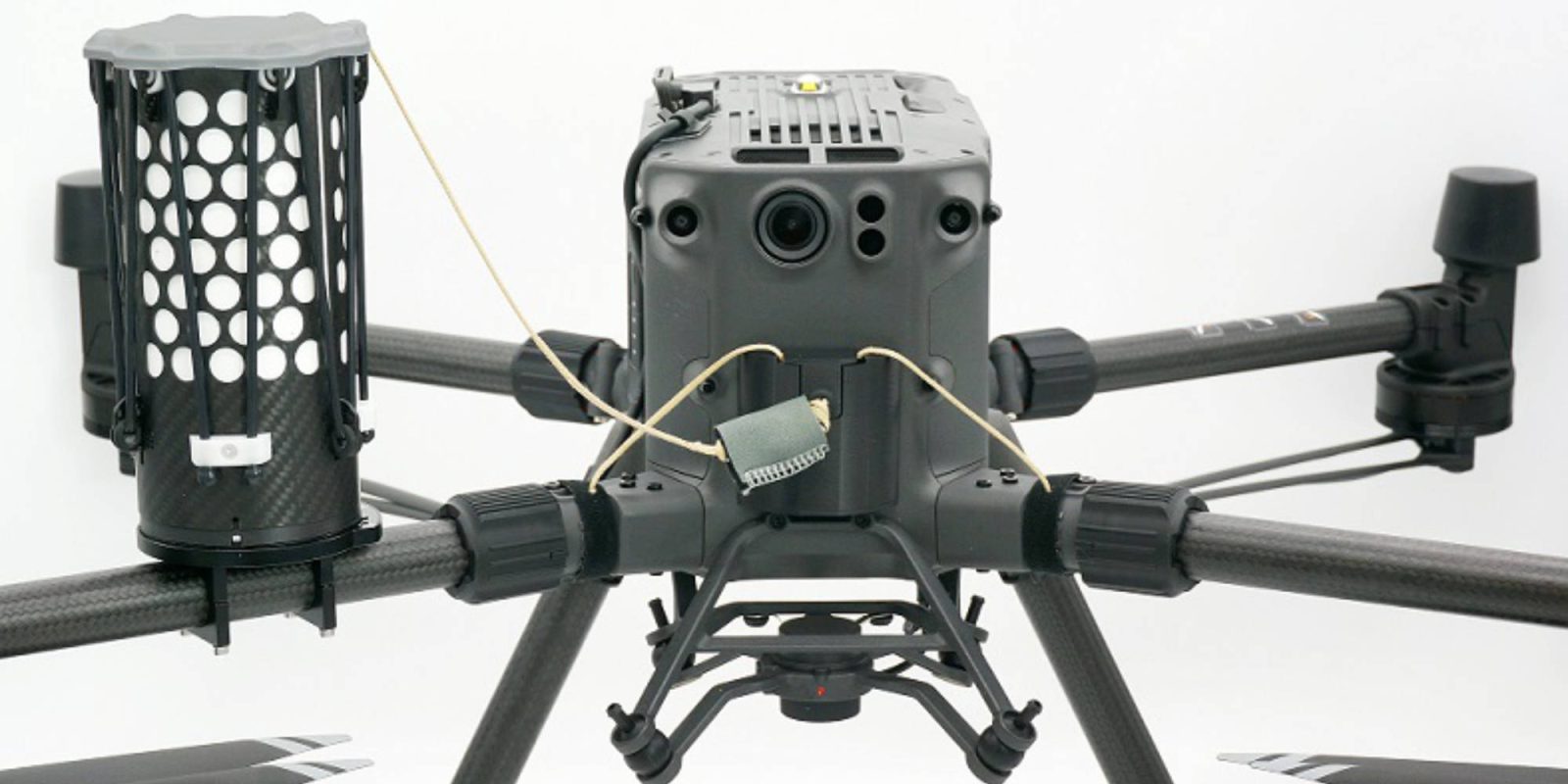 Today, Drone Rescue launched its parachute system for the DJI Matrice 300 RTK enterprise drone, making operations even safer. The DRS-M300 parachute adds an extra layer of peace of mind for drone pilots in case the drone goes down for some reason.

The parachute also allows you to fly over crowds in some countries, which is illegal for drones to do. Another big benefit of equipping your drone with a parachute is being able to fly it beyond visual line of sight (BVLOS) and more complex missions.

The parachute system weighs 490 grams with a height of 160 mm and a diameter of 75 mm. The parachute can support the maximum take-off weight of the DJI Matrice 300, which is 9 kg.

Along with the DRS-M300 parachute, Drone Rescue will be launching a smaller system for the DJI Matrice 300, DRS-M300-S2, with a smaller parachute. It also cuts down on the weight by 50 grams from 490 to 440 grams.

The DRS autonomous parachute solution provides you with the following advantages:

“Based on the technical performance of the DJI M300, we expect this flight system to match the success of the other DJI models. So it was obvious to us to develop a parachute system for this new model as well. Similar to the DJI models already established on the market, the DJI M300 enables a wide range of industry-specific applications. As with other flight systems, the aim here is to protect the drone with the sometimes cost-intensive cameras and sensor systems in the event of a malfunction. We want to ensure that the drone can be safely recaptured even in an emergency, including Beyond Visual Line of Sight (BVLOS). With our parachute system, this is always possible due to the electronics being completely independent of the flight controller.”