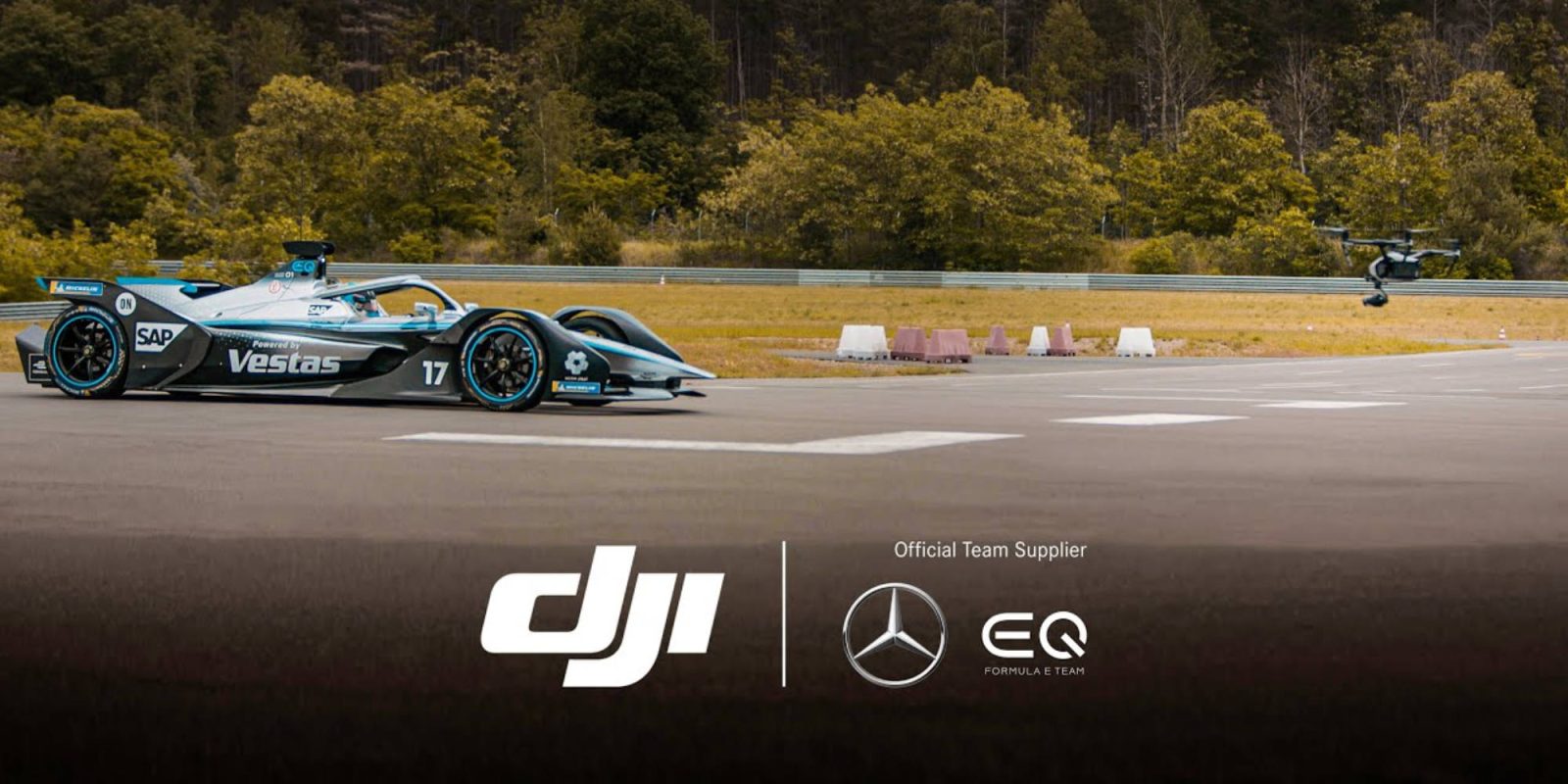 DJI has announced its latest partnership with the Mercedes-Benz EQ Formula E team to supply it with drones and other filmmaking equipment. The partnership aims to bring fans closer to the team on and off the track in ways that haven’t been done before.

Along with equipping the team with the latest drone technology, DJI will also provide ground-based cameras, which will likely include its Osmo Action, the new Ronin S2 gimbals, and DJI’s unreleased FPV drone.

Mercedes-Benz is already using DJI’s Osmo Action camera to capture smooth 4k footage from the car and has been doing so since the Mexico City E-Prix.

The series has become a pioneer of technological innovation, sustainability, and electric mobility. We’re looking forward to working with DJI and to be able to deploy their advanced technologies and creative expertise in the Formula E environment.

The partnership came to be after DJI and Mercedes-Benz found they shared the same values after a few conversations, as well as connecting on the shared interest of extending “the boundaries of what is technically feasible.”

Basile David, Head of Partnerships at DJI followed with:

DJI is excited to work with the Mercedes-Benz EQ Formula E Team and to be a part of one of the world’s leading motorsports series. The shared values of the two brands – driving change and progress through innovation and the pursuit for excellence through collaboration – will enable us to take creative storytelling to new heights.

You can watch a short promo video about the partnership below or on DJI’s YouTube channel. You will able to watch DJI’s tech in action during Formula Season 7 starting in mid-January. The 2020-2021 season includes 12 teams from around the world with 24 drivers.

Season 7 was supposed to be the first season the new updated Spark Gen2 EVO was to be used but has been delayed due to the COVID pandemic. Either way, it will be great to see some cool footage coming from the Mercedes-Benz garage and race cars.