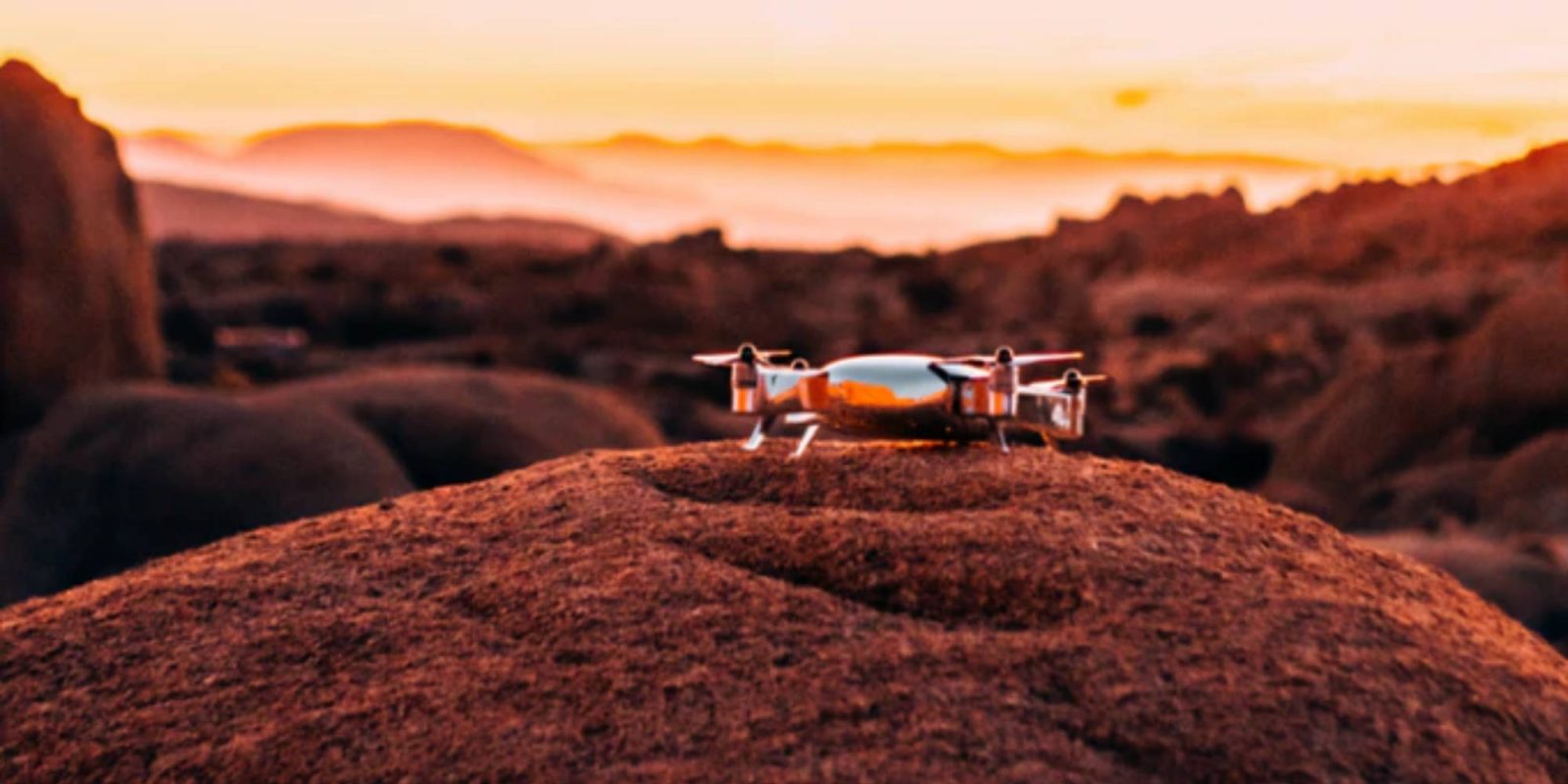 A recent Kickstarter drone we came across is the VISTA Drone, which aims to replace your current drone by capturing 8k 360-degree videos and 40 MP stills, meaning you no longer need to worry about the way the drone is facing.

From the first look, the VISTA drone appears to be solving the big problem of capturing that one moment or sunset just right. You no longer have to worry about getting the drone’s position just right and perfecting that slow camera tilt. That can all be done while editing now.

The drone is equipped with dual Sony IMX 204 sensors capable of 4k video and 20 MP stills each. The two sensors are positioned above and below the drone with 180-degree lenses allowing for a full 360-degree stitched image to be created.

The VISTA Drone has all the standard features you’ve come to expect from smart drones these days, auto take-off and landing, autonomous navigation, 1080p live streaming, swappable batteries, a high-resolution camera, follow me mode and return to home mode.

The more interesting ones for me are creating virtual tours and creating 3D maps with built-in modes. The drone is equipped with a range of sensors that allow it to navigate indoors and capture 360-degree photos, videos, and accurate maps of the whole house to help you sell it later. This means you won’t need to manually go around the place capturing photos from each room, put the VISTA Drone in virtual tour mode, and it does the rest for you.

The 360-degree camera array is the best thing this drone has to offer. The amount of times I’ve just missed a boat speeding by or accidently stuffed up a a smooth pan of the camera would make this drone a good option for me, and I’m sure there’s a few of us out there.

I’ll be keeping a close eye on this project over the coming months to see how the team progresses and how the drone comes along.

As always there is a certain degree of risk attached to Kickstarter projects much like this one. Anything could go wrong from now to right before shipping but from what I can see, it looks like a passionate group of people wanting to create a drone that makes it easier for everyone to capture some awesome footage.

If you are interested in backing the project, there are still 32 days to go with the drone available for $1,199. Previously, the drone was up for grabs for just $899 on launch day but is no longer available. Delivery is estimated for April 2021.

I’d recommend that you read the accountability policy of Kickstarter in case anything goes wrong with the project.

What do you think of the drone? Would you buy it or do you skip past all Kickstarter projects? We’d love to know your thoughts in the comments below.