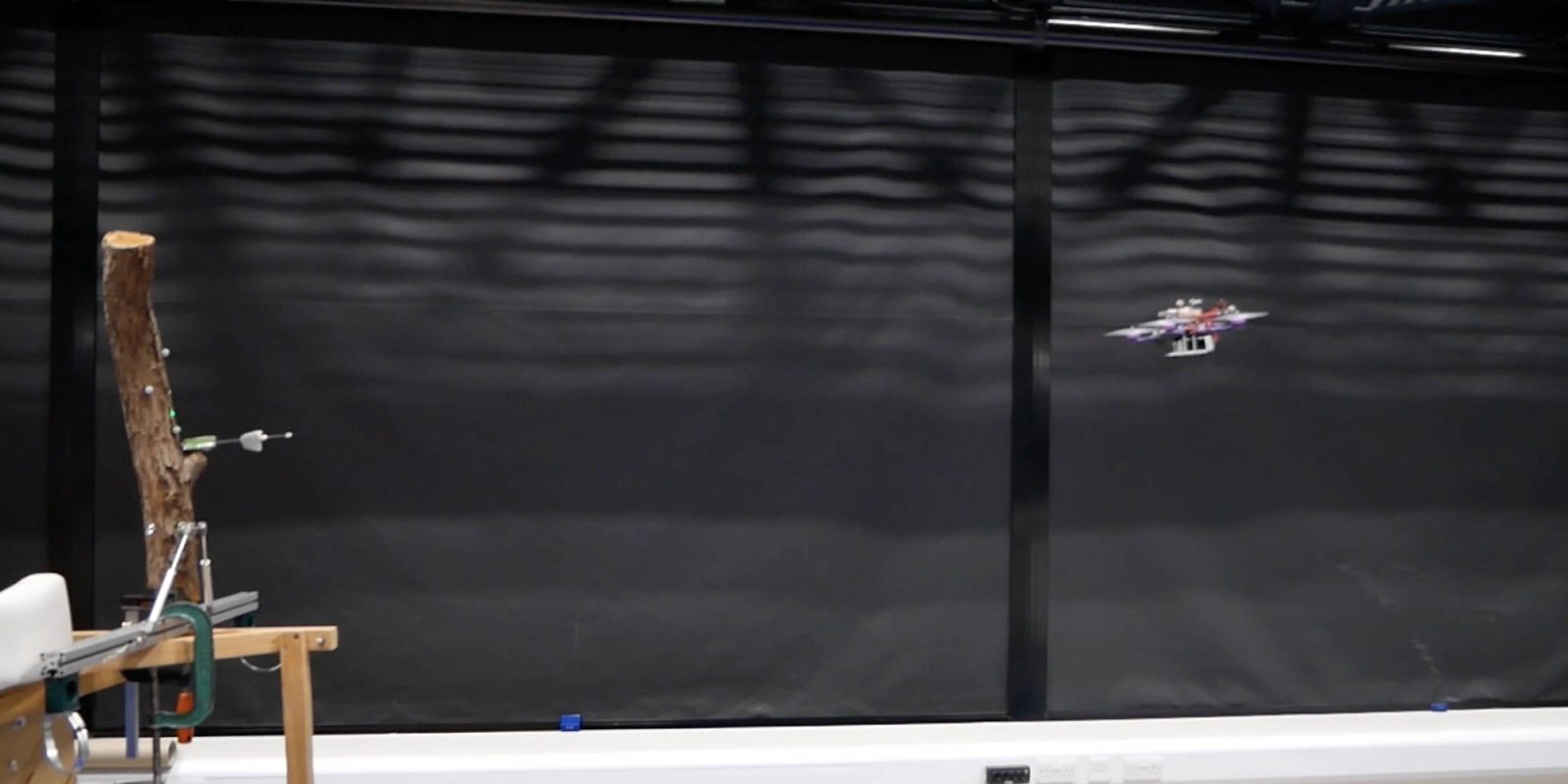 Researchers in the UK have developed an innovative solution to get a wireless network of sensors into dangerous areas using drones that shoot darts into trees and other soft materials.

Current methods of getting sensors into an area with a drone are comprised of dropping them onto the ground and hoping for the best, or trying to stick the sensor in a certain place with something like a robotic arm.

The sensor-packed darts can stick into soft objects like a tree from up to four meters away and have an accuracy of around 10 centimeters at this point. The drone itself is equipped with a spring-loaded mechanism that shoots the darts out.

Below is an excerpt from the Abstract of the research project. The full description can be found in the video at the bottom of this post.

Unmanned aerial vehicles have been shown to be useful for the installation of wireless sensor networks (WSNs). More notably, the accurate placement of sensor nodes using UAVs, opens opportunities for many industrial and scientific uses, in particular, in hazardous environments or inaccessible locations. We propose and demonstrate a new aerial sensor placement method based on impulsive launching. Since direct physical interaction is not required, sensor deployment can be achieved in cluttered environments where the target location cannot be safely approached by the UAV, such as under the forest canopy.

The current dart uses a spine to dig into the tree, but the researchers say they can use other, more permanent methods, including chemical bonding, magnets, or adhesive. The team has already been testing magnets during indoor testing. They found that the magnet is a good way to attach the darts, but it requires the drone to be within a target meter.

The drone currently requires it to be controlled manually, but researchers plan on making the system autonomous along with shooting the dart. The next step is to use object detection hardware and software to track the target and shoot along with depth sensors to avoid obstacles and other trees.