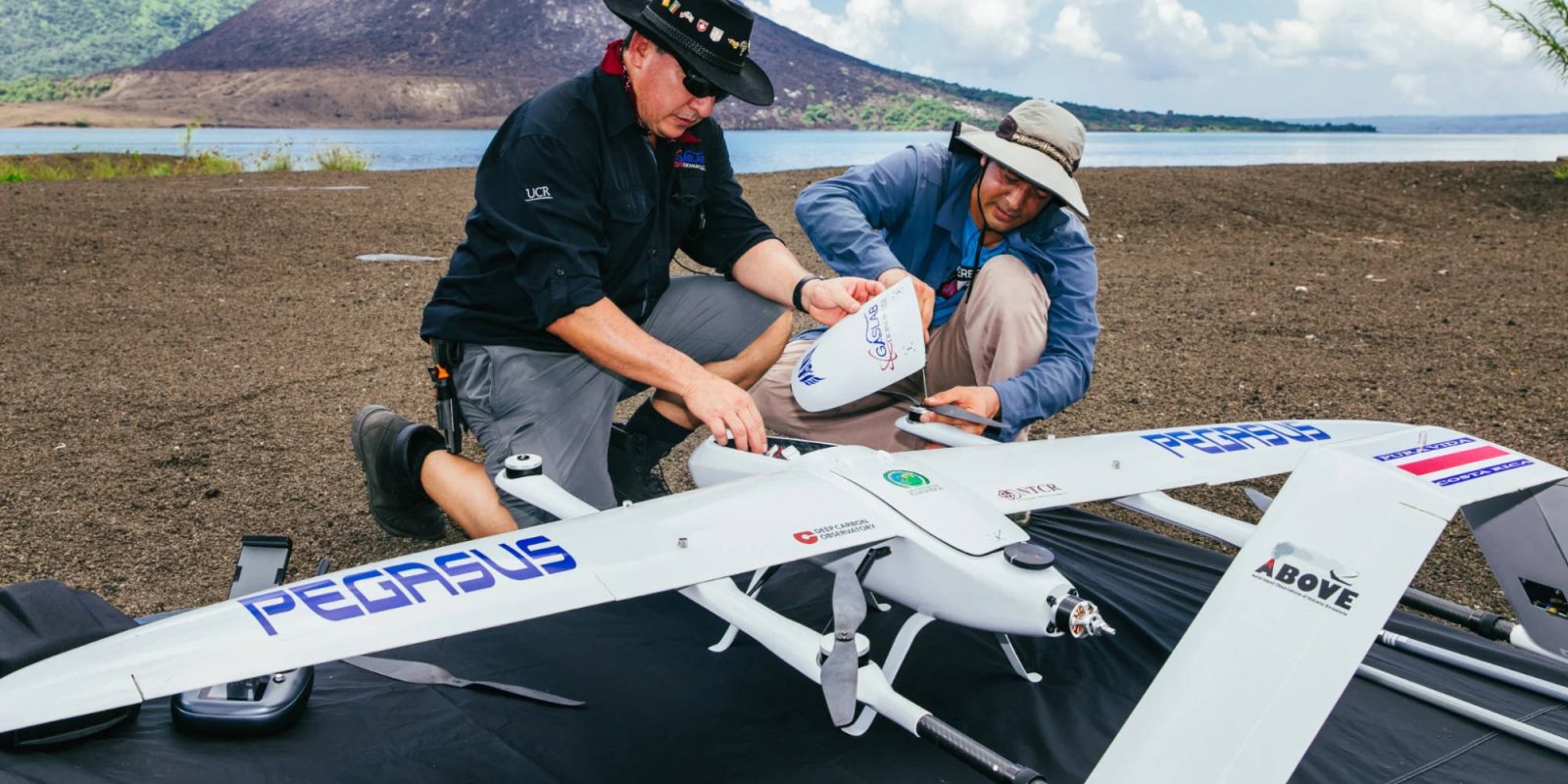 Researchers have begun using drones to capture life-saving data from active volcanoes, starting with one in Papua New Guinea (PNG). The drones have been deployed to help local communities monitor nearby volcanoes and decide if an evacuation is needed.

The drones are currently deployed above the Manam volcano off the north coast of Papua New Guinea which is an island around 6 miles in width and has a population of 9,000. The island is known to have one of the most active volcanoes in the country.

Scientists can currently monitor and detect volcanoes by looking at the seismic activity in the area that usually comes before a volcano. Satellite images are also used when the skies are clear to detect large amounts of gas coming out of the volcano, which means it will erupt soon.

“Manam hasn’t been studied in detail but we could see from satellite data that it was producing strong emissions.”

Even though the amount of carbon dioxide produced by volcanoes is tiny compared to humans, researchers are still interested in the amount they let off to help with climate change studies and predicting eruptions.

Researchers and scientists took two drones to PNG, both equipped with gas sensors, cameras during two periods in October 2018 and May 2019. The drones flew above 6,500 feet high at a range of around 3.7 miles from the home point.

During each flight, the drones captured images and gas data of the volcano, which shed light on an increasing amount of gas being vented out of the southern crater. A few months after the team left in May 2019, the volcano erupted.

To better understand what was happening with the volcano, scientists captured data on the amount of carbon dioxide and sulfur dioxide being let out, which is a more reliable reading than the carbon dioxide alone.

Scientists found that the Manam volcano is in the top 10 of the strongest gas releasing volcanoes globally, emitting around 3,700 tons of carbon dioxide and 5,100 tons of sulfur dioxide.