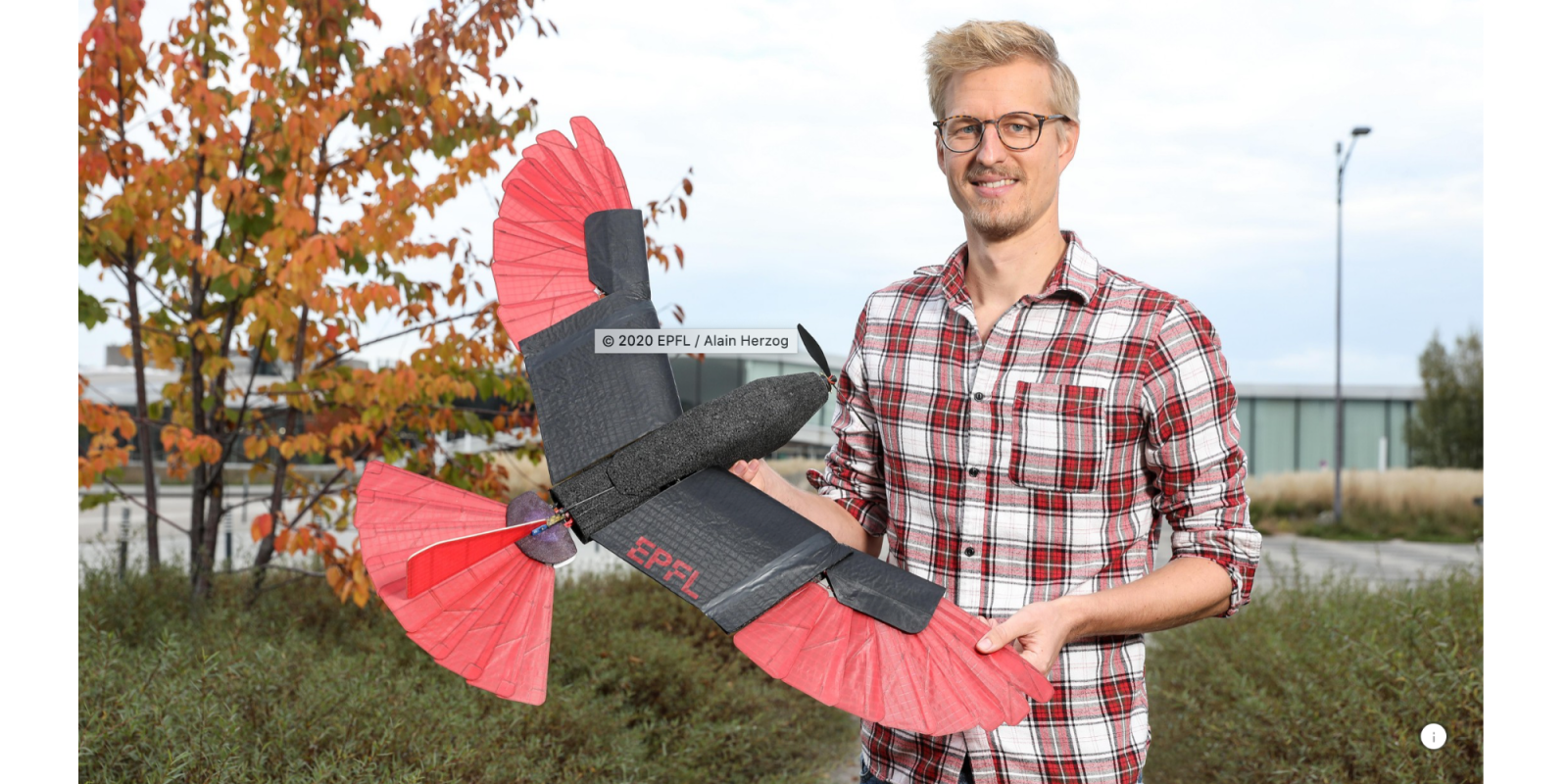 Ever hear of biomimicry? It’s when an inventor creates something that mimics a biological feature found in nature. Now, engineers at a European technical institute have done that with a drone.

You’ve likely heard that saying about re-inventing the wheel. Why would you bother doing that when the current version does what it needs to so well? The same theory applies to biomimicry. If evolution has been working at perfecting some aspect of a species for millions of years, perhaps we can take a clue from that? There’s a reason why shark skin has the texture it has; why geckos can cling to the wall, why bird feathers are constructed so that they can slide over one another to change the surface area and flight characteristics of a wing. And it’s part of that last feature – the shape-shifting ability of some wings – that caught the attention of engineers at the science/technical institute EPFL in Switzerland.

They were so intrigued…they thought they’d build a drone that incorporated this feature.

Scientists at EPFL’s Laboratory of Intelligent Systems had been intrigued by the flight patterns of the northern goshawk. The powerful raptor is also exceedingly agile, capable of flying through even dense forests with ease. They noted that part of its superpowers come from the way it shifts the shape of its wings.

And soon, they had a drone that could do the same thing:

Those feathers are super cool. We’d love to play around with a drone with these capabilities!

But there was a clear purpose behind the design:

Our design extracts principles of avian agile flight to create a drone that can approximate the flight performance of raptors, but also tests the biological hypothesis that a morphing tail plays an important role in achieving faster turns, decelerations, and even slow flight

It was fairly complicated to design and build these mechanisms, but we were able to improve the wing so that it behaves more like that of a goshawk,” says Ajanic. “Now that the drone includes a feathered tail that morphs in synergy with the wing, it delivers unparalleled agility.

This bird-like drone offers nearly endless permutations for flight. In other words, there are many, many combinations of wing and tail shapes that can be used in combination for specific purposes.

But that flexibility also means that it’s tricky to pilot. Imagine, trying to manually set the shape of the front wings and the shape of the tail, all while in the midst of flight. Sound complicated? It is.

As a result, the team at EPFL is looking next at how to incorporate AI into the drone, so that some of these shape-shifting combinations can be triggered automatically depending on the circumstances.

We look forward to watching this work progress!