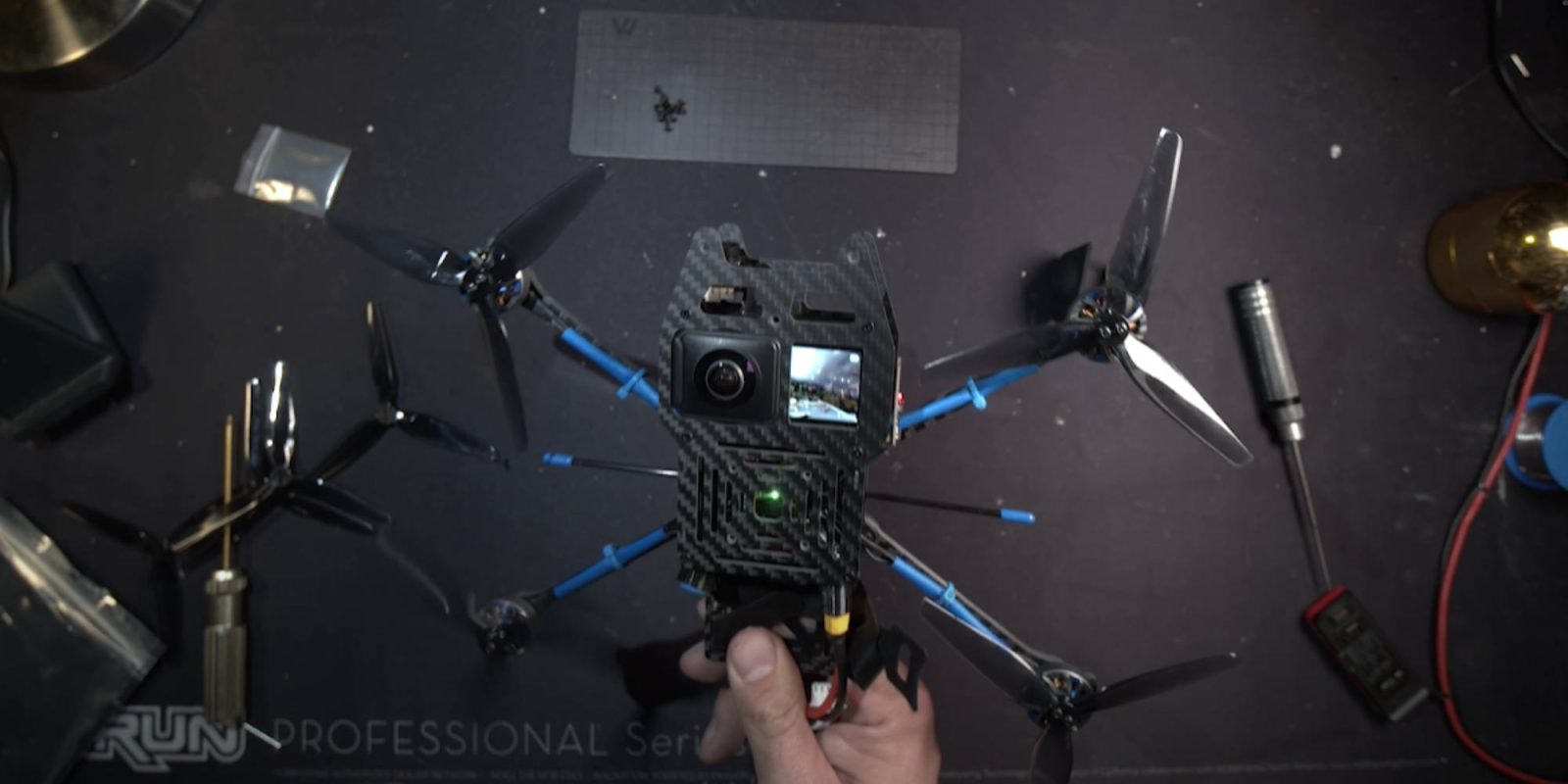 While ordering a smaller FPV drone from BETAFPV, I came across the X-Knight 360 drone and couldn’t find any videos due to it being released last month. That changed when NURK uploaded a first-impressions video on the drone earlier this week.

On paper, the drone looks like it will be a beast, with the ability to capture 360-degree footage without any of the drone getting into the view on the Insta360 ONE R. BETAFPV even went as far as creating custom slim batteries that match the height of the frame.

Looking at the specs, the drone comes in two options — a cheaper analog setup and a more expensive Nebula digital setup. Other than that, the drone is the same, featuring 2004 3000KB brushless motors, HQ 5025 three-blade props, a custom 4S 1000mAh battery, sold separately, BETAFPV’s Toothpick F4 flight controller, and the mounting system for the ONE R.

Getting into the video

When I found NURK’s, I got a little excited that someone so dominant in the drone-racing scene got their hands on it and would give an honest review of it.

NURK points out in the beginning that he was excited to test out the X-Knight as it has been specially designed for the camera, meaning the drone will always be invisible to the camera. An issue that was spotted early on in the video is that the bottom-facing lens on the ONE R has no protection from the ground whatsoever, allowing the lens to get scratched on landing or in a crash.

You can watch the full video below to see the test footage and get the full NURK experience. Are you interested in a 360-degree FPV drone, or do you prefer a more standard camera?

From the video and listening to what NURK has to say, it appears that the X-Knight 360 is more of a prototype drone that has been released to the public for wider feedback. The protection issue with the camera and a few other issues make the drone a pass for me this time around, but hopefully, V2 fixes all of the issues and makes it even better.