Protecting a drone with tensegrity 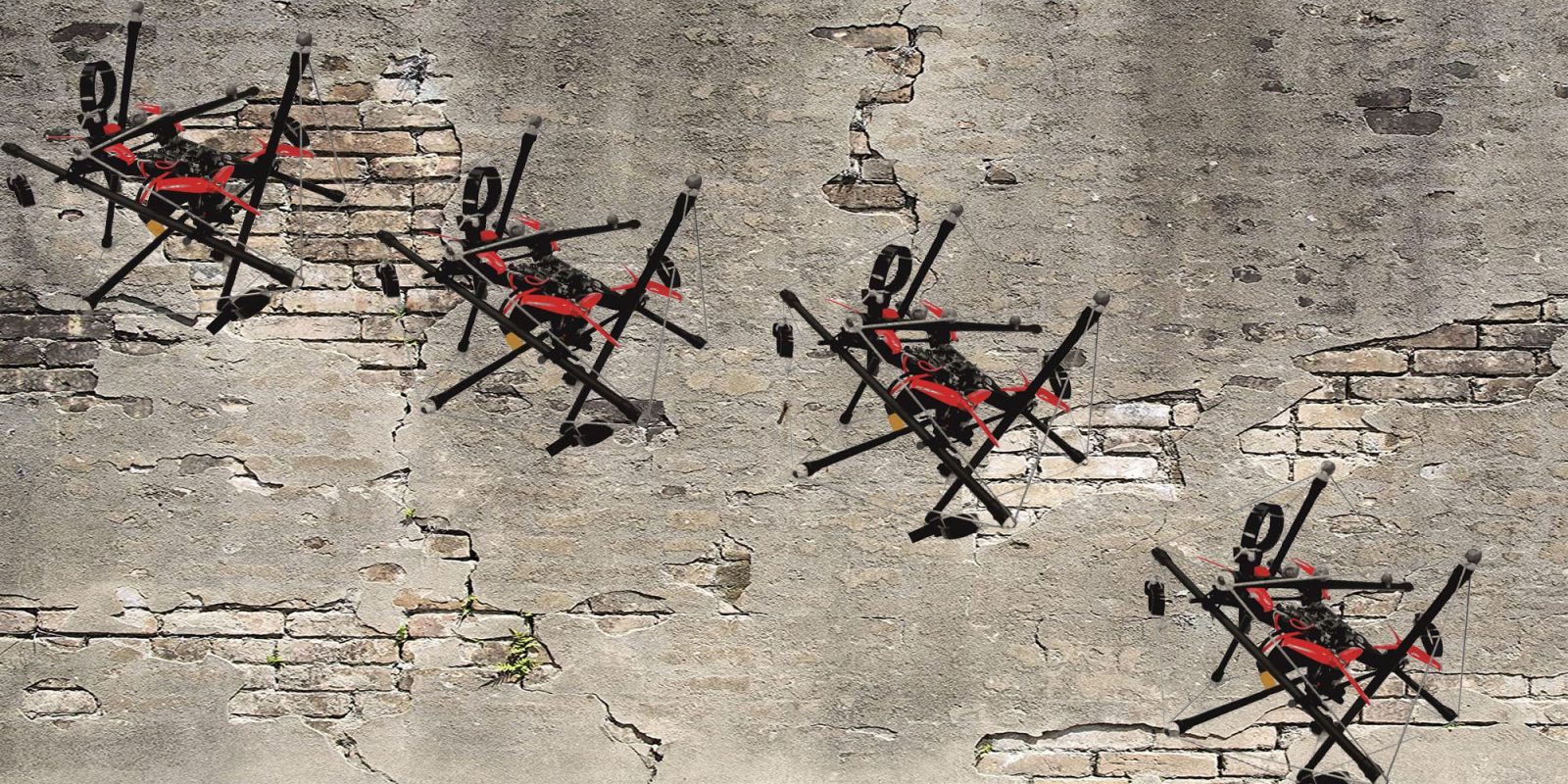 There’s a reason hobbyist drones come with a few extra sets of propellers. Even the most careful fliers still manage to steer their drones into surprise trees and unexpected walls. Propeller guards protect against many kinds of bruisings. But what about protection for the entire drone? What about protecting the drone against high speed crashes against concrete barriers? What about that?

Researchers at the High Performance Robotics Laboratory at UC Berkeley believe they have just such a drone. They built a twenty-sided tensegrity structure (an icosahedron if you prefer) to shield the aircraft. Tensegrity structures can be extremely strong for their weight and the researchers say this particular configuration can survive a crash while moving at 6.5 m/s or about 23 kilometres an hour.

A search and rescue mission for instance might take a lot less time if the drone could fly at full speed without worrying about a debilitating crash. The tensegrity structure won’t do much to directly protect people on the ground, but then a lighter drone is a safer drone.

Tensegrity structures are strong and light

The paper has a fair bit of math (well, a LOT of math) but they did develop a structure that makes up only about a fifth of the drone’s entire weight. And in that strange argot of academia, “Due to its light weight, the tensegrity frame causes limited influence on the vehicle’s flight performance. “

So, it can still fly alright.

The drone has a superficial resemblance to NASA’s Super Ball Bot which the space agency has suggested might be a possible vehicle to fly to Saturn’s moon Titan. There’s another resemblance as well. The Super Bot Ball moves by rolling. The Cornell researchers developed software that helps right the drone no matter which side it lands on after a crash.

Picking itself up and starting all over again

They tested it by rolling it like a die. And apparently it can pick itself up and take off again with little difficulty. It seems to give it some serious thought in this video.

Protecting a drone with tensegrity might be just the thing to save your own precious aircraft. The details on how to make one are all there in the paper.

If you can just fly through the math.