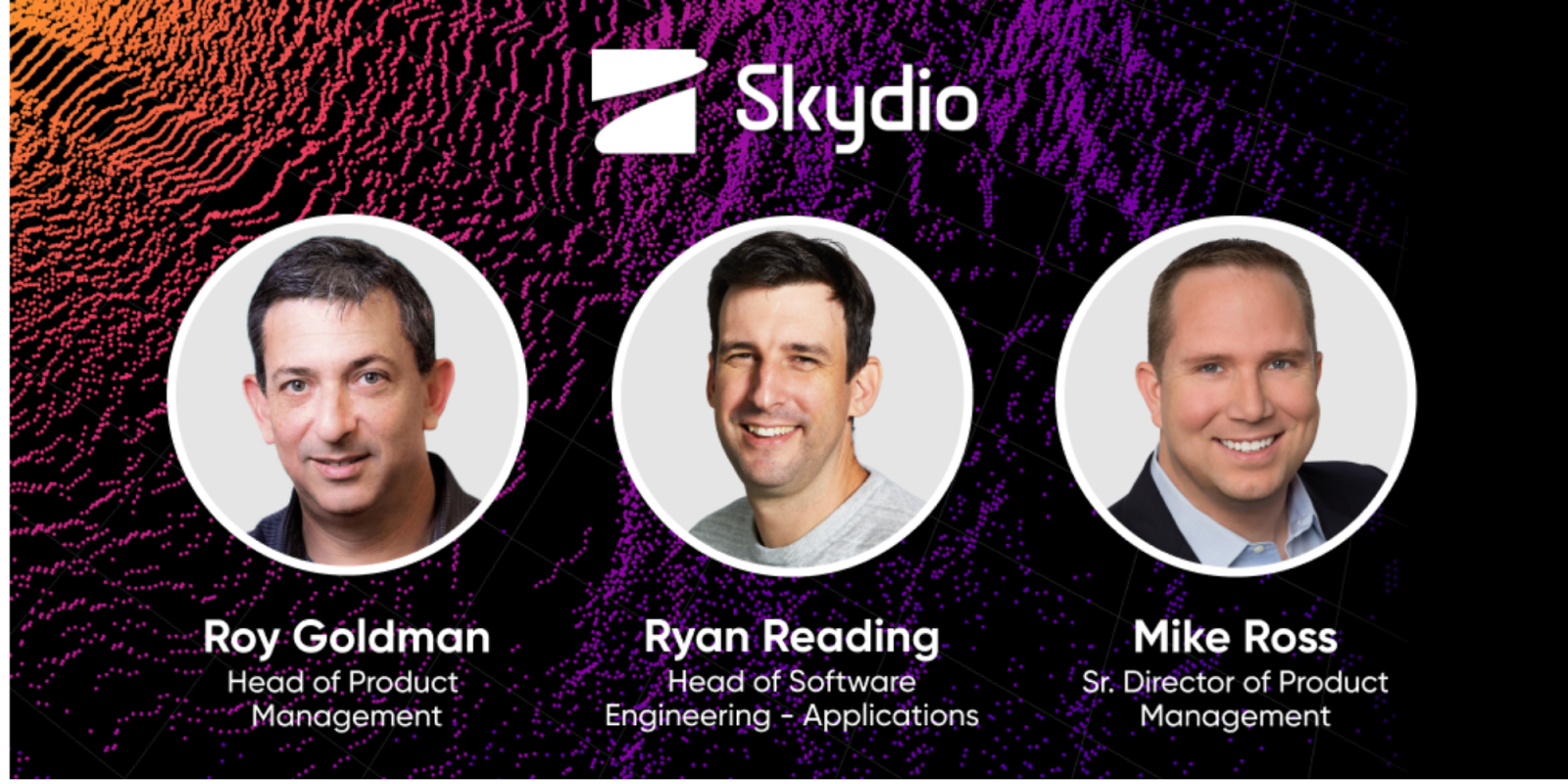 Skydio, the US drone company that’s leading the AI and automation charge, has announced that it just hired three people for senior positions. The move is part of the company’s push forward following its impressive $100 million Series C raise of venture capital.

If you haven’t been watching Skydio, you haven’t been paying attention. The US-based drone manufacturer has been making lots of news this year — and is about to make some more. First, a recap: Skydio raised $100 million, which will fund the next phase of the company’s product development. Then, it announced the impending release of its Skydio X2 drone, a rugged and thermal-equipped drone built for Enterprise, First Responder, and military clients. Then there was a partnership announced that will involve the sale of 5,000 Skydio 2 drones for automated roof insurance inspections. And — wait, there’s more — it was the FAA granting a state-wide, one-year blanket Beyond Visual Line of Sight waiver under Part 107 for Skydio X2 drones to carry out bridge inspections in conjunction with the North Carolina Department of Transport. Oh yes, plus some new leadership appointments.

Whew. That’s a lot of stuff. And the company says that’s just the beginning.

On Twitter today, Skydio pointed readers toward a news release on Medium. It said the company had just made “three key product and engineering leadership hires as it continues its rapid growth into the enterprise and public sector markets.” They are:

These critical hires come on the heels of the company’s recent $100M Series C raise to fund the next phase of product development for the enterprise, public sector and defense markets. Roy, Ryan and Mike bring industry-leading R&D expertise in IoT, cloud computing, autonomy, security, and aviation. They will play critical roles in realizing the company’s vision for the first-of-its-kind integrated enterprise autonomy stack.

Who are these guys?

Roy Goldman holds a Ph.D. in computer science and has more than 20 years of experience with product management and technology. Perhaps of greatest interest is that he is a former Director of Software Development for Tesla — a company where AI and autonomy clearly are a huge part of the value proposition.

Ryan Reading has held two senior roles at Samsara: VP of Engineering and, more recently, VP/GM of Fleet Safety. He has, says the release, “over 18 years of experience working in high-tech engineering for enterprise IoT, cloud and network security solutions.” As such, Reading no doubt sees Skydio’s competitive advantage against many competitors when it comes to AI. Just look at how easily the Skydio 2’s autonomy engine navigates these complex structures:

Mike Ross also comes from Samsara, described in the release as “the fastest-growing IoT company in the world.” At Samsara, he was in charge of the Telematics Product Group, which focused on cloud-connected fleet management hardware, tools, and applications. Cool fact: He was previously a fighter pilot and an experimental test pilot with the Navy. (Guess that means he’ll know airspace law!)

In addition to his Part 107 certificate, Ross holds an Airline Transport Pilot Certificate, and both multi-engine and seaplane ratings. Ross’ professional background provides him the perfect blend of enterprise IoT and deep aviation expertise, allowing him to guide the development of Skydio’s integrated enterprise autonomy stack, focusing specifically on connected flight operations.

Roy Goldman says there could not be a better fit:

I’m thrilled to join Skydio. With game-changing autonomy, Skydio’s drones are transforming manual, error-prone tasks into revolutionary, cost-effective solutions across a broad range of industries. I am eager to bring my experience with innovative software-driven, cloud-connected devices and apply it to Skydio’s exciting opportunities ahead. Existing solutions are based on a manual, hardware-centric design that makes them hard to use and easy to crash, limiting their applicability and increasing cost. Customers are clearly looking for easier to use solutions that deliver real automation. Skydio’s vision for an integrated enterprise autonomy stack will respond to this need and unlock the massive untapped potential of drones.

Skydio’s CEO is Adam Bry. We were pleased to have Adam on a recent episode of The Buzz, our DroneDJ podcast. Clearly, Bry and Skydio believe that AI, autonomy, and automation are the way of the future for drones. And clearly, Bry is pleased with the new senior hires:

Our breakthrough technology is a direct reflection of an incredibly talented team that spans hardware, software, and autonomy. I’m very excited to add Roy, Ryan, and Mike’s leadership and expertise to our team. In particular, their track record of delivering category-leading enterprise solutions with cloud-connected hardware will be key for us in solving the challenges for drones to realize their potential in the enterprise. Software is now the dominant factor for drones, and Skydio’s autonomy solutions are redefining the industry by fundamentally changing the way people use drones. Expanding our team has enabled us to lift our skill sets in further areas such as IoT, automation and the cloud.

To us, Skydio is the drone company to watch in the United States. Its products and vision are, we believe, ushering in a new way for drones to operate.

These guys will be busy.