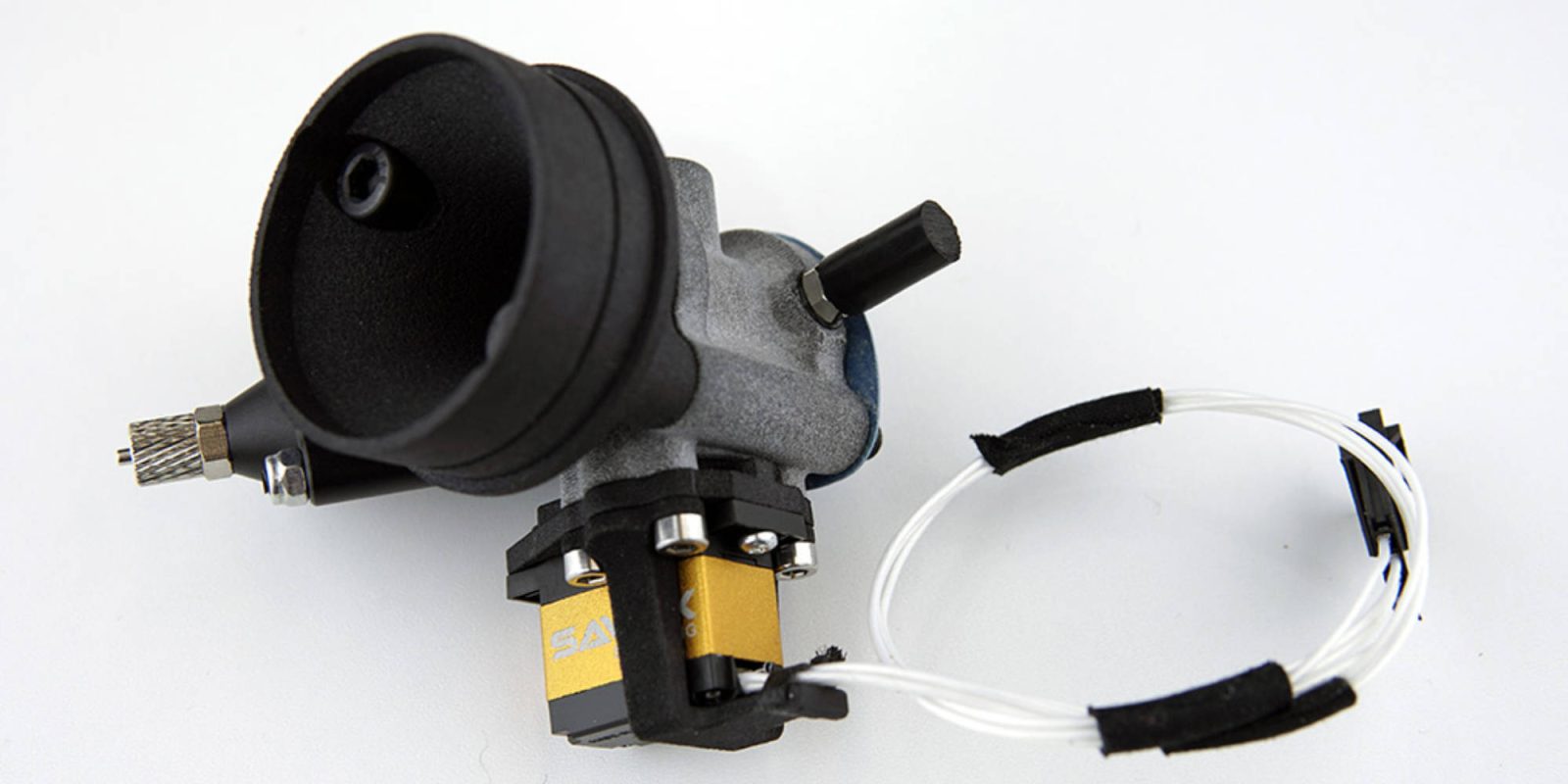 The small fuel injection system consists of an EFI controller, throttle body, and a fuel pump, which means a fuel pressure regulator is not needed.

The EFI adjusts for altitude to make sure the engine is getting the correct ratio of air to fuel and can be programmed to work with 2-stroke, 4-stroke, 1-cylinder, 2-cylinders, Wankel, propeller-powered engines, or hybrid systems.

The system also works with Jet-A, JP-5, and JP-8 heavy fuels, allowing it to be used on many drones, and only weighs 40 grams. It also captures the engine’s key data and transmits it back to the ground, to which adjustments are made to improve the engine’s efficiency.

The Löweheiser LH01ECU electronic fuel injection (EFI) system was behind Quaternium’s experimental version of the HYBRiX 2.1 drone, which was able to stay in the air for 10 hours and 14 minutes. The main issue the Löweheiser EFI solves is the un-optimized and large nature of current systems that have been adapted to be sued with drones.

”Over time, we have realized that EFIs bring other indirect benefits such as lengthening engine life. This happens because, with the carburetor, there are always situations in which the engine doesn’t work with optimal carburetion. Rich carburetion causes the spark plug to fail, and therefore, an engine stop, which does not always imply an accident but is a very risky situation. On the contrary, poor carburetion causes the engine to run too hot and initiates premature deterioration that will end in a breakdown.”

Below is a short video on the Löweheiser LH01ECU electronic fuel injection (EFI) system. You can head over here to see the Quaternium drone that was able to stay in the air for a record-breaking 10 hours.