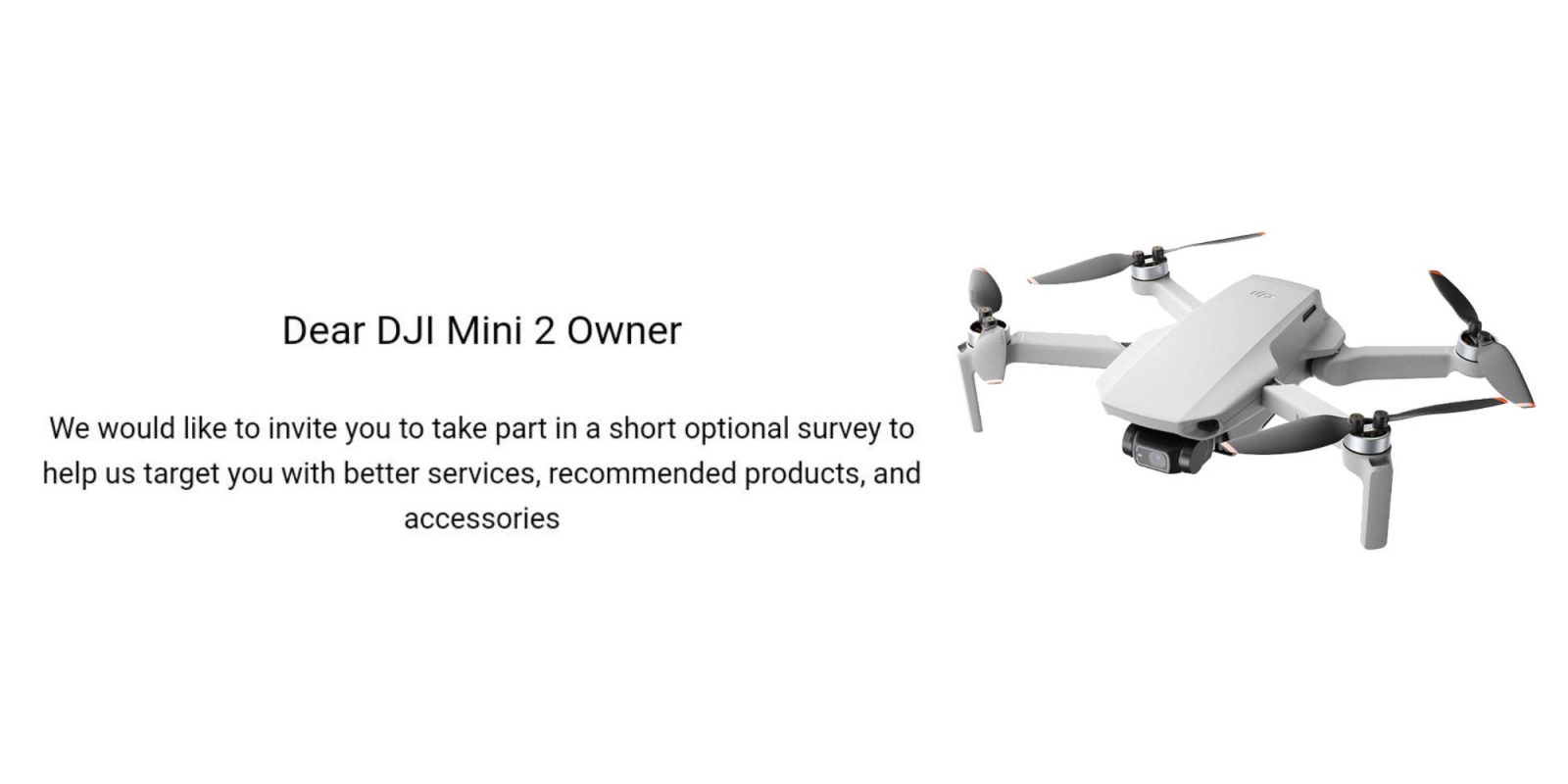 Hey DJI Mini 2 owners, DJI wants you to share some feedback on your recent drone purchase so it can improve its future products and better suit them to you and other customers. The survey is available right now in the DJI Fly app.

Upon opening the DJI Fly app after adding the newly released DJI Mini 2 to my account, a survey pop-up appeared. The pop-up is asking all Mini 2 users if they would like to take part in a short survey “to help us target you with better services, recommended products, and accessories.”

The survey consists of several questions asking you why you’ve decided to take the plunge and purchase a drone. It then asks why you chose the DJI Mini 2 and asks what you mostly use your drone for. DJI also wants to know where you heard about the Mini 2 and where you purchased it from.

The survey finally asks you a few personal questions and gives you the option of providing further feedback at a later date by providing your name and phone number.

It appears as though DJI wants to better understand its user base and the products it would like to see. This means DJI will be able to focus its efforts on products that suit its users, allowing them to create better products and make more money selling products people want.

The new Mini 2 has also gained new and improved motors that allow it to fly in stronger winds and fly faster. Most impressively, though, the DJI Mini 2 can now fly up to 10 kilometers away thanks to the inclusion of DJI’s OcuSync 2.0 transmission technology. That makes it the perfect budget drone for everyone.