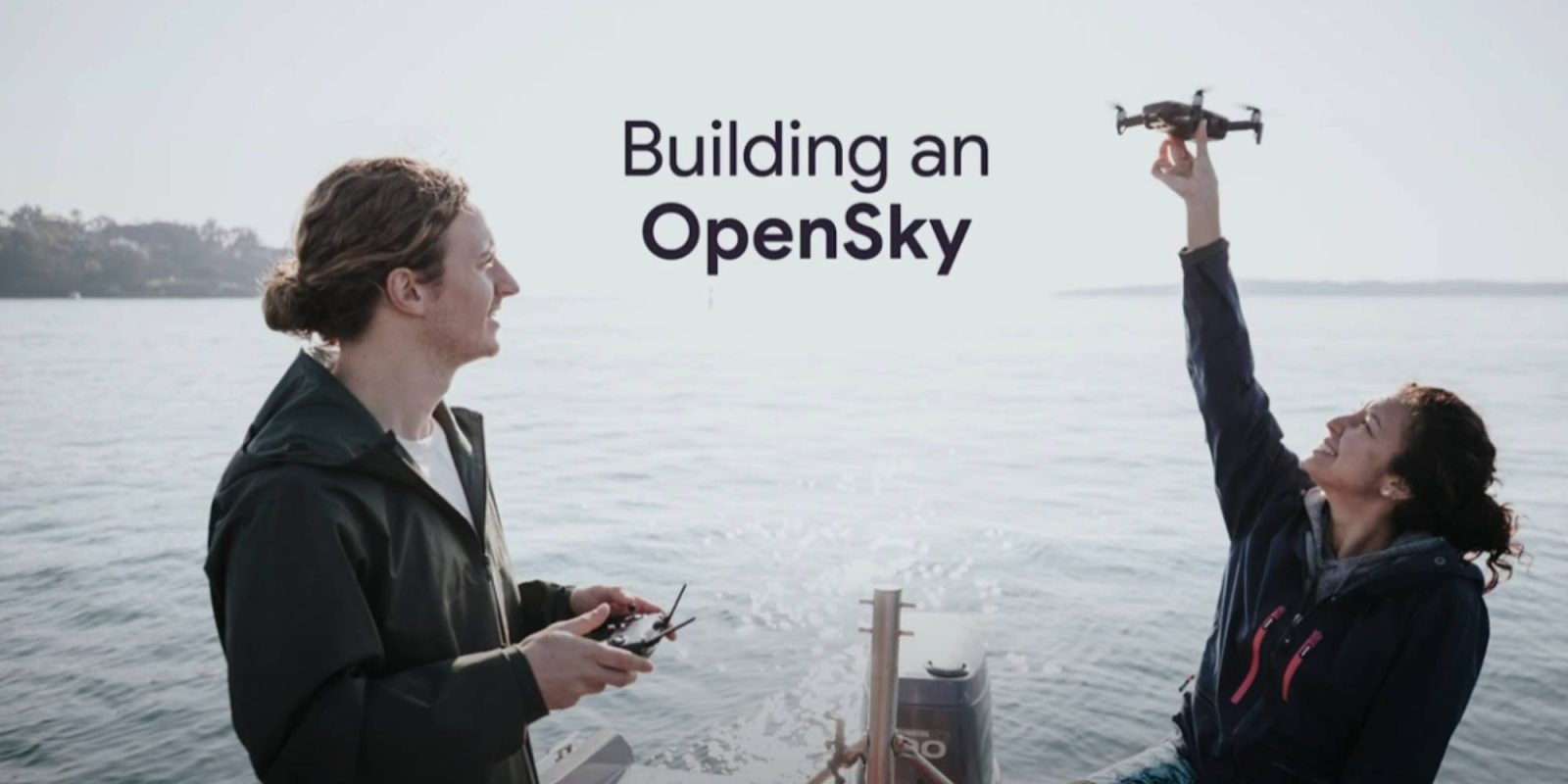 Today at the World of Drones Congress virtual event, Wing Aviation announced a few changes and new features for its OpenSky drone safety app. The changes include additional no-fly zones around active fires and flight cautions in national parks.

Wing’s presentation was hosted by Wing’s own Head of UTM, Reinaldo Negron, who shared the things Wing is doing to make it easier for drone pilots of all kinds to get out and start flying safely.

To start off the presentation, Negron went into how Wing is helping the commercial drone industry to hit the skies sooner. Negron pointed out that there are four main areas we need to look at when supporting the growth of the drone industry.

This includes ensuring there is diversity and innovation within the drone industry, the lowest possible costs for drone operators to enable easy and quick flights, harmonization that ensures all states and countries are following the same set of rules, and lastly, being able to scale quickly to adapt to the forever growing industry.

Now, onto the OpenSky app.

How OpenSky is being used

Over the past year in operation, OpenSky has been home to tens of thousands of drone flights around Australia. OpenSky was able to capture some of the data behind those flights, so let’s take a look at that now.

The Wing team found that users have been flying in remote areas of Australia, including Alice Springs, Kalgoorlie, Broome, Mount Isa, and Broken Hill. These are known for their mining industries, suggesting drones are being used more and more in mining.

The flight data also found that people used the festive season and public holidays to get out and get in the air. 44 percent of the current users are flying recreationally, suggesting the app is mostly being used to improve commercial operations safety. This does depend on the flight mode you choose in the app.

Over the last year, OpenSky has been collecting all the user feedback it has received and has already been updating it over the year to improve the overall experience.

If you’re about to take off and there happens to be an active fire nearby, the app will warn you of the fire and tell you to keep on the ground. This is a feature that OpenSky users have wanted since the app’s launch and is more important than ever with the massive wildfires taking over Australia and the world.

The other addition to the app is national park warning zones. If you intend to take off from within a national park in Australia, all 681 of them, OpenSky will warn you and tell you to check with the park authorities to see if you can and any paperwork you have to do fill in to fly.

On a smaller note, the Romeo 405 (R405) restricted area or the Sydney Harbor restriction has been updated to the correct boundary along the harbor’s edge. Removing the chance of accidental illegal flights from happening is one of the most flown locations in Australia.

Updates coming in the future

Wing Aviation has added new functionality into the app in preparation for when Australia adds support. This includes automated access to the airspace. OpenSky will allow you to schedule flights with the time, duration, altitude, and location you intend on flying in. This will allow drone pilots to get approval within seconds at no cost to them. The Wing team has been looking at the system in place in the US as a starting point.

OpenSky has also been testing this feature out in France & the United States.

Wing also plans to add a logbook feature to track and manage all of your drone flights. This will also allow the app to notify of any airspace restriction changes before you take off. The log will also keep track of the pilot’s information, the drone’s information, the flight path, flight duration, and anything else required by the government.

The app launched on the Google Play Store, App Store, and on the web last year, making it the first of many CASA approved drone safety apps to hit the market.