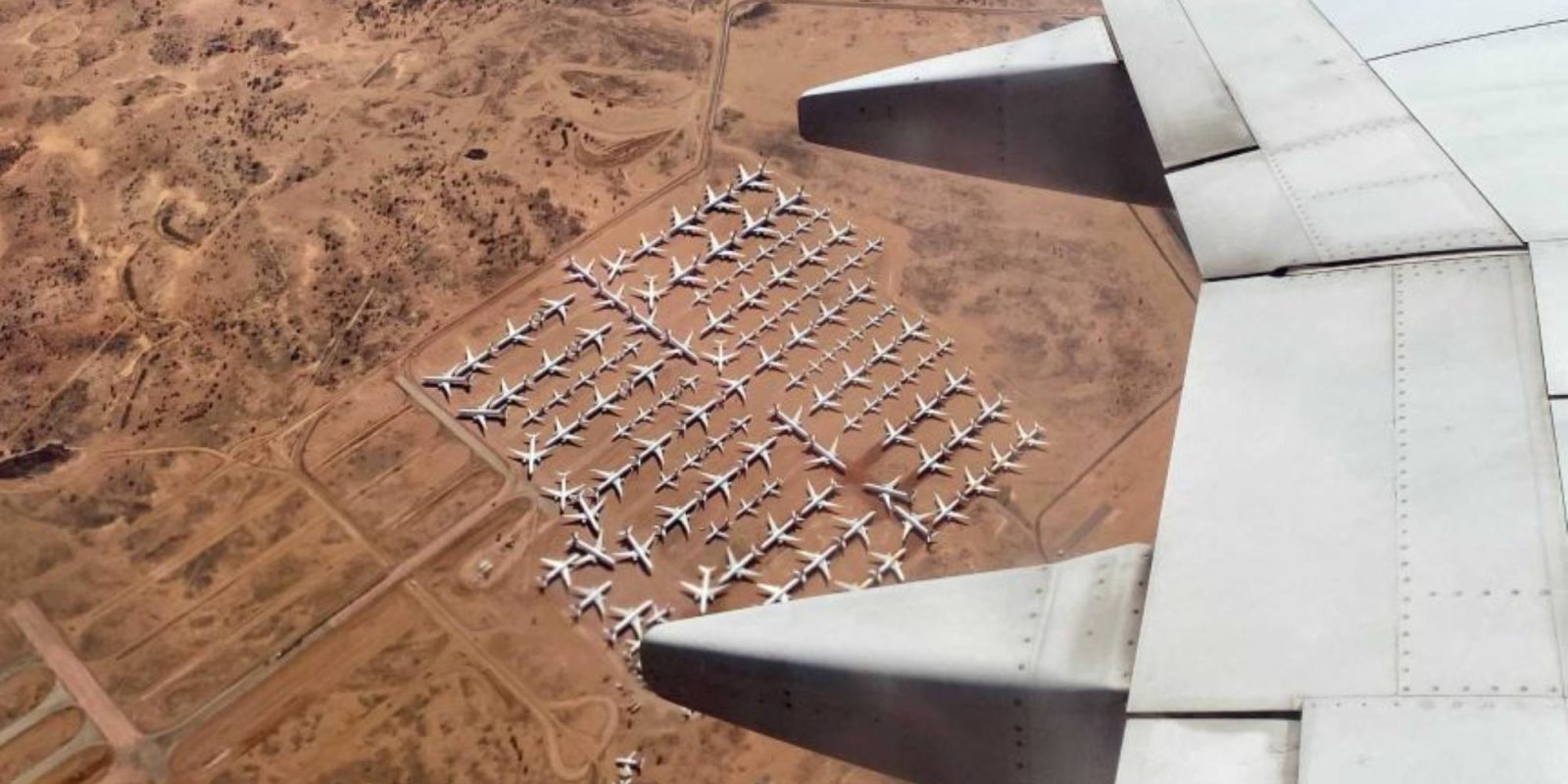 Over the last few months, Alice Springs Airport staff in Northern Australia have noticed an increase in illegal drone flights as a result of COIVD grounding a large fleet of aircraft at the airport. It makes for interesting but illegal and dangerous aerial photos.

Due to the global pandemic shutting down much of the world and grounding most flights, Alice Springs airport has become home to a large fleet of aircraft all parked up next to each other.

Over the months, as the planes were flown in, people began to notice and took to the skies with their drones, even though they would be flying into a no-fly zone. During this time, the staff noticed more and more drones flying around the airport and has spotted around 50 so far. Dave Batic, the airport’s general manager said:

In the last four months, we’ve been able to identify and track well over 50 drones, which is concerning for us from a safety perspective.

The airport shared all of this information online as an urgent warning to everyone that has flown or is thinking about doing so. Batic later said that the airport has the technology to track and identify drones flying in the area.

The planes are being stored at the Asia Pacific Airline Storage (APAS) facility, which is right next to the airport as the dry climate doesn’t allow for moisture to damage any of the aircraft.

It is a serious problem because if there were to be a mid-air collision between an aircraft and a drone, the consequences could be catastrophic. The rules are very clear: You must keep your drone more than five-and-a-half kilometers from airports at all times, you must never fly your drone in a way that puts an aircraft at risk at any time, and the onus is on you as the person flying the drone.

If you or anyone you know plans on taking photos or videos at the airport facility just remember that social media is being monitored for the images and fines of up to $11,000 or two years in jail are being handed out to anyone caught.

Anytime you want to go out flying, be sure to check the flight restrictions with a drone safety app. For Australian drone flights, Wing Aviation’s OpenSky is a great choice with accurate information. If you are in the US, make sure to download the B4UFLY app.