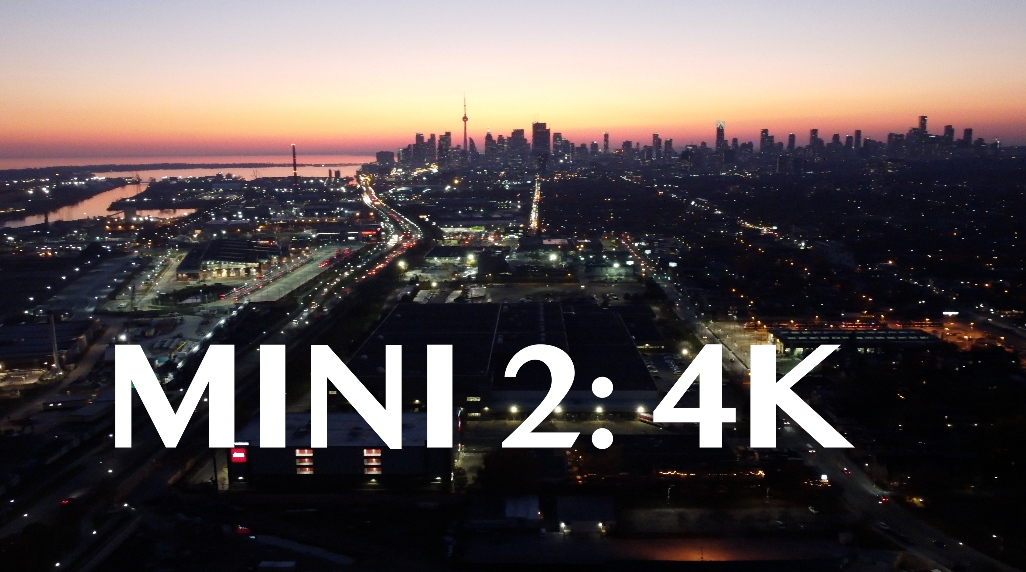 You’ve perhaps already seen our overview video of DJI’s new Mini 2. And maybe you’ve also watched our race(s) between the Mini 2 and the original Mavic Mini. And while we’ve examined the features and performance of the new drone, we wanted to take — and let you take — a closer look at its 4K video quality.

We’ve been having a lot of fun with the Mini 2. It’s more powerful than its predecessor and has a number of other new features. The biggest, of course, is its 4K video and RAW stills capabilities. They’re both quite something to get in a drone that’s under $500 US and also under 250 grams. Yet, it’s one thing to read about 4K on paper; it’s quite something else to drill down and see what that actually looks like in the real world. We’ve been doing a fair bit of shooting with this drone, including at locations we felt would challenge its dynamic range capabilities, as well as its performance in low light.

So we decided to pull that all together for you.

That’s how you could view this video: Highlights from our brief time so far with the Mini 2. We’ve managed to hit a number of locations — and each of them give us some fresh insights into the camera’s performance. Collectively, we believe, these give you a pretty good idea of how well this machine performs in the wild.

If you are funning a Mac and have not upgraded to Big Sur, you’ll need to use Chrome as a browser. Then click on the gear icon and select 4K.

As noted, highlights can get blown out when shooting with auto exposure. We’ll have to try out manual settings next, as well as perhaps a Neutral Density filter. But overall, we felt it performed quite well given its price point and the harshness of some of those highlights.

The cityscape shot, perhaps more than anything else, revealed the wide-angle distortion of the lens. You can really see, with those giant chimneys, how the phenomenon is quite noticeable on vertical structures that are not framed in the center. This isn’t something you’re likely to notice much with trees or most landscape, but it was clearly visible with these vertical structures.

Like the original Mavic Mini, we’re impressed with the color accuracy straight off the micro-SD card. The leaves and grass were bang-on, and the brick and wood inside the home under construction also looked super close to how they appeared when peering inside with the naked eye. (In fact, a professional photographer friend owns the Mavic Mini and has remarked multiple times how good the color and detail are on that 2.7K resolution machine.)

We were impressed with this machine when we first took it out of the box.

More details and specs on the Mini 2 here.